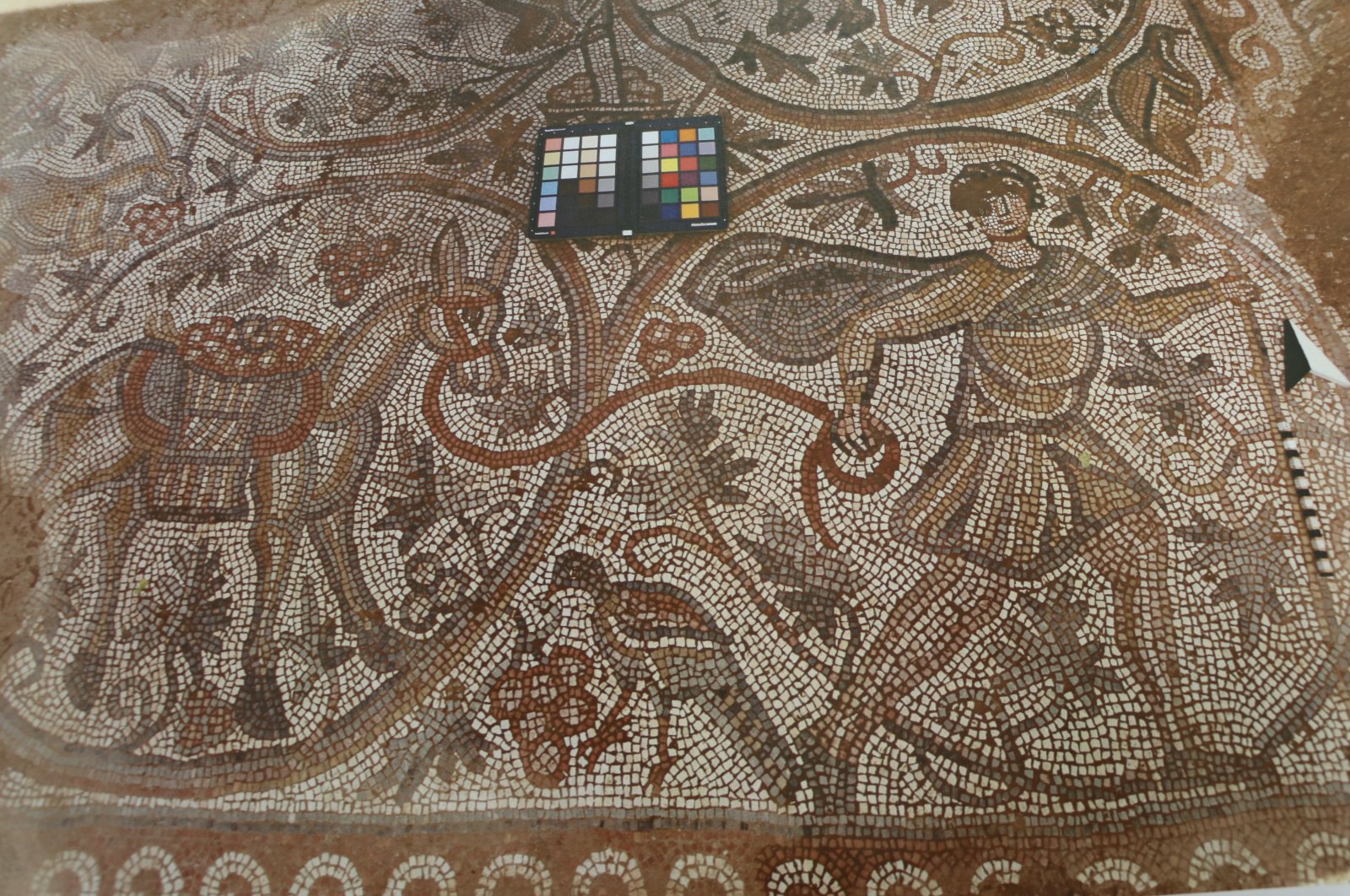 A Late Roman Period mosaic that depicts the grape harvest in the Amik Valley was unearthed during excavations in the Hassa district of Turkey's southern Hatay province. The ancient mosaic, featuring impressive figures, will be on display in a temporary exhibition to be held as part of the city’s Grape Harvest Festival.

The 6-square-meter (64-square-foot) mosaic was discovered during illegal excavations in the Mazmanlı neighborhood on the floor of a late Roman church dating back to the 5th and 6th centuries. It was completely unearthed during the excavations carried out in 2002 and has been meticulously preserved since 2016 in the Hatay Archeology Museum, which is among the museums where the world's largest mosaic collections are exhibited.

Restoration work was started by six expert restorers on the artifact last month in the Hatay Archeology Museum. After the completion of the work, the mosaic will be on display for local and foreign visitors at the Grape Harvest Festival on September 6.

The mosaic will introduce visitors to the "historical" traces of the grape, which had an important place in agricultural activities in the Late Roman Period.

Hatay Archeology Museum Director Ayşe Ersoy told Anadolu Agency (AA) that the mosaic has been preserved in the museum's warehouse since 2016. Ersoy pointed out that the mosaic, on which the importance given to grape cultivation in the Late Roman Period is depicted, is also very important for the promotion of today's grape production in the region.

She stated that the mosaic features a donkey figure carrying a basket full of grapes and a worker figure directing this donkey. Noting that this artifact will help bring the 5th and 6th centuries to the present day, the director continued: “Grapes have been a very important source of livelihood and trade material in the fertile lands of the Amik Valley for thousands of years. The fact that Hassa was an important grape center at that time is revealed in this work. We will introduce the mosaic to our visitors with the grape festival.”