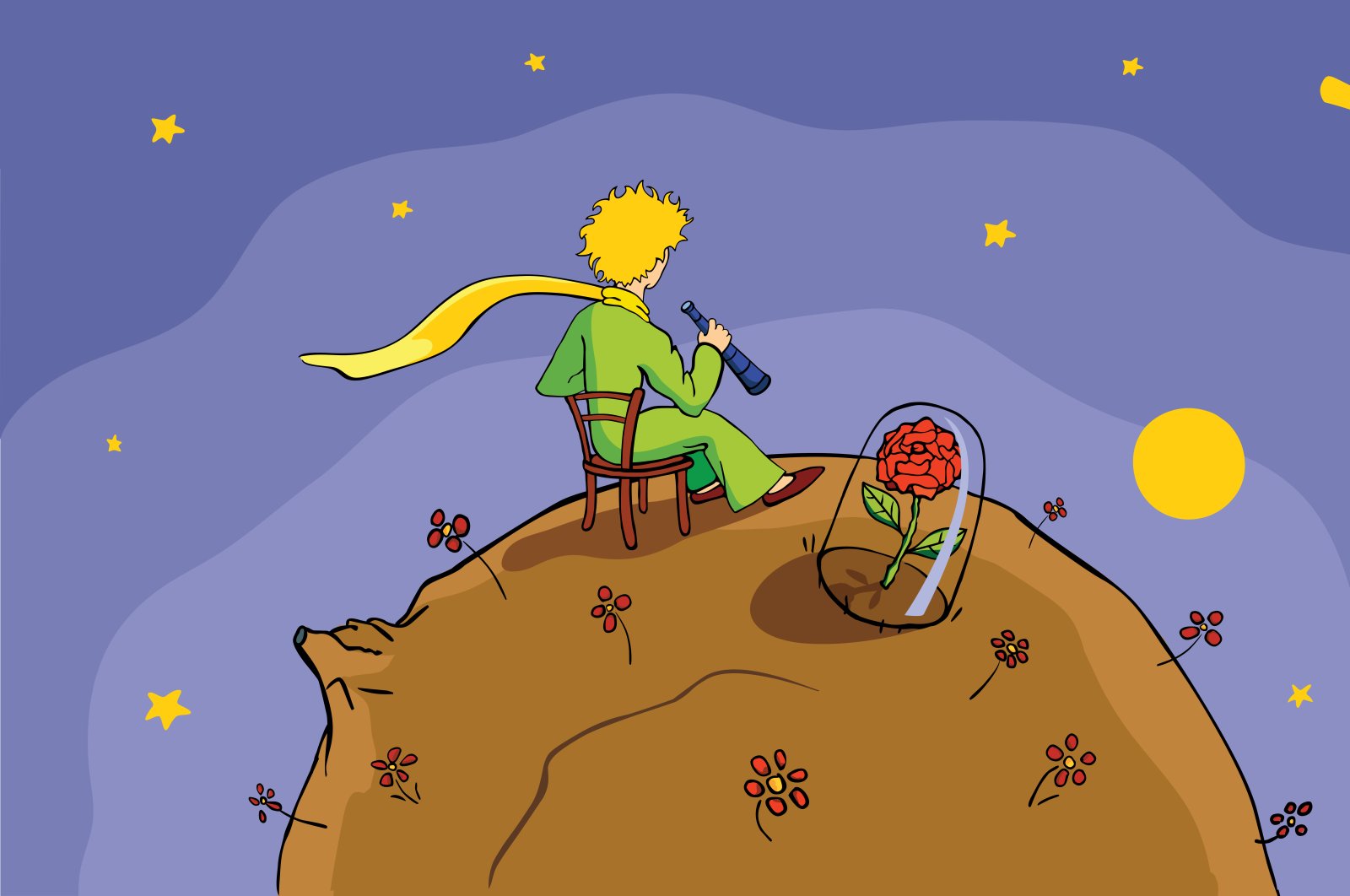 “The Little Prince” is the beloved story written by French writer and pilot Antoine de Saint-Exupery in 1943 in the U.S. (Shutterstock Photo)
by Anadolu Agency Jul 06, 2020 12:34 pm
Edited By Irem Yaşar
RECOMMENDED

A museum that features 2,000 editions of “The Little Prince,” the beloved story written by French writer and pilot Antoine de Saint-Exupery in 1943 in the U.S., has opened to visitors in Turkey’s central Eskişehir province. The Little Prince Book Museum, located at the Eskişehir Anatolian High School, has piqued the public's interest.
Ali Lidar, a philosophy teacher at the high school and a fan of “The Little Prince,” began collecting various editions of the book years ago. He exhibited the editions of the book he had collected at various fairs and then rolled up his sleeves to found a museum in a building used for lodging by the school administration.

At the end of nearly a year's work, The Little Prince Book Museum was created in the high school with 2,000 editions of the iconic masterpiece in 400 languages. While an official inauguration ceremony was not held for the museum due to the coronavirus outbreak, a limited number of people are allowed to visit the museum. Visitors also have the opportunity to take a photo with the "The Little Prince" in a section of the museum.
In an interview with Anadolu Agency (AA), Lidar said “The Little Prince,” which has been translated into 400 languages, has always been a favorite in Turkey. Underlining that he admires the book, the teacher continued: “I have been collecting editions of ‘The Little Prince’ for many years. My students and friends sent me editions from where they went. However, I supplied most of them myself. Mehmet Sobacı and Yıldıray Lise also collect 'The Little Prince' like me. We had the idea to create a museum. We held some exhibitions but wanted to create a place people could visit all the time. I am lucky to be a teacher at Eskişehir Anatolian High School and that the school building is available for use. With the help of the provincial director of national education, Hakan Cırıt, and the school's director, Rifat Günday, we started the preparations for The Little Prince Museum and created this place.”

Lidar said the museum showcases editions of “The Little Prince” printed by more than 200 publishing houses in Turkey. “‘The Little Prince’ written in Braille, a tactile writing system used by people who are visually impaired, is also available in our museum. We are also hosting the smallest edition of ‘The Little Prince’ in the world. We have books in Göktürk script (Old Turkic script), Aztec and Mayan languages and hieroglyphics. We also have the edition in the Bambara language used by a local tribe in Mali in West Africa," Lidar said.
He expressed his desire to convey messages to children as a teacher, saying children need to learn that many languages are spoken in many parts of the world – which will improve the awareness of brotherhood in children and show them that the world is not as big as it seems. Underlining that people who speak different languages in different parts of the world can live in peace, Lidar noted: “This library is concrete proof of that. ‘The Little Prince’ tells the story of a child with beautiful stories who offers universal messages to people. The books from many countries are side by side here.”

Rifat Günday, the director of Eskişehir Anatolian High School, said they restored the building, which had been previously used as a lodging and scout house, and turned it into a museum for Lidar’s rich “Little Prince” collection. He said they had created a place where children could enjoy and learn about museology.