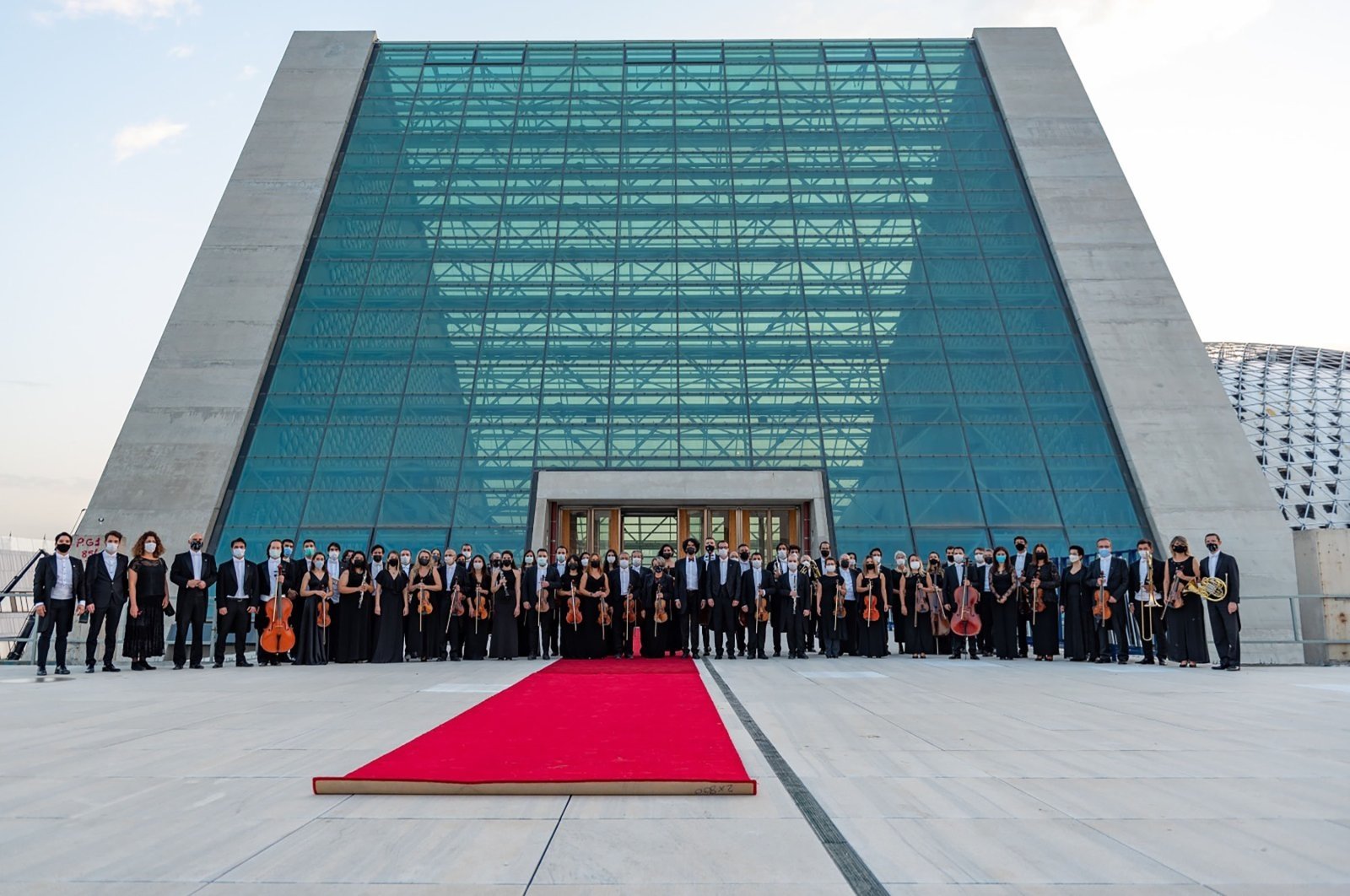 Within the framework of the 200th-anniversary celebrations of the independence of Latin American countries Brazil, Costa Rica, El Salvador, Guatemala, Mexico, Panama and Peru, the most outstanding examples of Latin American symphonic music will be presented to listeners at Turkish Presidential Symphony Orchestra (CSO) Concert Hall in the Turkish capital Ankara on Friday.

Organized by the embassies of Costa Rica, El Salvador, Guatemala, Mexico, Panama, Peru and Brazil in coordination with the Turkish Foreign Ministry and CSO, the concert will commemorate the bicentennial anniversaries of independence.

Pointing out that it is not the first time he is to play Latin American music in Turkey, Varas said 90% of the music to be performed on Friday will be new for the CSO.

Born to an Argentine family in Buenos Aires, Varas has been living in Turkey's Izmir province since 2006 and is currently serving as the head of the Izmir State Opera and Ballet Orchestra.

Noting the significance of 200 years of independence for the Latin American countries, the prominent conductor said the concert will include 14 pieces from the countries that are celebrating their independence day.

"The music is Latin American music, but not all (of the pieces) are the same. In Brazil's case, it is the traditional music of Brazil. But in the case of Costa Rica, it is salon music, like a Viennese waltz with a Latin American color. In the case of Peru, we have El Condor Pasa. It's a traditional melody which is known by all, including Turkish people," he said while noting that those attending the concert will also listen to something new.

Describing it as a "great one," Varas said “Danzon No. 2” will be played in the last part of the concert, noting that the piece is "famous in all the world."

He said it is not the first time that he has performed a concert with the CSO, adding: "We enjoy so much when we are working together. I do hope they enjoy it as well."

The Argentine conductor also praised the presidential orchestra, saying, "It's one of the best orchestras in Turkey and one of the best in this part of the world," adding it is an "honor" to be working with the CSO.

Commenting on his experience here in Turkey as a foreigner, Varas said he feels that he is part of this country as he had gained his citizenship too.

After settling in Turkey's Aegean province of Izmir, Varas said he "really fell in love with Turkey, and I saw the qualities of this country – the people, the food, everything."

Noting the importance of having a "balance between freedom and security" in life, he said, "these two things we have here in a good balance."

"Also, as for my family, I have five children, and we came here together. Thinking about my children, I think they will grow more safely and happier here ... We have much more time together here in Turkey. I love Turkey," he said while trying not to speak in Turkish.

"I hope everybody enjoys this concert, as I feel happy about it," he added.

Noting that the event will be part of a "continuing celebration" that started in late May this year and will run until 2023, Hernandez said it will "be a fantastic concert that will give you an idea of the cultural richness of our countries."

To mark the bicentennial independence anniversaries of Latin American countries, the Turkish Ministry of Foreign Affairs and the embassies of these countries in Ankara planned to undertake a series of joint cultural and academic activities. Events began with representatives of the Ministry of Foreign Affairs and the chiefs of the mission of the Latin American countries with a wreath-laying ceremony in the mausoleum of Mustafa Kemal Atatürk, the founder of the Republic of Turkey.

Regarding the celebrations, Hernandez said: "Apart from the activities we are celebrating with Latin American countries, we (Mexico) have a gastronomical festival and an archives exhibition at the National Archives of Turkey, which will show documents relating to the relationship Turkey, the Ottoman Empire had with Latin America."

"Next year, we will have other events in the field of arts, also archaeology," he added.

He also hailed bilateral relations with Turkey, saying, "There has been an increase in the relations between Turkey and Latin America."

The "Bicentennial Concert," which will be held at the new concert hall in Ankara, is expected to be attended by Turkish authorities and representatives of the Diplomatic Corps accredited in Turkey, as well as representatives from the business and cultural sectors, academia and the Latin American community in Ankara.