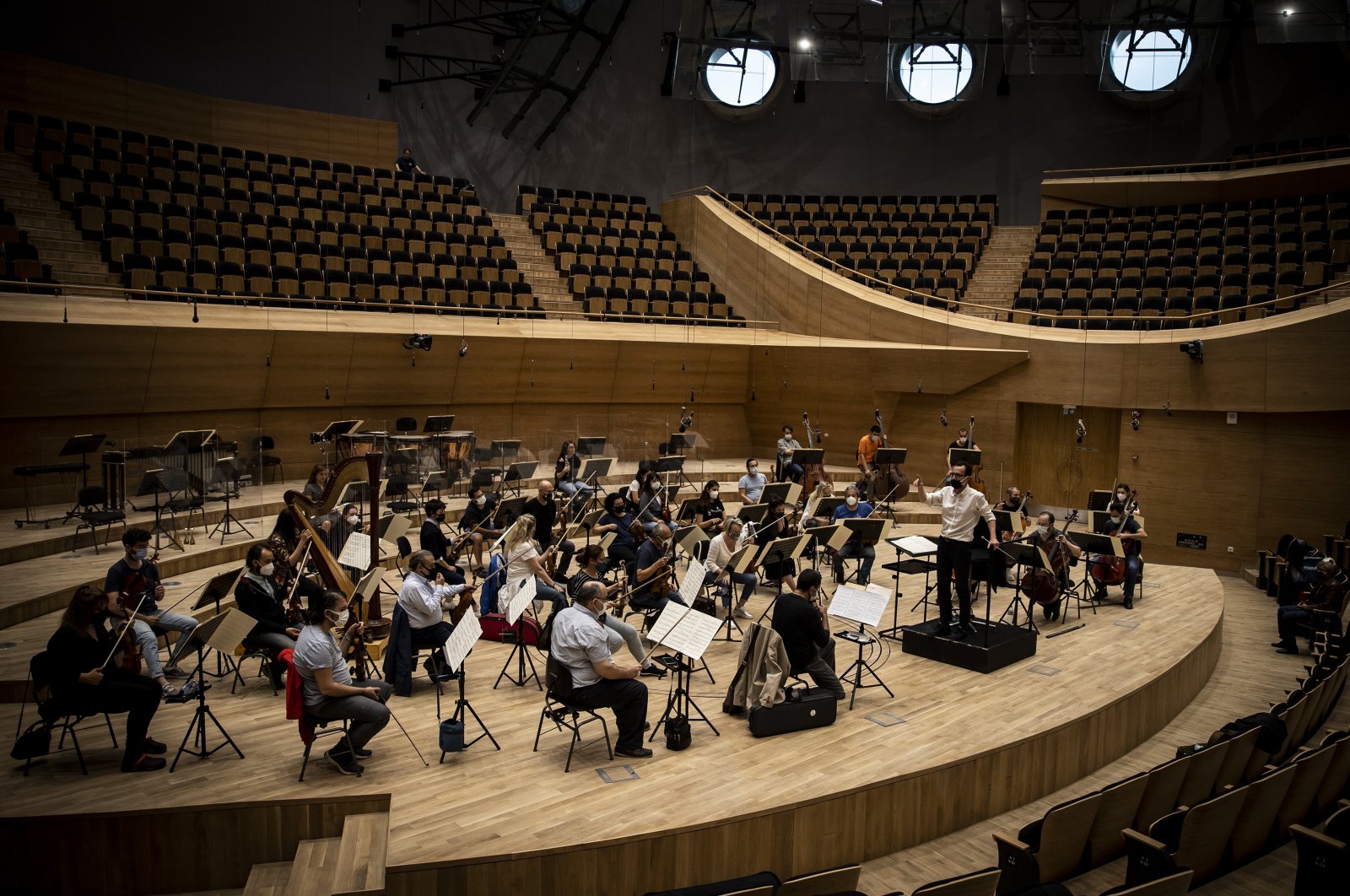 Turkey's Presidential Symphony Orchestra (CSO) will present musical feasts to listeners as part of the 2021 Summer Concerts series sponsored by Turkey's Ministry of Culture and Tourism. While the country's flagship orchestra is currently scheduled for a number of live virtual performances from its CSO Concert Hall and other venues across Turkey, it desires to organize a series of concerts with in-person audiences during the summer season across Turkey.

"We want to perform concerts with in-person audiences in July in line with the regulations of Turkey's Ministry of Health and Ministry of Culture and Tourism," CSO's Conductor Cemi'i Can Deliorman told Anadolu Agency (AA). Even at half capacity, their main goal is to perform for music lovers in July by taking all health measures, Deliorman said.

The Ministry of Culture and Tourism has launched the Summer Concerts project to hold concerts after more than a year of shutdown in the entertainment industry due to the pandemic. As part of the project, choirs, ensembles and orchestras plan to perform around 130 concerts in different cities and museums across Turkey in June, July and August. While listeners can enjoy the concerts on digital platforms, the ministry will announce if physical concerts will be allowed under appropriate conditions.

"By using digital facilities at the concert hall, CSO is one of the art communities that has never broken away from both its works and its audience, even during the pandemic period," Deliorman said when speaking of the impact of COVID-19. "We reached our audience with our records amid the pandemic. We have released over 90 records for educational projects. Additionally, we held numerous open-air concerts when the pandemic first started."

He went on to say all members of the orchestra have been vaccinated and are ready to appear in the concerts with in-person audiences.

After the inauguration of CSO's new building by Turkish President Recep Tayyip Erdoğan in the capital, Ankara, the hall opened its doors to art lovers on Dec. 3, 2020, with a concert conducted by Deliorman.

The building complex houses the 2,023-seat Grand Hall, the 500-seat Blue Hall and the 600-seat Historical Symphony Hall, which will be integrated shortly after its renovation.

The campus has restaurants, a museum and open-air spaces, making the building a meeting place for art and culture lovers.

The hall is located in the heart of the city with a view of the historical Ankara Castle and Anıtkabir, the mausoleum of Mustafa Kemal Atatürk, the founder of the Turkish Republic.

While the minimalist design language is enriched with coherent support of wood, glass and concrete, the consultancy for acoustics was provided by professor W. Fasold in association with the Fraunhofer Institute for Building Physics, according to CSO's website.

Along with a big concert tour throughout Turkey within the context of the Summer Concerts Project, the CSO also expects to continue to hold concerts in Ankara.