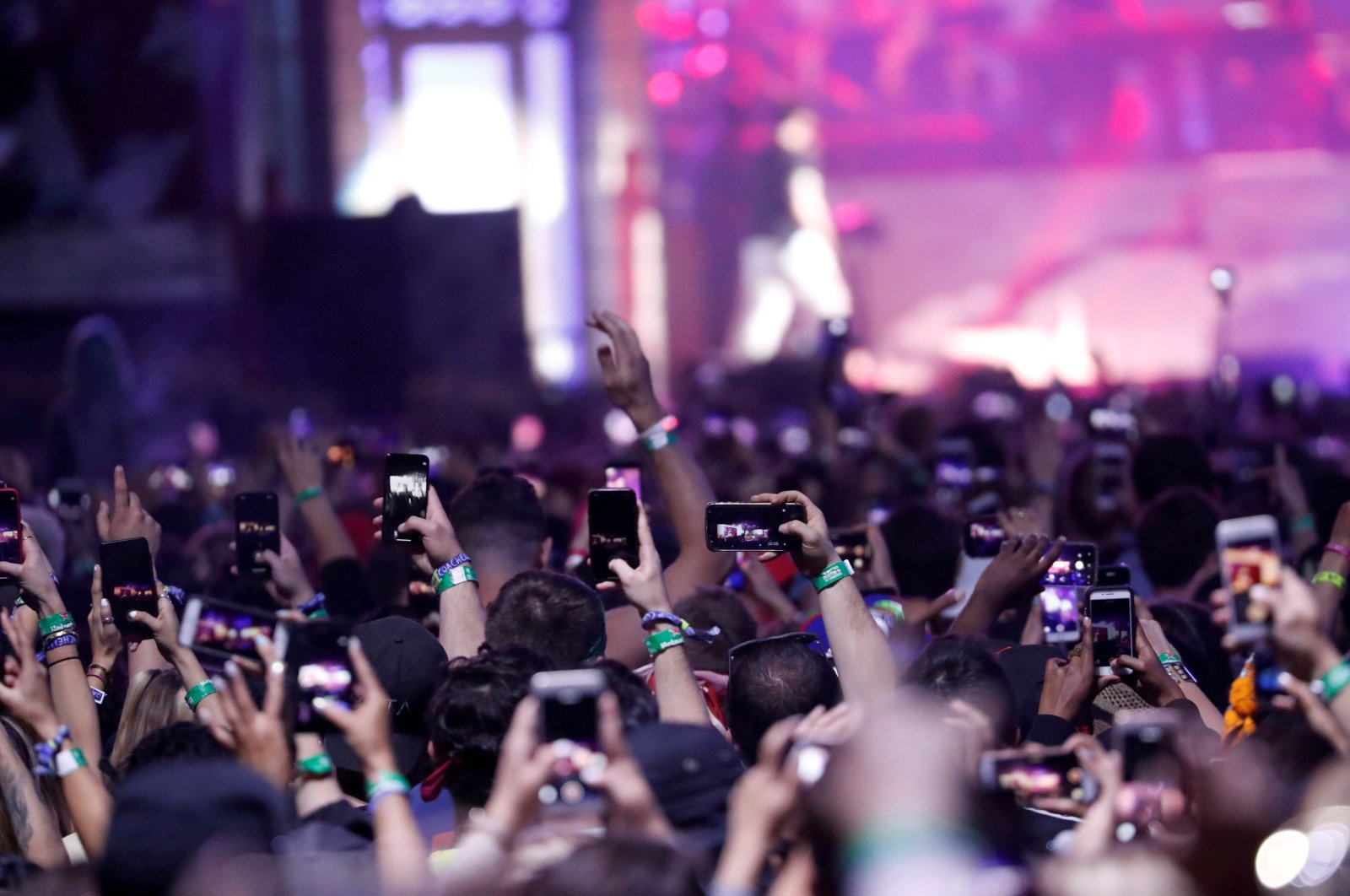 Concertgoers use their mobile phones during Eminem's performance at the Coachella Valley Music and Arts Festival in Indio, California, U.S., April 15, 2018. (REUTERS Photo)
by REUTERS
Jun 02, 2021 9:52 am

Following postponements that have seen the event canceled twice so far due to concerns over the coronavirus, the Coachella music festival will finally come back in April 2022, the organizer announced Tuesday.

The 20-year-old music festival, one of the largest in the world, was canceled in 2020 because of the coronavirus pandemic. Organizers had been working to bring it back in October 2021, according to media reports, but that plan was ultimately scrapped.

The festival brings half a million fans to an open-air site in Indio, east of Los Angeles, over two weekends. The 2022 dates are the weekends of April 15-17 and April 22-24, organizer Goldenvoice, a festival and concert company, said in a statement. Tickets go on sale on Friday, June 4.

The performers for 2022 have not been announced. The acts that were supposed to headline the 2020 lineup included Frank Ocean, Rage Against the Machine and Travis Scott.

Stagecoach, a country music festival also held in Indio, will follow Coachella from April 29 to May 1, 2022.

Live performances were canceled around the world amid the spread of COVID-19. They are starting to return to the U.S. and other countries where vaccinations have increased and cases of the disease are on the decline.