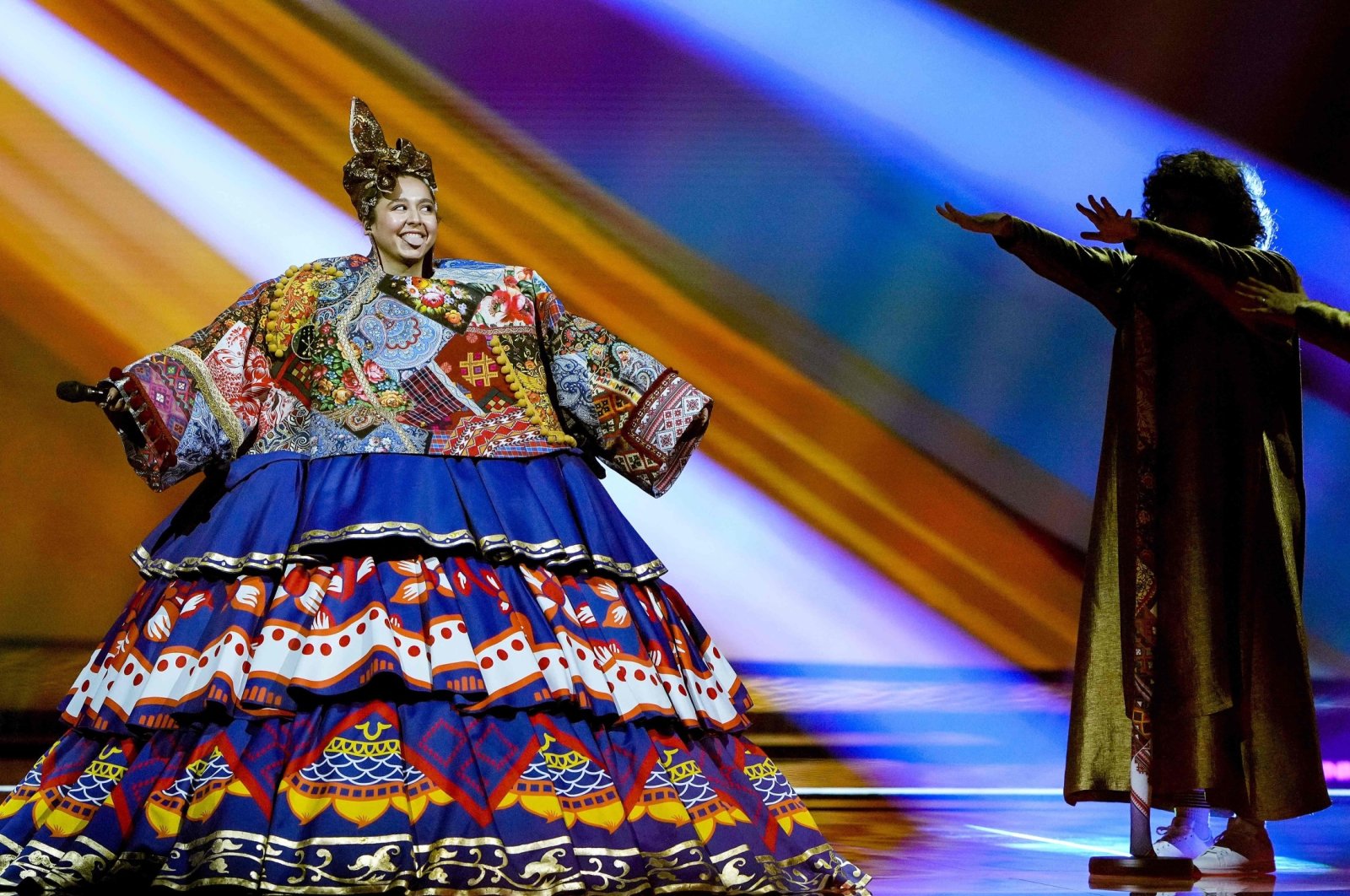 Manizha from Russia performs with the song “Russian Woman” during the dress rehearsal of the final of the Eurovision Song Contest in Rotterdam, The Netherlands, May 21, 2021. (AFP Photo)
by Reuters May 21, 2021 4:01 pm
RECOMMENDED

Most events over the past year have been either canceled or moved to digital platforms and 2021's popular and beloved Eurovision song contest has had to face the same obstacles, with this year's event being held in attendance of only a few thousand enthusiasts. However, that has not stopped die-hard fans from celebrating the show, albeit online.

Peter Baston has attended eight out of the last 10 Eurovision song contests in person. This year, the coronavirus restrictions will prevent the Malmo resident from traveling to the host city Rotterdam, but that does not mean he can't join the celebrations.

"We've really missed it since Tel Aviv so everybody's doubly excited this year that the contest can actually be held at all in any form," Baston, who is in his 70s, told Reuters.

"I listened to the first semifinal the other evening through my computer with headphones on. And then I really got the feeling of being there because (of) the roar of the crowd, it felt like 30,000 instead of 3,500 in the arena."

Eurovision fans stranded in their home countries due to the COVID-19 pandemic are reaching out to friends and online communities to celebrate the event, known for its kitsch pop songs and flamboyant costumes.

The Netherlands is hosting the 65th edition after Dutch singer-songwriter Duncan Laurence won the 2019 contest in Tel Aviv. Last year's event was canceled due to the pandemic.

All 39 participating countries and their delegations are tested before they enter the venue. Some 3,000 fans can attend through the Dutch trial scheme for events during the pandemic. They have to show a negative COVID-19 test.

For the thousands of Eurovision fans abroad, attendance is near-impossible this year. But that does not mean the party has to stop.

"It's not the same, but we can still feel it," Swedish fan Helena Jonsson, 54, said while dressed in her national colors.

Last year marked the first time the contest, which draws a television audience of about 200 million, was canceled since its inception in 1956.

Global fans saw their trips canceled as borders closed – including Australian Hayley Bessell. However, despite lockdowns, the show must go on, with some creative solutions.

"I'm actually flying down to Canberra Saturday morning. I've got a very close friend who's a Eurovision fan as well ... so we're doing Sunday morning, 5 a.m. at her house," Bessell said.

"She's actually Dutch heritage. So we've got a big Dutch spread of food ready and we're both dressing up."

Those unable to join friends and family are welcome in the online community, Eurovision blogger William Lee Adams said.

"It's almost like Eurovision's become an excuse to be more social, an excuse to come together," said Adams, who also put together a remote concert to connect remote audiences with acts.

Rotterdam has also reached out by launching the #SWINGALONG dance challenge, with selected participants getting their videos projected onto a skyscraper.