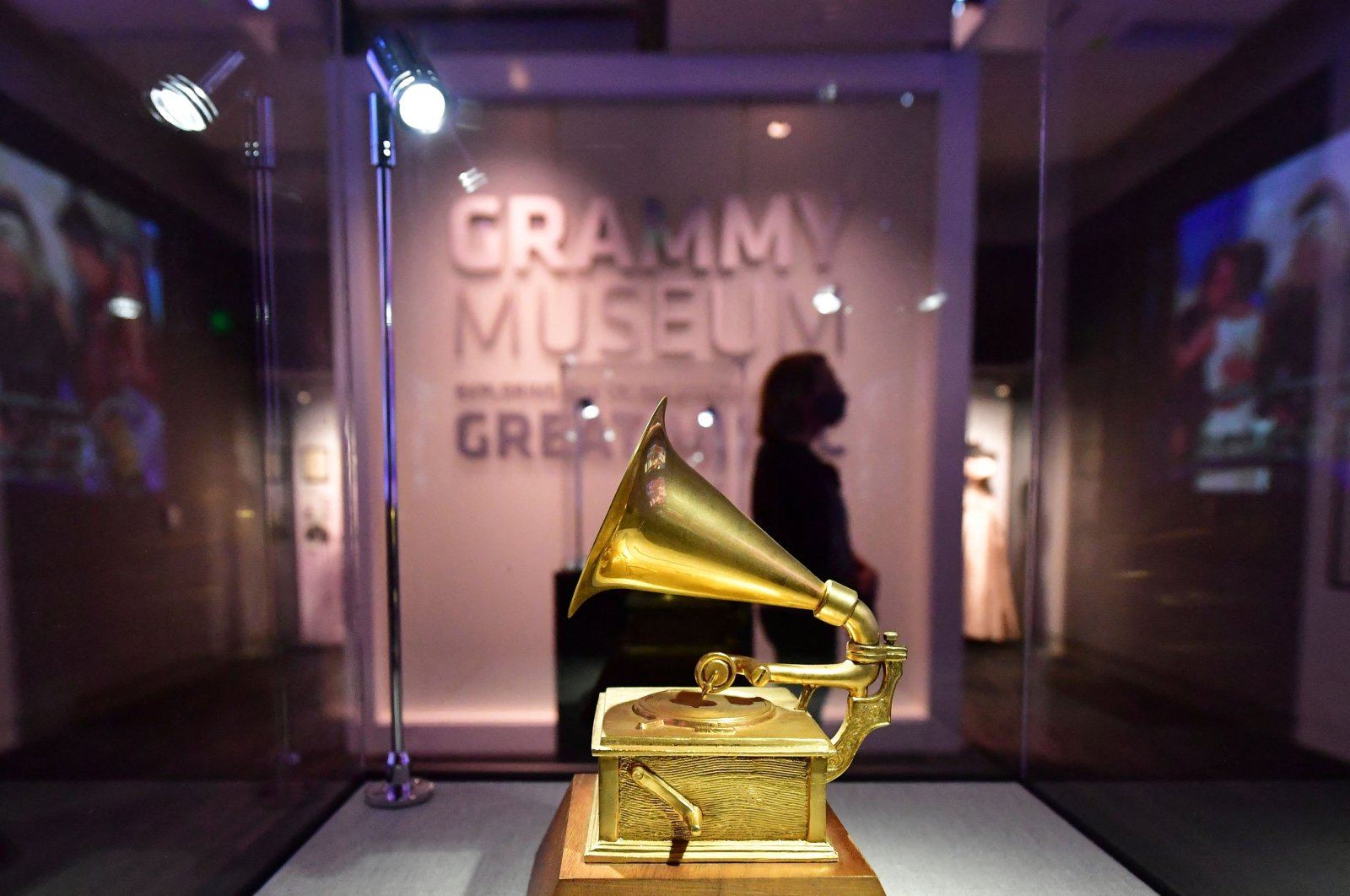 People visit the Grammy Museum on the first day of its reopening in Los Angeles, more than a year after the museum closed due to the global COVID-19 pandemic, Los Angeles, U.S., May 21, 2021. (AFP Photo)
by Associated Press May 26, 2021 5:37 pm
RECOMMENDED

The Grammy Awards have been in hot water recently over changes in its rulebooks, some of which they scrapped after backlash. The Recording Academy has announced another change recently, affecting one of the show's highest honors, and this time it could be well received by the industry and fans, as it gives more producers and songwriters a better chance at winning the Grammy album of the year.

The academy announced Wednesday that any producer, songwriter, engineer or featured artist on an album nominated for album of the year will also earn a nomination – even if the music creator co-wrote one song on the 10-track project. Before the change, songwriters or producers would need to be credited with at least 33% or more playing time on the album to be eligible for nomination – a rule implemented in 2017.

The new change reflects how the Grammys handled album of the year before 2017, when producers, engineers or featured artists would earn a nomination for album of the year even if they worked on one song. Songwriters were not included at that time and were added when the 2017 change was introduced.

Now that all songwriters on an album could earn a nomination, the academy can expect a larger number of nominees for each of the eight albums competing for album of the year. For instance, if Justin Bieber's "Justice" is nominated at the 2022 show, more than 50 creators will be nominated for the project.

If Ariana Grande's "Positions" earns a nod, more than 35 people would be nominated for the album. J. Cole's "The Off-Season" or Bad Bunny's "El Último Tour Del Mundo" would give more than 20 participants an album of the year nomination.

That's in contrast to albums like Billie Eilish's "Happier Than Ever," which features songs written by the young star and her brother Finneas, who also produces all of her tracks. Olivia Rodrigo's "Sour," which is expected to debut at No. 1 next week – also features a tight group of collaborators that wouldn't fall into the double digits like Bieber or Grande's album.

That distinction of using fewer collaborators could benefit Eilish and Rodrigo at the Grammys, and it begs the question: Would voters rather award 50 players for album of the year, or eight?

The change greatly affects rap, R&B and some pop albums – where songwriters and producers typically vary throughout the project, as opposed to country and rock albums, where fewer creators are present. While the change gives rap and R&B producers and songwriters a stronger chance at earning a Grammy nomination, a chance at actually winning the top award seems less possible.

The change is especially great since contemporary songs feature a large number of songwriters. The Top 10 songs on this week's Billboard Hot 100 chart feature Bieber's "Peaches," a hit written by 10 songwriters; nine writers are credited for Doja Cat and SZA's "Kiss Me More;" and The Weeknd and Grande's "Save Your Tears" was crafted by six writers.

Other songs in the Top 10 feature fewer writers – Rodrigo and Daniel Nigro wrote "Good 4 U," currently No. 1 on the chart, and J. Cole is the sole writer behind "amari," at No. 5.

The announcement comes a month after the academy voted to remove its nomination review committees – anonymous groups that determined the contenders for key awards at the Grammys.