Istanbul Music Fest starts to jazz up city with concerts 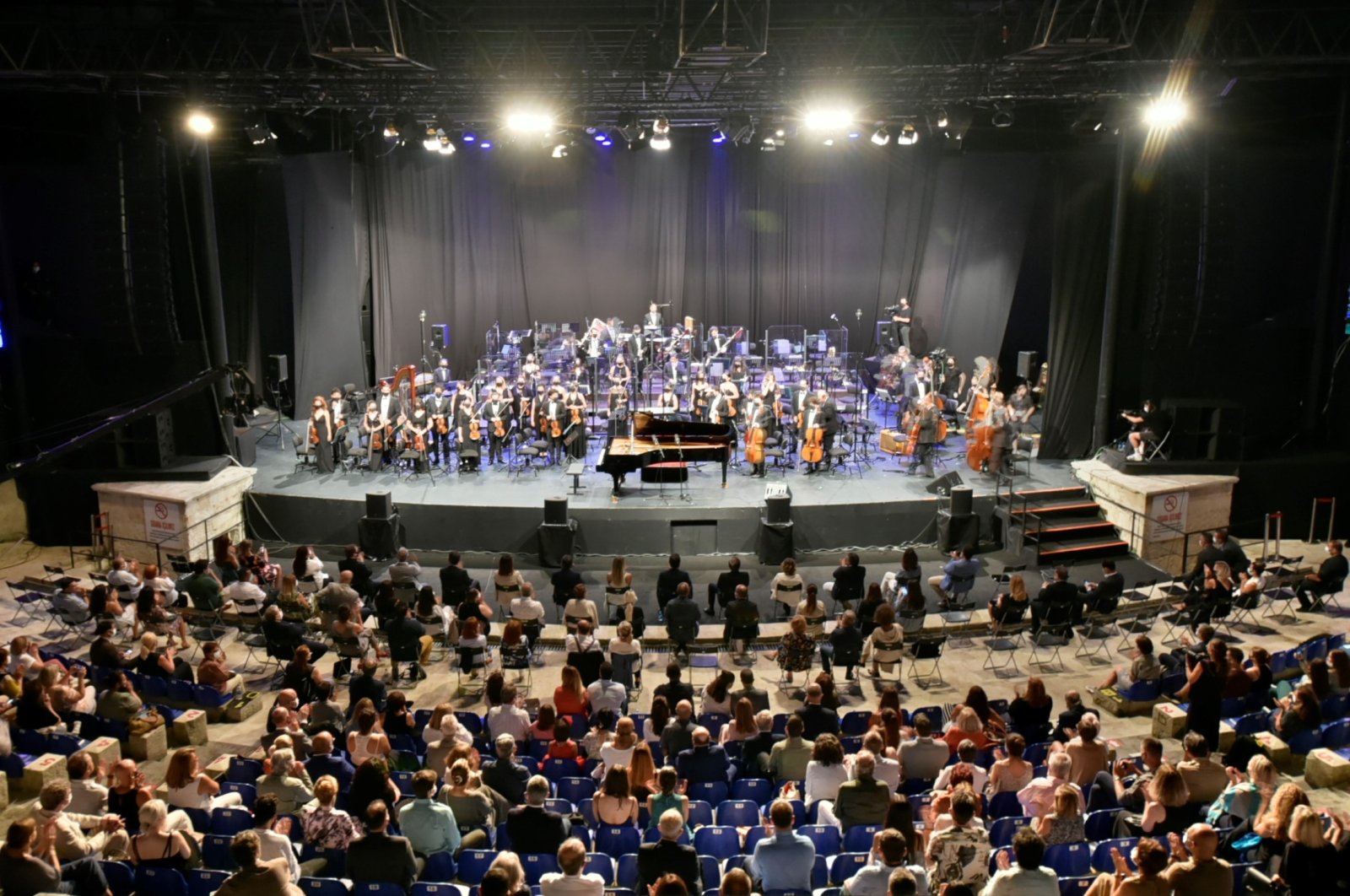 A photo from the opening concert of the 49th Istanbul Music Festival
by Anadolu Agency Aug 19, 2021 10:32 am
RECOMMENDED

Themed as “Another World Is Possible” to represent the search for a new era that will begin with love, hope and solidarity, the 49th Istanbul Music Festival started with an opening ceremony followed by exclusive concerts on Wednesday.

Organized by the Istanbul Foundation for Culture and Arts (IKSV) with the support of the Republic of Turkey's Culture and Tourism Ministry, the festival opened at Istanbul's Harbiye Cemil Topuzlu Open-Air Theater.

The event, presented by Turkish actor Toprak Sergen, began with an opening speech delivered by Bülent Eczacıbaşı, the chairman of IKSV.

"After a long break, we are very happy to be with you once again at the opening of the 49th Istanbul Music Festival," Eczacıbaşı said, according to the statement. "Declaring that 'Another World is Possible,’ our festival is meeting its audiences with longing as much as with hope and excitement this year."

The festival's Honorary Award was presented to Professor Cihat Aşkın, the international representative of the Turkish Violin School.

After the ceremony, the festival began with a concert by prominent pianist Anna Vinnitskaya, "who narrates stories with her music," and the Tekfen Philharmonic Orchestra, the festival's opening concert orchestra in 2019-2022.

In June, the festival's organizers announced that all concerts planned for this year's festival would be held outdoors under pandemic measures.

The festival's 49th edition is scheduled to take place between Aug. 18 and Sept. 16.

As many as 20 concerts will be held at 14 venues in Istanbul, and the festival will host over 30 soloists, ensembles and orchestras from Turkey and abroad.