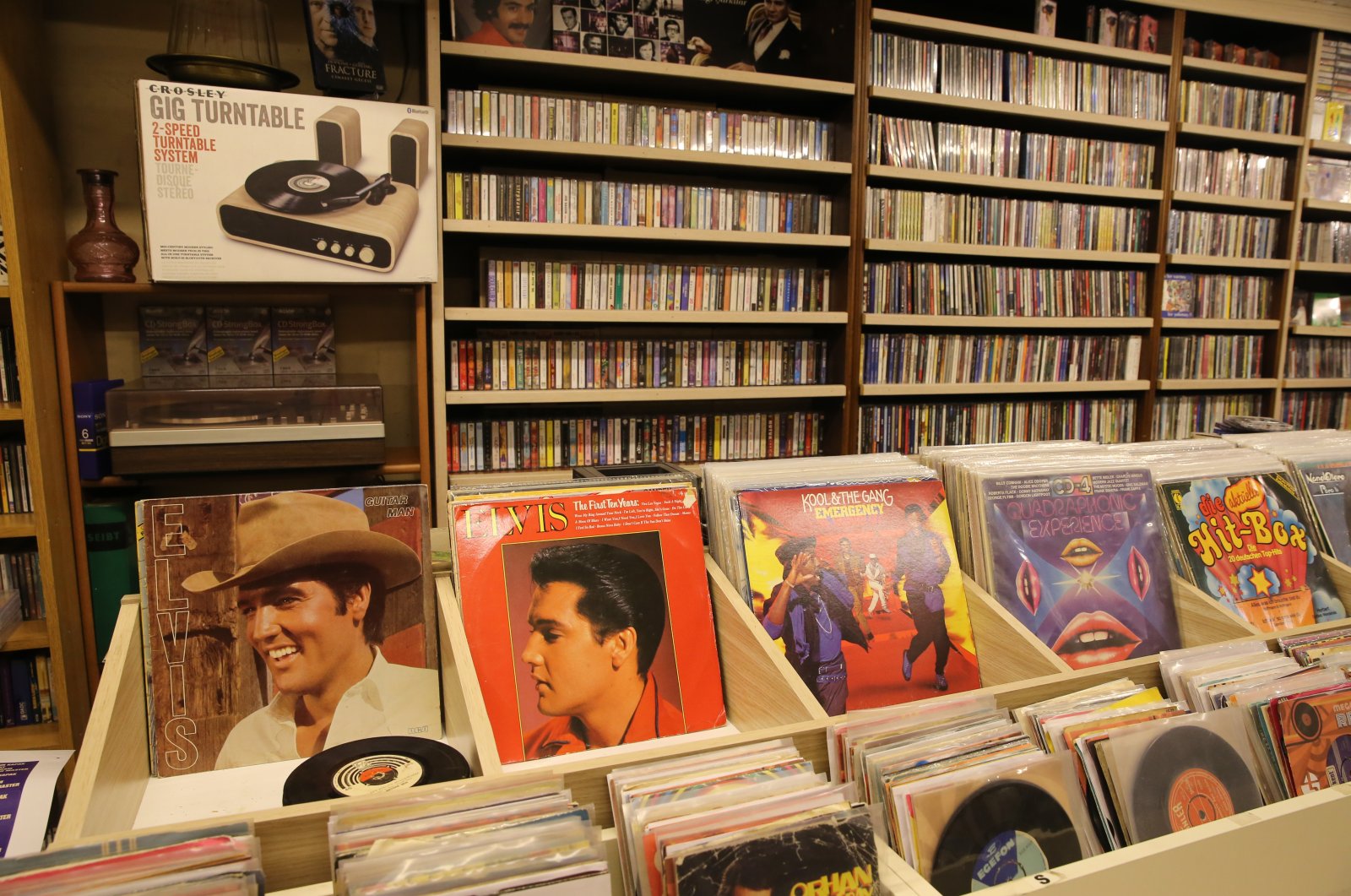 Once frequented by musicians who came from across Turkey to sell their talents with the hope of becoming famous, the Unkapanı Bazaar now longs for its glorious heyday

The Unkapanı record sellers’ bazaar was once the meeting point of music in Turkey. Those who dreamed of becoming famous singers from various parts of Anatolia came to Istanbul with their bağlama, a Turkish long-necked string instrument and made tracks for the bazaar after they had sold their houses and lands to this end. So much so that the first stop for the pioneers of Turkish music and the place where they rose to prominence was the Unkapanı Bazaar. Many renowned Turkish singers, including Müslüm Gürses, Orhan Gencebay, Ibrahim Tatlıses, Ferdi Tayfur, Gülden Karaböcek, Müzeyyen Senar and Ajda Pekkan, won a name for themselves at the Unkapanı bazaar by climbing the first steps of their career ladder there.

It was hard to find an empty store in the Unkapanı Bazaar, which served as a school for singers, in those times. The bazaar has come to lose its glorious standing, however, as fewer people visit each day, a result of the development of technology. Shopkeepers at Unkapan open their doors every morning as they always have, but only to sell daily and instant products nowadays.

Although sales of vinyl records increased during the coronavirus period, the draw of the bazaar is unlike before as people already went off the boil. While musicians used to form long queues in front of record labels to be able to release their albums, the bazaar is no longer frequented by those seeking stardom. Prospective singers are looking to become famous through digital platforms such as social media, rather than visiting the bazaar in the present.

Shopkeepers in the bazaar are quite concerned about the situation. They say that the songs of singers who become famous through digital platforms will remain popular only for a short time and that this undermines the quality of music.

Despite their setbacks, record labels in the bazaar still introduce permanent, high-quality works to the Turkish music world, albeit with much less frequency. The shopkeepers are still struggling to hand down the beautiful works to future generations.

Despite the galloping digitalization, there are still would-be singers who take the leap into the bazaar, as some still prefer to release their albums this way. Candidates who pin their hopes there perform folk songs or popular modern music with great excitement, often accompanied by their teachers, in studios leftover from the past.

Metin Uzelli, the manager of Uzelli Cassette – which has been operating at the Unkapanı Bazaar for five decades – told Anadolu Agency (AA) that in the past, anyone who was involved in music had to go through a number of stages to reach the masses and become famous.

Uzelli stated that to achieve this, songs were professionally produced, recorded, imprinted on media such as cassettes or records and then distributed. “Because it was impossible for people to do this on their own in the past, they came to the Unkapanı record sellers’ bazaar, which specializes in this area.”

He said that people who wanted to rise to stardom used to try to attract the attention of record label companies by sending letters, photos and audio recordings to them, continuing: “They have tried it over the years. Today, the processes that people follow to reach the masses versus the past are at different points. These people no longer need big investments, unlike in the past. They are trying to do it themselves at home. Now, those who want to become famous are trying to reach out to the masses through social media platforms such as YouTube, instead of getting professional support. But how successful they are is questionable. After all, a professional job does not have good results unless it is done professionally. We see very few of these people using social media for fame succeed. It is important to act in unison with experts in this market.”

According to Uzelli, interest in the Unkapanı record sellers’ bazaar has declined as a result of the developing technologies and digitalization, but record companies have kept up with the times, against all odds.

Uzelli expressed that he misses the old crowds at Unkapanı, saying: “There used to be physical products in the bazaar. We used to carry boxes here. The products came here in trucks and were sent everywhere from here. The hustle and bustle of people in the bazaar and the coexistence of the whole industry was joyful. Here we shared bitter and sweet moments. It saddens me not to see the crowd and joy of those old days.”

Ethem Zeytinkaya, the owner of Mega Müzik, also said that he is a second-generation professional at the bazaar. Recalling that prospective singers came flocking to Unkapanı from Anatolia in the past, Zeytinkaya noted: “Some of these people became singers. There was a glut of child singers here in the 1980s. There was an influx into the bazaar. Now we are in the digital age, and many things have changed since then.” He underlined that just breathing the air in the bazaar is a very distinct experience for musicians.

Emphasizing that people who want to be stars have turned to social platforms in recent years, Zeytinkaya said: “It is not very proper to be famous on social media and on YouTube. People upload a song on the internet and become famous in an instant. But this popularity is short-lived. After a while, these celebrities are forgotten.”

Pointing out that a song composed in 1970 remains relevant today, Zeytinkaya continued: “It will be still listened to even after another 50 years. The songs that become popular on YouTube are not as enjoyable as the old ones. The songs of 20 years ago are still on our minds and tongues.”

Bülent Ateş, the owner of Bamy Müzik, stated that he has been working at Unkapanı creating music for 40 years. “The bazaar was alive and kicking in the past. When an album came out, there would be queues in front of the companies. Now it is a little empty. This is because those who want to be famous turn to digital platforms.”

Ateş believes digital platforms have caused great damage to the sector and said that a law regarding these sites will be enacted soon, greatly benefiting Unkapanı Bazaar.