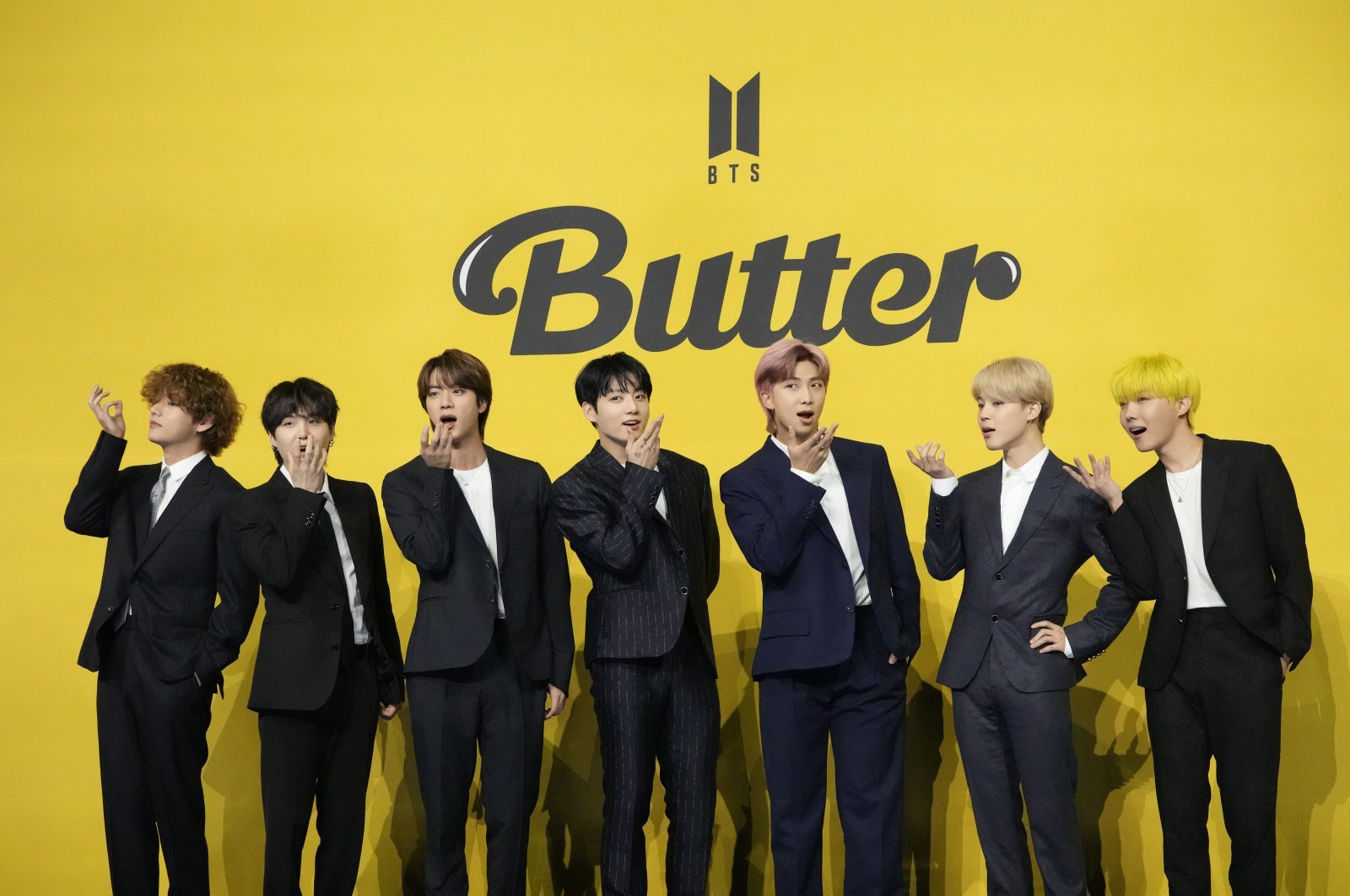 Members of South Korean K-pop band BTS pose for photographers ahead of a press conference to introduce their new single "Butter" in Seoul, South Korea, May 21, 2021. (AP Photo)
by REUTERS May 21, 2021 1:41 pm
RECOMMENDED

Korean pop sensation BTS has renewed the Grammy Award challenge with their new single "Butter." The megaband revealed on Friday that they built on their success of the past year, when they became the first Korean pop group to win a Grammy nomination, with their new song.

In a breakthrough year in the United States in 2020, the seven-member boy band was nominated but did not win an award and instead performed its hit song "Dynamite" at the Grammy ceremony.

"Of course we would like to win a Grammy. That's still valid, and we are aiming to work for it once again with 'Butter,' and hoping for good results," songwriter and rapper Suga told a news conference in Seoul.

BTS will perform the new song at the 2021 Billboard Music Awards set for Monday, for which it clinched nominations in four categories, the most yet for K-pop stars, including top duo/group and top-selling song for "Dynamite."

Vocalist Jimin said he regretted BTS could not meet with fans for the eighth anniversary of the group's debut next month, which will be celebrated virtually rather through a live concert because of the COVID-19 pandemic.

"I've felt somewhat isolated being unable to see fans due to the current situation, but we continue to think hard about how we can show our different aspects and satisfy them," he said.

Leader and rapper RM said: "For us, the biggest topic is what function BTS can serve, why we exist and which values we should pursue under this new normal era and for the industry."