Musical instruments from around world meet in Turkish museum 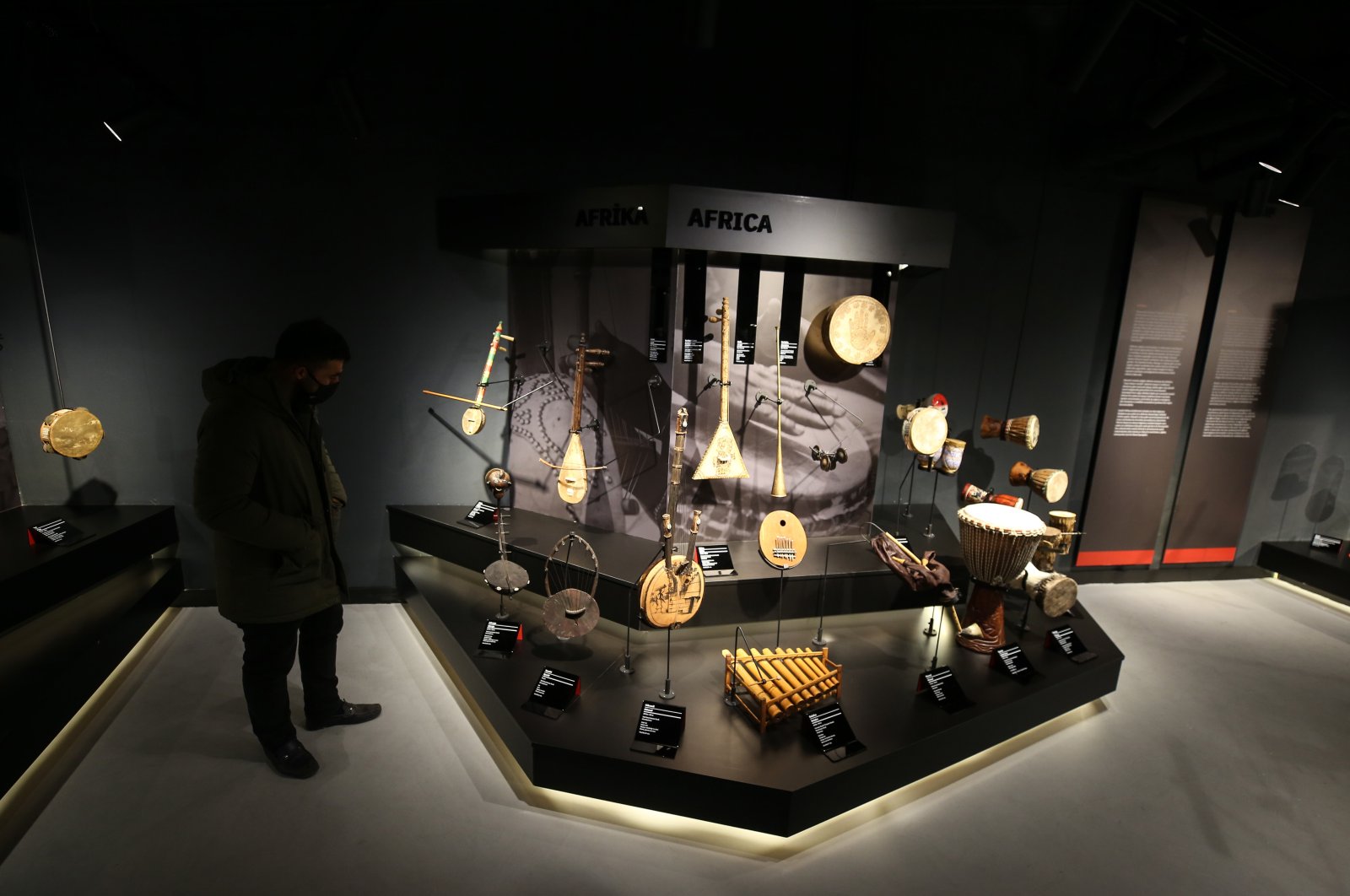 Nilüfer Municipality Dr. Hüseyin Parkan Sanlıkol Musical Instruments Museum, which opened its doors in the northwestern province of Bursa about three months ago, reflects the universality of music to its visitors with nearly 300 historic and contemporary instruments.

The collection of the museum features 200 instruments belonging to Dr. Sanlıkol, who passed away in 2015 after making significant contributions to the cultural life of the city for many years.

The inventory of the museum, located in the Odunluk neighborhood of Bursa’s Nilüfer district, reached 284 in a short time with the contributions of art enthusiasts.

The visitors of the museum, which contains instruments representing all continents of the world, get information about the artifacts by visiting the sections with a guide. The museum offers an extraordinary experience to visitors with the stories of the instruments.

Nilüfer Municipality Culture and Social Affairs Manager Nejla Aslan told Anadolu Agency (AA) that Dr. Sanlıkol is an important person for Bursa with his contributions to medicine and arts.

Noting that the curatorship of the museum belongs to Dr. Sanlıkol's son, New England Conservatory Music History and Musicology Department lecturer, professor Mehmet Ali Sanlıkol, Aslan said that the paths of the Sanlıkol family and the Nilüfer Municipality crossed when they decided to carry the collection of Dr. Sanlıkol to the future.

Emphasizing that the building, which is the only musical instruments museum in Bursa, is among Turkey's pioneering and most innovative museums, Aslan continued: "Instruments from different cultures of the world and different musical traditions are exhibited here in 13 sections framed according to cultural geographies. Each section is also set up like a stage, and the instruments are presented according to their playing position by the performers.”

The museum contains instruments belonging to wide geography from Southeast Asia and Australia to South America, the Balkans and the Caucasus.

Nejla Aslan stated that in addition to instruments from wide geographies, the Turkish section is very important in the museum.

Informing that one of the works in this section is an oud made in 1916, Aslan stated that this instrument was performed by Aşkar Köseyan, one of the famous masters of the period.

Nilüfer Municipality Dr. Hüseyin Parkan Sanlıkol Musical Instruments Museum can be visited between 9 a.m. and 6 p.m. on weekdays except for Mondays.