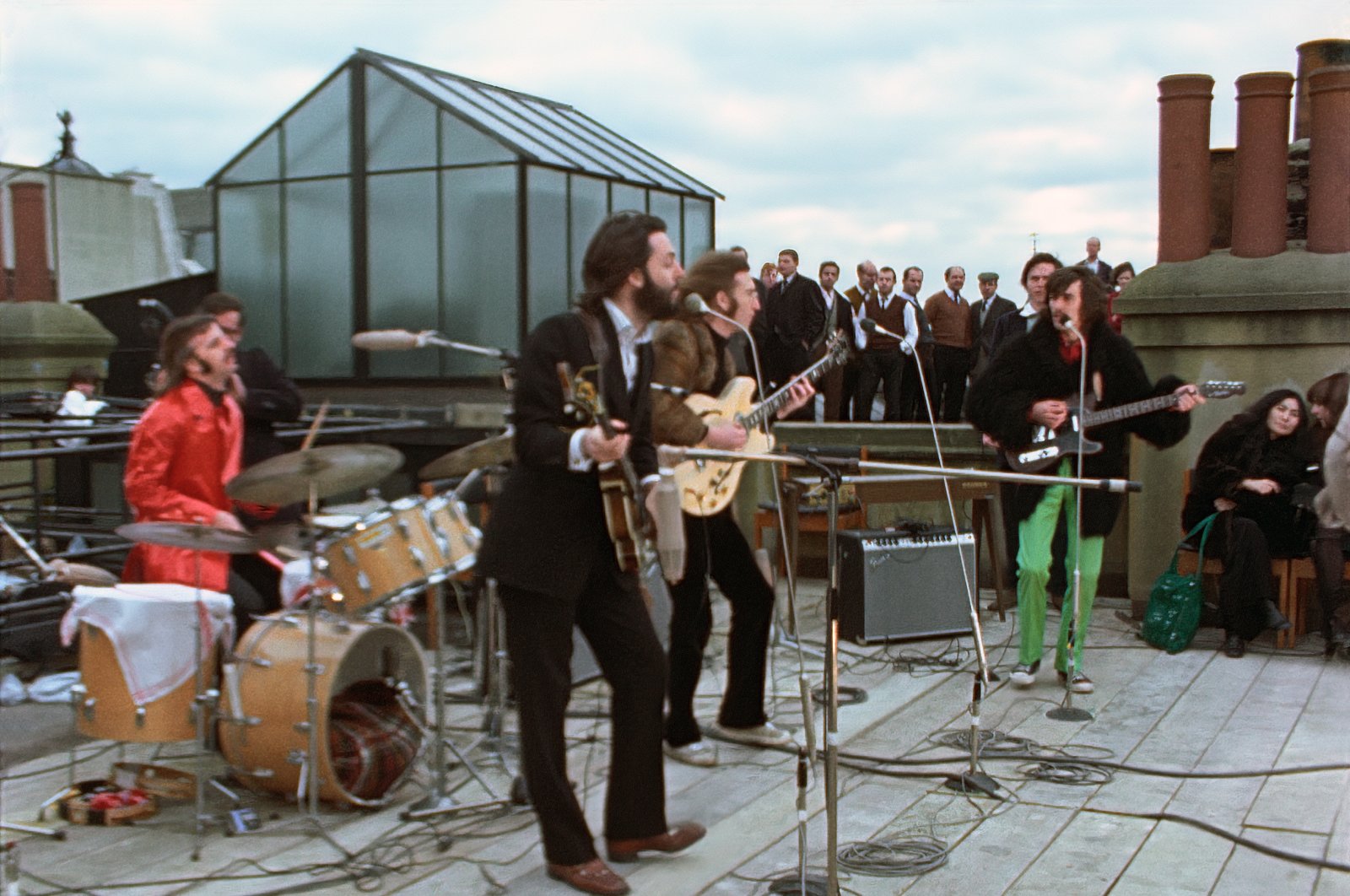 Who broke up the Beatles? Well, if we're going with Paul McCartney, it was John Lennon, but it doesn't matter as it was not an ugly breakup like persistent myths suggest. That is the aim of "The Beatles: Get Back," director Peter Jackson's new, eagerly awaited Disney+ documentary, which offers a more positive take on their final months as a band.

Using hours of unseen archive footage, it charts how the Beatles had set out to write and record 14 new songs for the occasion, giving themselves a deadline of just three weeks.

The time period is familiar territory for viewers of "Let It Be," the 1970 documentary from British director Michael Lindsay-Hogg that famously emphasized tensions and acrimony within the band, which split that same year.

But Jackson – best known for his "Lord of the Rings" trilogy, and an avowed Beatles obsessive – does not dwell on arguments and creative disagreements among the Liverpool quartet.

"Get Back" attempts to reshape the popular image of their later years as a time of resentment and fracture, instead showing the bandmates joking around and spontaneously creating classics that are still played regularly today.

"The best bit of us always has been, and always will be, when we're backs against the wall," says a young McCartney in the film, which hits Disney+ from Thursday.

Jackson's series contains the Beatles' final public appearance together, a 40-minute concert on the roof of their company building on London's Savile Row – shown here for the first time ever in its entirety.

That company – Apple Corps – granted Jackson some 60 hours of archival video that had remained under lock and key for decades.

"I think there's always been this misconception that my father was the cause of the Beatles breaking up, and he wasn't," McCartney's daughter Stella told Agence France-Presse (AFP) at a Los Angeles event for the series.

"You can see it very clearly through this amazing insight of unseen footage."

Her father remained "heartbroken" over the Beatles' breakup for "most of my life," as is clear from the series, she added.

"You just see him desperately wanting to keep this alive and wanting to make this work and his brotherhood to stay intact."

Stella McCartney, a renowned fashion designer, has created a limited collection inspired by the band's aesthetic during the documentary's period.

She told AFP she watched the documentary not just as the daughter of a Beatle, but as a fan.

"You watch it and you're like, 'This is the best band in the world, this is the greatest music, they are the coolest people,'" she said.

"There are very few moments in the history of the Earth that you can compare," Stella McCartney added.

Part of the band's influence stems from their fashion, the designer said.

"When I look at the Beatles, I'm always really surprised by the amount of fashion that they crammed into a very short period of time and hugely iconic fashion moments.

"If you look at Sergeant Pepper, you know exactly what they were wearing."

But while a proponent of her father's music, Stella McCartney admitted that she cannot work on her clothing while listening to the Beatles or other bands.

"I just prefer silence when I work. It is weird, I'm very aware of that. And I think it's very much from being surrounded by music my entire life," she said.