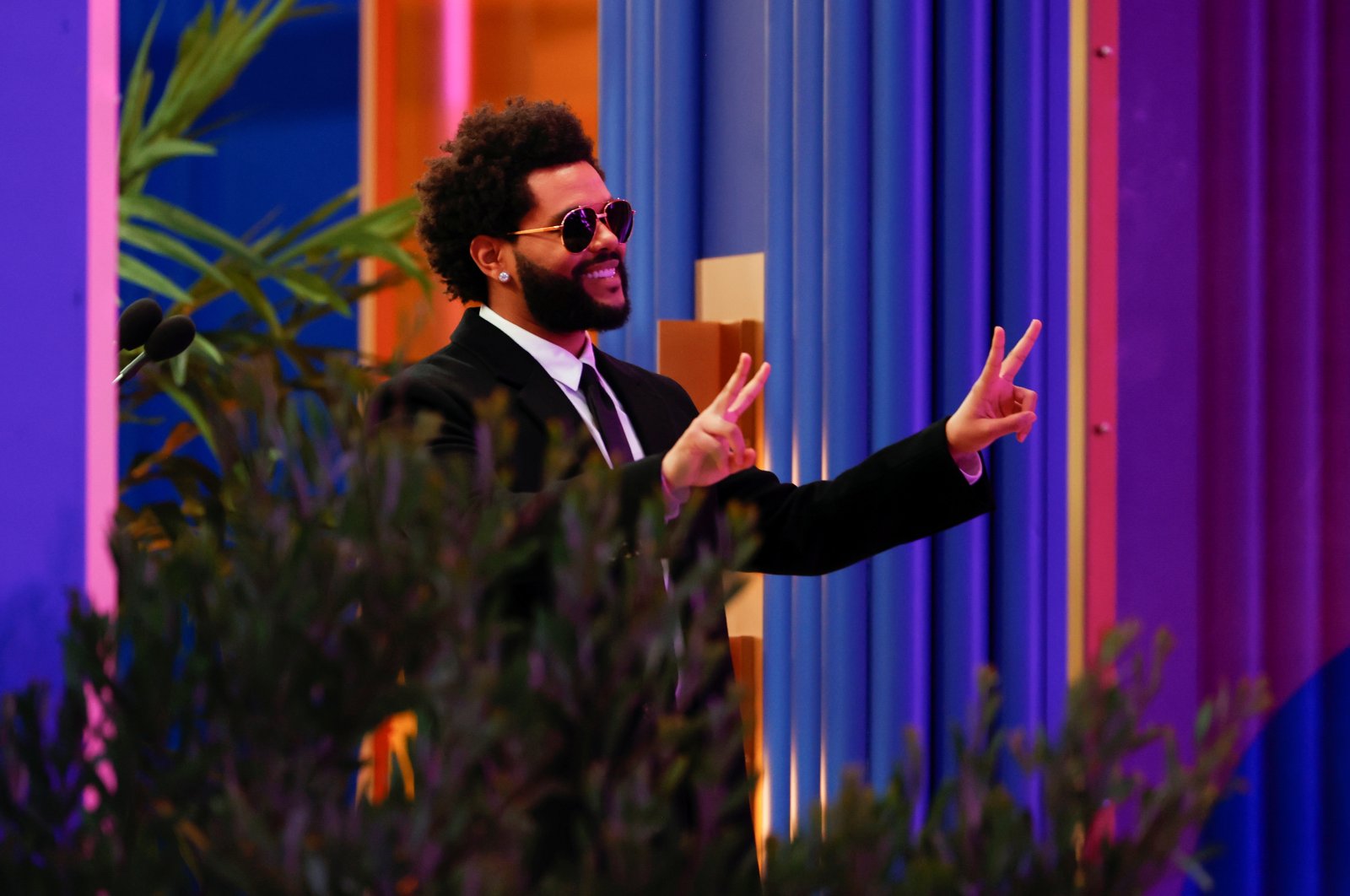 The Weeknd gestures as he accepts the award for Top Artist at the 2021 Billboard Music Awards outside the Microsoft Theater in Los Angeles, California, U.S. May 23, 2021. (REUTERS Photo)
by German Press Agency - DPA May 24, 2021 10:11 am
RECOMMENDED

As well as being named top artist, Canadian R&B star The Weeknd, whose real name is Abel Tesfaye, also won prizes including top Hot 100 song, top Hot 100 artist and top male artist. Accepting the ceremony's biggest prize, which he won over Drake, Juice Wrld, Pop Smoke and Taylor Swift, The Weeknd delivered a brief speech for the masked, in-person audience and said: "I do not take this for granted. Thank you." Success at the Billboard Music Awards followed a surprise snub at the Grammys for The Weeknd, who did not receive a single nomination at that ceremony.

Late rapper Pop Smoke won top Billboard 200 album for his debut effort "Shoot For The Stars, Aim For The Moon." He was shot and killed in Los Angeles last year at the age of 20. Pop Smoke's mother, Audrey Jackson, accepted the award on his behalf and paid tribute to a "warrior."

Some of the industry's biggest names performed with a mix of live and prerecorded segments. Alicia Keys, H.E.R., Migos, Duran Duran and The Weeknd all appeared, while BTS performed from Seoul. The Jonas Brothers closed the show with a performance of their songs "Leave Before You Love Me," "Sucker" and "Only Human."

Drake was joined by 3-year-old son Adonis as he was named artist of the decade. The Canadian superstar was recognized for his remarkable chart dominance since 2010, including nine No. 1 albums in the United States and six No. 1 singles. His parents and friends were on stage while a video looking at the 34-year-old's career so far was played.

"I'm really bad at taking compliments," Drake, wearing a light-colored three-piece suit, told the audience. "I'm really self-conscious about my music and even if I do a good job I always wonder how I could have done it better. I rarely celebrate anything and just for anyone watching this wondering how this happened, that's really the answer – it's being so unsure of how you're getting it done you kind of keep going in the hopes of figuring out the formula. Feeling so lucky and blessed that the fear of losing it keeps you up at night," Drake said and added, "I know I've spent an incalculable amount of hours trying to analyze all the things I did wrong, but tonight for once I'm sure as hell we did something right." He dedicated the award to his friends, family, collaborators, peers and Adonis, who was crying.

Popstar P!nk performed a medley of her biggest hits as she accepted the Billboard icon award. The U.S. singer, 41, took to the stage with daughter Willow Sage, 9, and performed aerial acrobatics to their song "Cover Me In Sunshine."

She ended the performance with three of her biggest songs – "Who Knew," "Just Like A Pill" and "Just Give Me A Reason." Accepting the award, P!nk said: "I love what I do and I love the people I get to do it with. And we're pretty good at what we doö but it wouldn't matter if no one came to see us and play with us, so all you guys out there and around the world, thank you for coming out, thank you for letting us all heal together, I cannot wait until we can do it again, until we can just sweat all over each other. This is an absolute honor – dream big, because what if it comes true?"