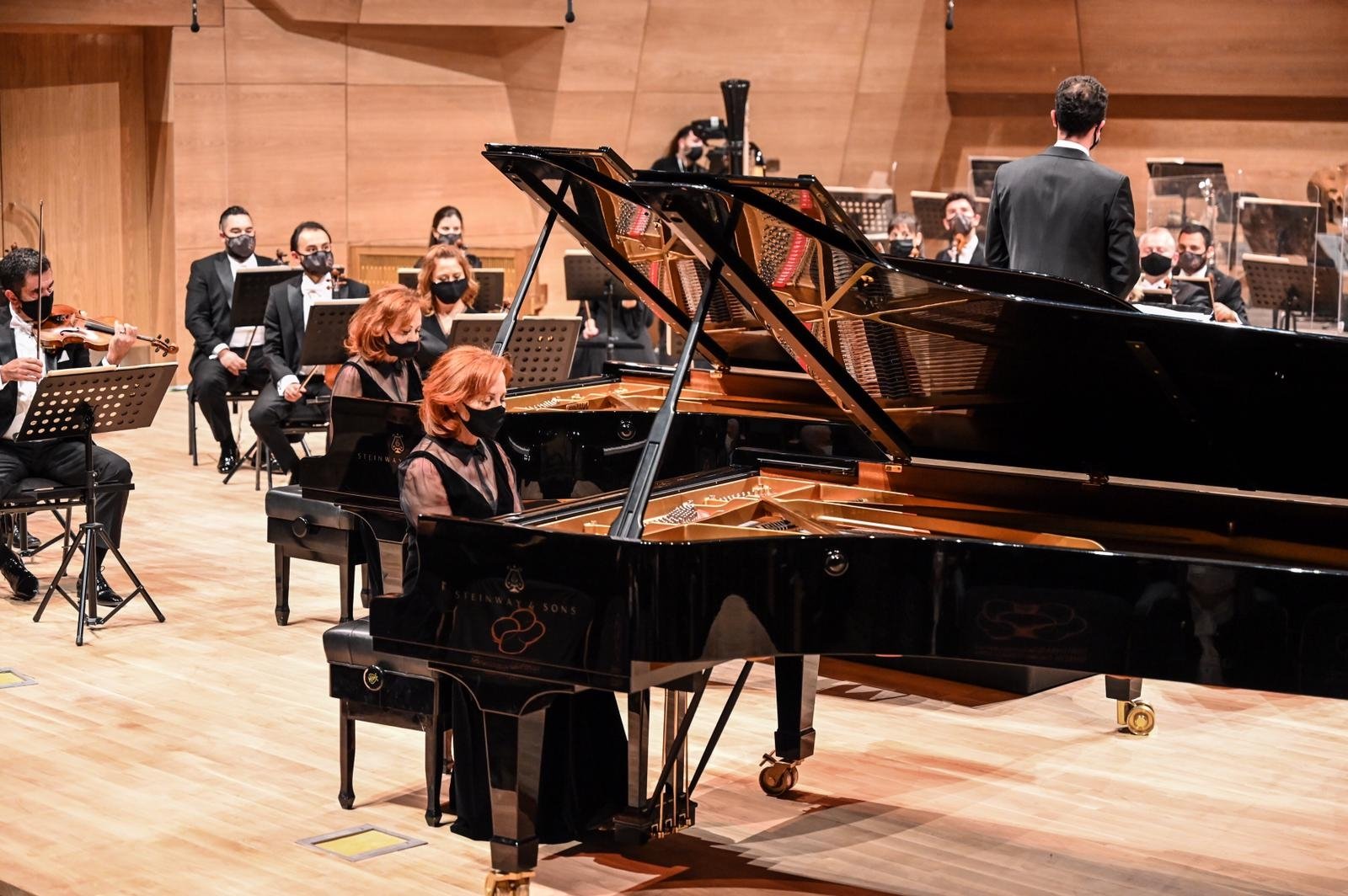 The Federal Republic of Germany awarded Turkey’s world-renowned pianists Güher and Süher Pekinel the Order of Merit, a prize seldom granted since its 1951 inception. It is given to extraordinary personalities for their worldwide studies in music and their contributions to strengthening global dialogue in culture and arts.

On Nov. 17, the Turkish twin sisters were deemed worthy of the Order of Merit of the Federal Republic of Germany (Bundesverdienstorden) by German President Frank-Walter Steinmeier. The award was presented by German Consul General to Istanbul Johannes Regenbrech on Jan. 18 at the German Consul General building in Istanbul. Only a limited number of guests were allowed in line with COVID-19 measures. The ceremony could not be held in Germany due to coronavirus restrictions.

Delivering the opening speech, Regenbrecht emphasized that the Pekinel sisters are internationally renowned artists and touched on the significance of the music education systems they have established. He noted that they have built cultural bridges between Turkey and Germany for many years, making positive contributions to both societies through community activities.

The Pekinel twins hold a special place in the international music scene for their extraordinary, poetic understanding of music and their perfectionist renditions in their unique style. Thanks to the orchestras they have become a part of, the conductors they have worked with, the prestigious concert halls and the outstanding festivals they have performed at and the leading record labels they have worked with, the sisters are two of the few well-known and respected musicians who succeeded in building a career.

Güher and Süher Pekinel have been granted a handful of prizes, honors, awards and medals throughout their careers. Moreover, by invitation, the sisters performed at the grand opening concert of the new hall of Turkey's Presidential Symphony Orchestra on Dec. 3 and 4.

Since being introduced to migration-related social problems in Germany, where the sisters began studying at the age of 22, the Pekinels have always reflected on the question, “What can we do to solve these problems?” While at Goethe University, they sought out solutions to social problems experienced in both the Turkish and German cultures. Music, they found, was the remedy due to its unifying, healing and sharing power. The Pekinel twins have continued to perform at elderly care centers, nurseries and special education and rehabilitation centers to ensure the harmonious coexistence of different ideas and cultures through the positive sway of music.

As two of the globe's most prestigious piano virtuosos who have seemingly known no bounds in their professional careers, Güher and Süher Pekinel have made substantial contributions to the world of classical music. They have implemented a music education system that they developed during their school years based on their multinational vision within the framework of a new structure and form in Turkey. Their program, which they have pursued with great excitement and dedication for 15 years, is aimed at growing society with a future-oriented vision, and raising happy, just and peaceful generations of citizens who exhibit great self-confidence and global vision.

Through their exemplary music education system, which has proven their success and sustainability, the Pekinel twins have made breakthroughs in establishing unbreakable ties between cultures, and they continue to be visionary sources of inspiration.