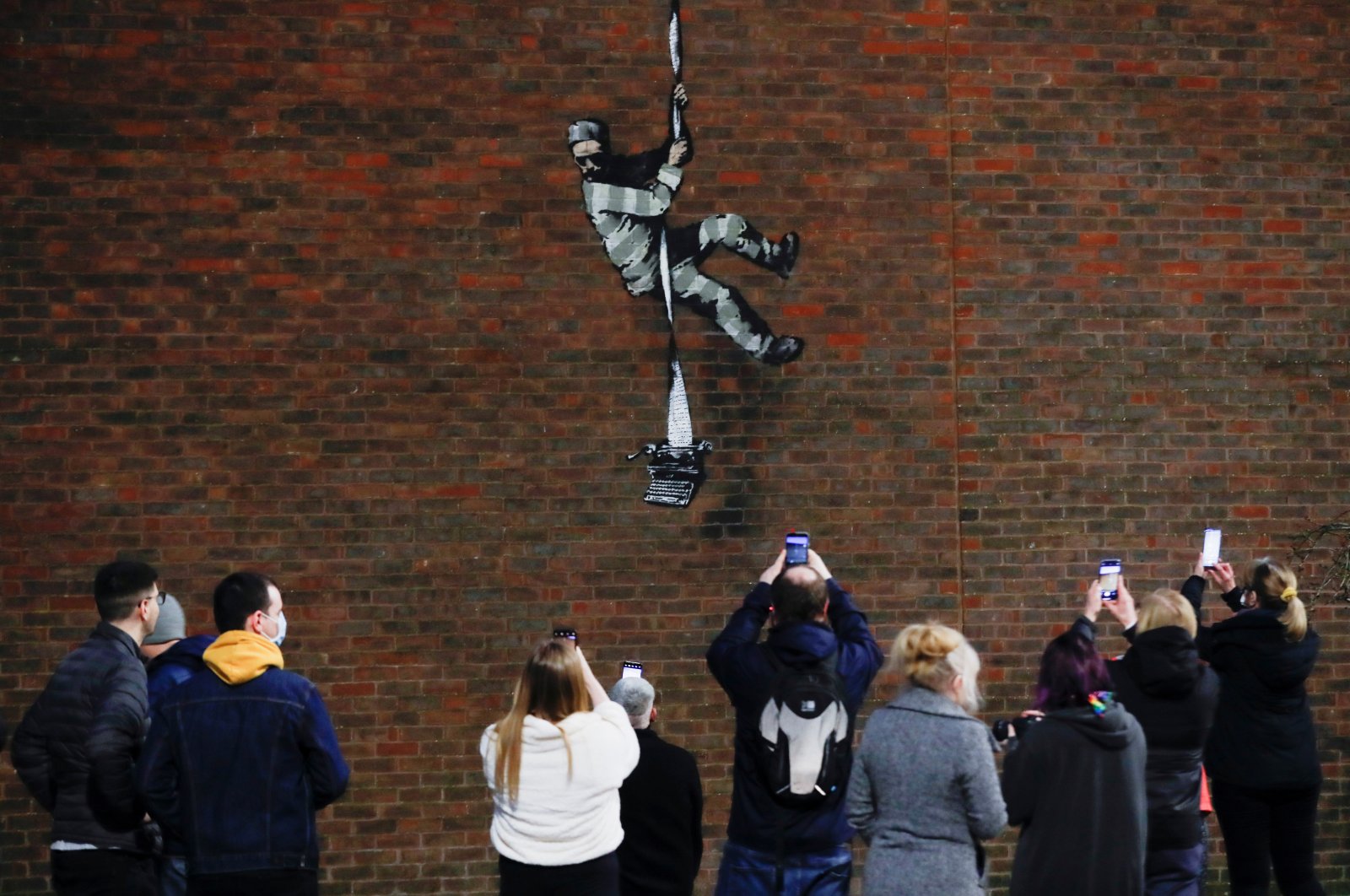 Putting an end to the speculation, street artist Banksy has confirmed that he created the artwork that appeared on a red brick wall of a former prison that campaigners in the U.K. want to turn into an arts venue.

The elusive artist, known for his stunts and humanitarian efforts, confirmed the picture was his when he posted a video of him creating it on his Instagram account. The monochrome picture shows a man escaping using a rope made of paper from a typewriter. It appeared Monday outside Reading Prison, famous as the location where writer Oscar Wilde served two years for “gross indecency” in the 1890s.

The prison closed in 2013, and campaigners want it turned into an arts venue. Britain’s Ministry of Justice, which owns the building, is due to decide mid-March on its future.

In his Instagram video, Banksy is shown stealthily stenciling and spraying paint to create the artwork, titled “Create Escape.” The footage is juxtaposed with an episode of a traditional art instruction video called “The Joy of Painting with Bob Ross.”

The campaign to turn the former prison into an arts venue has won the backing of actors including Judi Dench, Stephen Fry and Kenneth Branagh.

A spokesperson for Reading Borough Council said it was “thrilled that Banksy appears to have thrown his support behind the council’s desire to transform the vacant Reading Gaol into a beacon of arts, heritage and culture with this piece of artwork he has aptly called ‘Create Escape."

“The Council is pushing the Ministry of Justice, who own the site, to make suitable arrangements to protect the image,” the authority said.