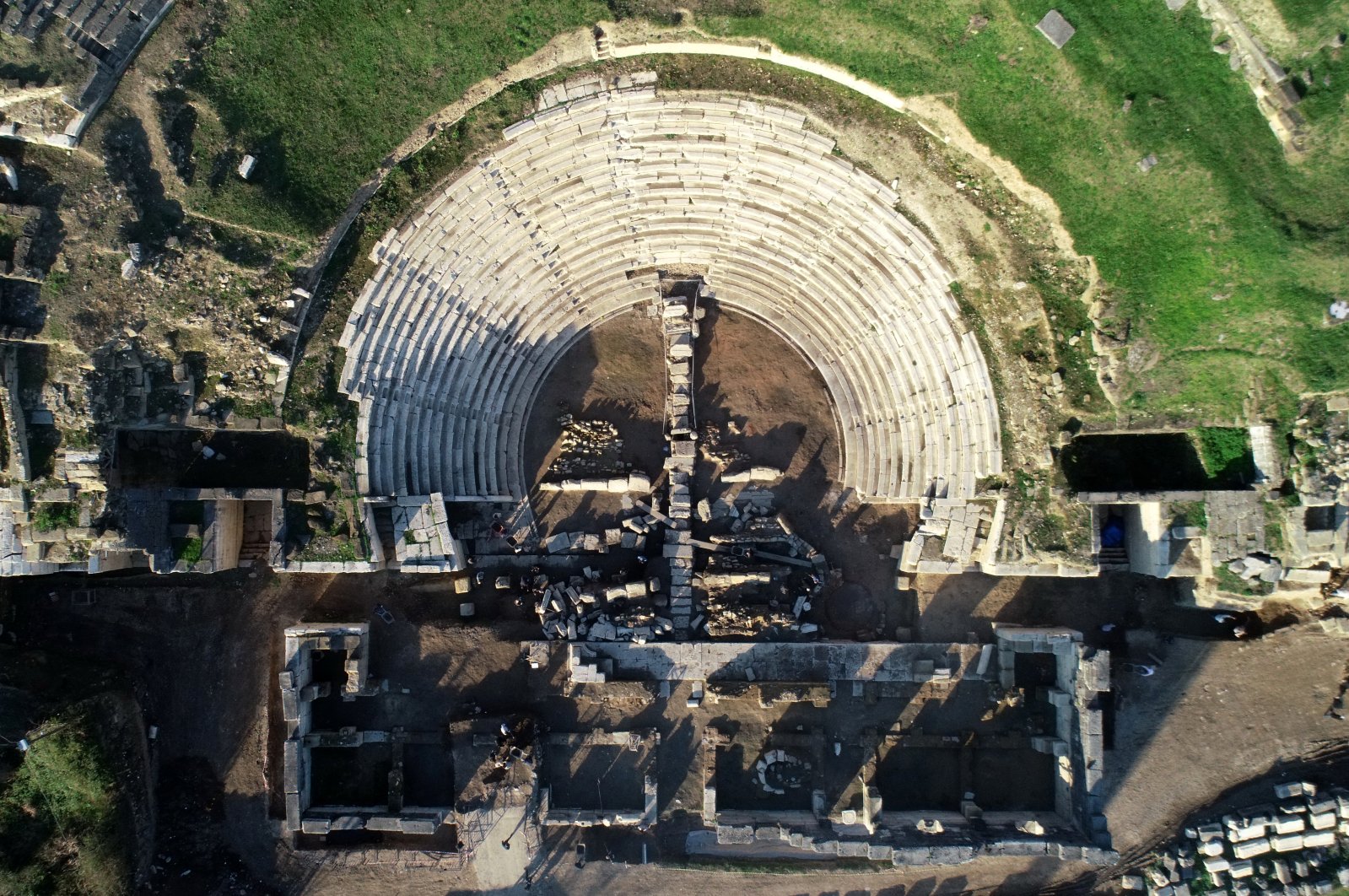 Archaeologists have found the orchestra floor of the theater section in the ancient city of Prusias ad Hypium, deemed the "Ephesus of the western Black Sea region,” during their ongoing excavations in the northwestern province of Düzce.

The underground structure remained preserved even though new structures were built on the archaeological site, which dates back to the third century B.C. This has allowed several structures such as an ancient theater, city walls, aqueducts and a Roman bridge to be unearthed on the site.

The experts also found and analyzed slanted stone statues and columns during the excavations. According to the experts, the works were likely destroyed in a severe natural disaster since the city is located in the first-degree earthquake zone.

Speaking to Anadolu Agency (AA), Güldemet Yıldız Dursun, an archaeologist from Düzce Municipality Directorate of Culture, said that the theater, where archaeological work still continues, is one of the biggest structures that managed to survive for 2,000 years.

Noting that they have documented the findings in the theater section, Dursun said the orchestra floor will be restored in line with the methods preferred by experts.

The ancient city of Prusias ad Hypium was known as “Hypios” and “Kieros” in earlier periods. It was captured by Prusias I of Bithynia, and the people of Bithynia named the city in honor of their king.

However, Bithynia went bankrupt due to the opulent lifestyle of its citizens. The people of Bithynia bequeathed the kingdom to the Romans, which started the Latin influence on the city. The city was already rich in terms of architecture but flourished more under the Romans. It became known as Prusias ad Hypium.

The city then passed into the hands of the Byzantines and Ottomans, respectively. Under Ottoman rule, it was handed over to Konuralp Bey, one of the first Turkish commanders who served in the establishment of the empire, by Osman Ghazi, the founder of the empire. This is how the region of the city received its current name, Konuralp.