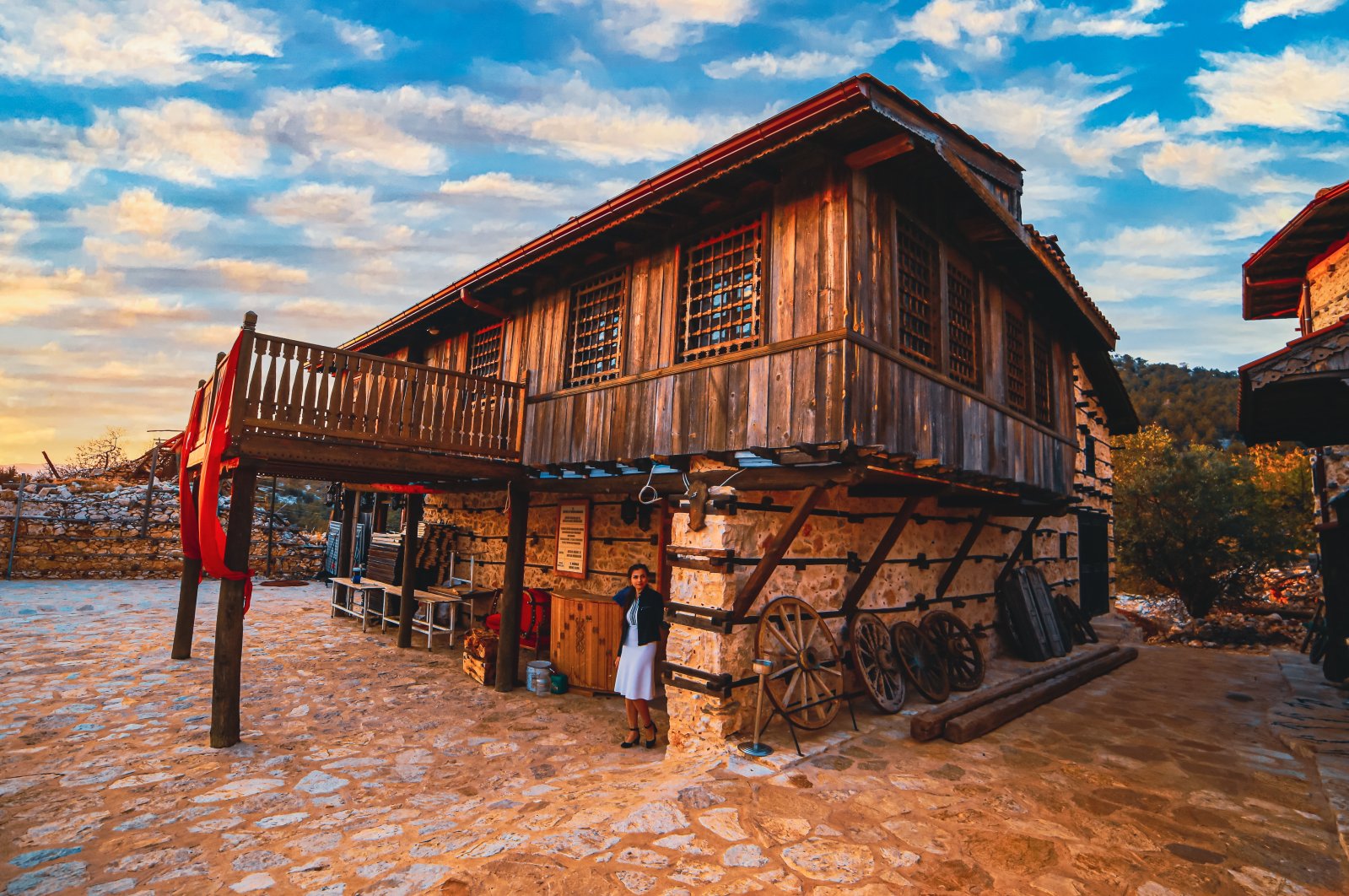 Ottoman architecture is woven into the fabric of the Akseki district, located in southern Antalya province. The historical button houses in the Sarıhacılar neighborhood of the district fascinate visitors with their authenticity and traditional Ottoman architecture.

Ancient caravans and migration routes of the Roman, Ottoman and Seljuk periods used to pass through Akseki in the past. Therefore, the district appears as a tourist attraction with nostalgic streets and button houses.

The button houses, unique to the region, get their names from the wooden parts of the homes that were left outside to be used as scaffolding during their construction. These parts were called “buttons” by the locals. In the construction of these houses, only local materials, including cedar or juniper woods and stones, are used. Therefore, the most important feature of the houses is that they were built without using any mortar or cement. Restoration works initiated to transfer the 300 to 400-year-old button houses to future generations in their original form still continue under the leadership of the Ministry of Culture and Tourism in the district.

The button houses take visitors on a journey in time in the historical atmosphere of the district. They attract many local and foreign tourists, especially from Germany, the Netherlands, Russia and the United Kingdom. The visitors to the district have a chance to experience a blend of nature, history and architecture along with enjoying taking photos of the mesmerizing views of the houses.

One of the visitors, teacher Zeynep Başer, told Anadolu Agency (AA) that she decided to come here when she saw the historical richness in Akseki on social media. Emphasizing that she was fascinated by the places she visited in the district, Başer said, "I saw button houses for the first time here. I was very surprised when I first heard their name. The reason why it is called "button" comes from its architecture. This is a place in the heart of nature, and it impressed me a lot. Button houses and caravan roads have a really nice atmosphere. It was a nice historical and nostalgic trip for me."