Ottoman traditions: How Qurban Bayram was celebrated in the empire 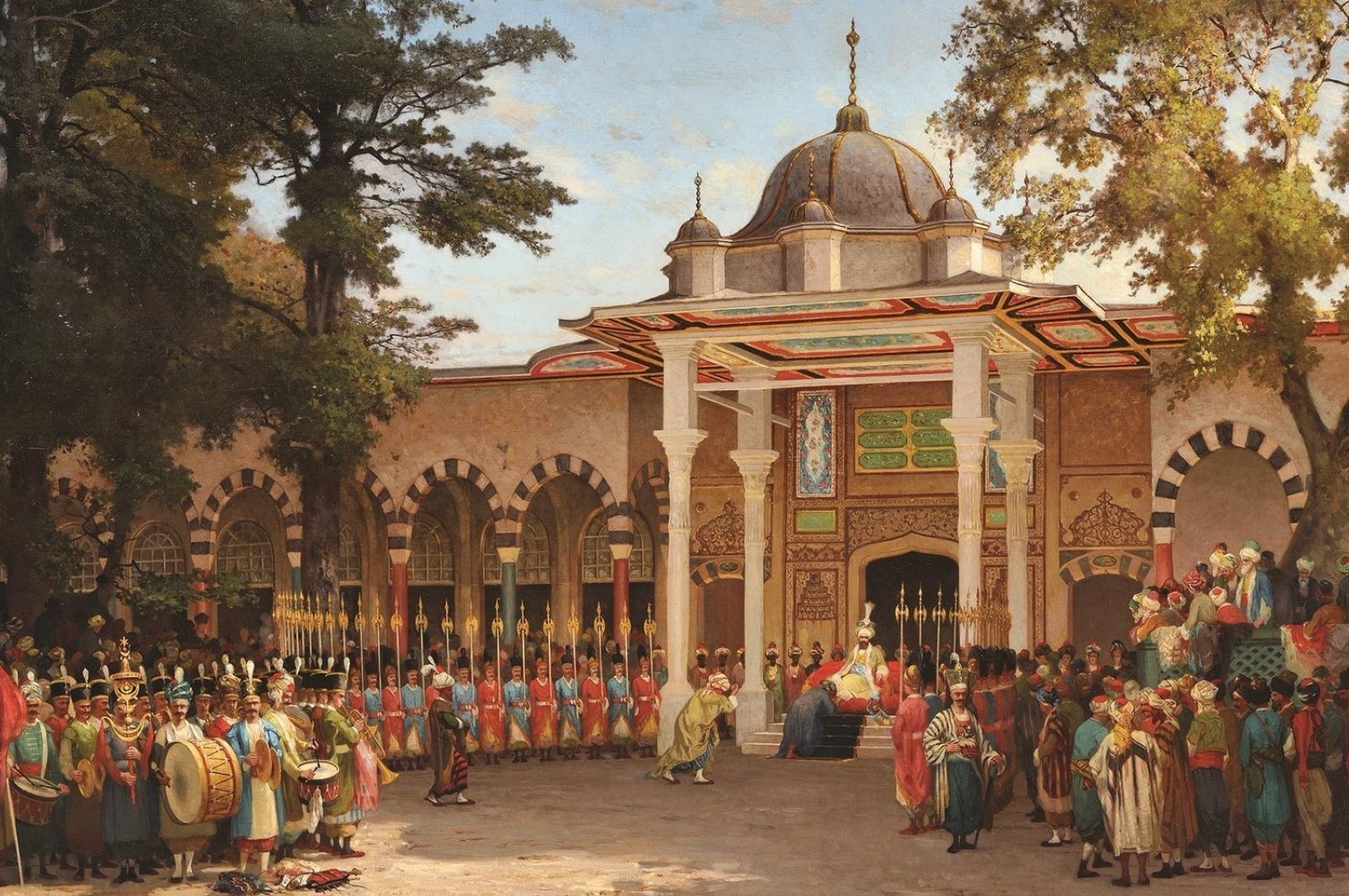 Germain Fabius Brest depicts a reception held in front of the Gate of Felicity in the second courtyard of Topkapı Palace in his 1865 painting “Bayram Greetings Reception."
by DAILY SABAH Jul 30, 2020 11:53 am
Edited By Irem Yaşar
RECOMMENDED

The religious festival is celebrated in commemoration of Prophet Abraham’s willingness to sacrifice his son on God’s command. Abraham, known as Ibrahim in the Islamic world, had vowed that if he had a son, he would be willing to sacrifice him for the sake of God. After he had a son, he was reminded of this vow through a dream. Both Abraham and his son agreed to keep this vow even if Satan tried to hinder them. By his willingness to sacrifice his son, Abraham showed his loyalty to God, for which he was rewarded. A ram was sent to him from heaven, and the prophet sacrificed the ram instead of his son.

While cooking some parts of the sacrificed ram, Abraham and his family also distributed some parts to the poor. This is why Muslims traditionally sacrifice animals during Qurban Bayram and why this festival is also called the Feast of the Sacrifice. While it is the time of Qurban Bayram, let’s discover how this event used to be celebrated in the Ottoman Empire.

Special ceremonies were held in the Ottoman palace and among the public on Islamic holidays, which held an important place in Ottoman cultural life. In the palace, a Bayram greeting ceremony with the sultan, called “Muayede Alayı,” was held. The most important ceremony in the Ottoman palace after the cülus ceremony, which marks the succession of the throne, was this greeting ceremony.

Ceremonies marking Islamic holidays were not only important in terms of religion in the empire. They were also very significant in terms of revealing the grandeur of the Ottoman dynasty. This was because, in the Islamic world, the government was measured not only by military power but also by the splendor of the palace and rich public ceremonies.

In the Ottoman Empire, the procedures and principles of official ceremonies were determined by the framework of Fatih Kanunnamesi (Mehmed the Conqueror's Codes of Law), and this arrangement continued for a long time with very few changes. The ceremony marking Qurban Bayram was held in Topkapı Palace until the mid-19th century, and in the Grand Ceremonial Hall in the center of Dolmabahçe Palace as of 1867, except for two ceremonies held in Yıldız Palace during the reign of Sultan Abdülhamid II.

The day before the festival, known as the Day of Arafah, a ceremony used to be held in the Second Courtyard of the palace. On this day, the throne of the sultan was carried to the Gate of Felicity, which opens to the Arz Odası, the place where the sultan met high officials to exchange greetings.

The sultan himself chose the mosque to use for Bayram prayers, and this was usually Hagia Sophia or the Blue Mosque. It was customary for the sultans to perform the morning prayer on the first day of Bayram at the Chamber of Holy Relics. The sultan then would ride to the mosque on a fancy horse before performing the Bayram prayer. Nothing could be compared to the glory of the sultan on his horse. The harnesses of the horses were decorated with gold, pearls and jewels. After the prayer, the celebrations started in the Gate of Felicity.

The sheep prepared for the sultan was fed and carried by specially dressed officials during Qurban Bayram. The sacrificed animals were sent to the madrassas, or schools, and to the needy.

The days of the festival were also declared a holiday in the Ottoman state.

Gifts were handed out to the ulema of great mosques such as the Hagia Sophia, Blue Mosque, Süleymaniye Mosque and Fatih Mosque.

On the first day of the Bayram, halva was distributed to prisoners in prisons. Some of the prisoners who had served two-thirds of their sentences were pardoned on the occasion of the festival.