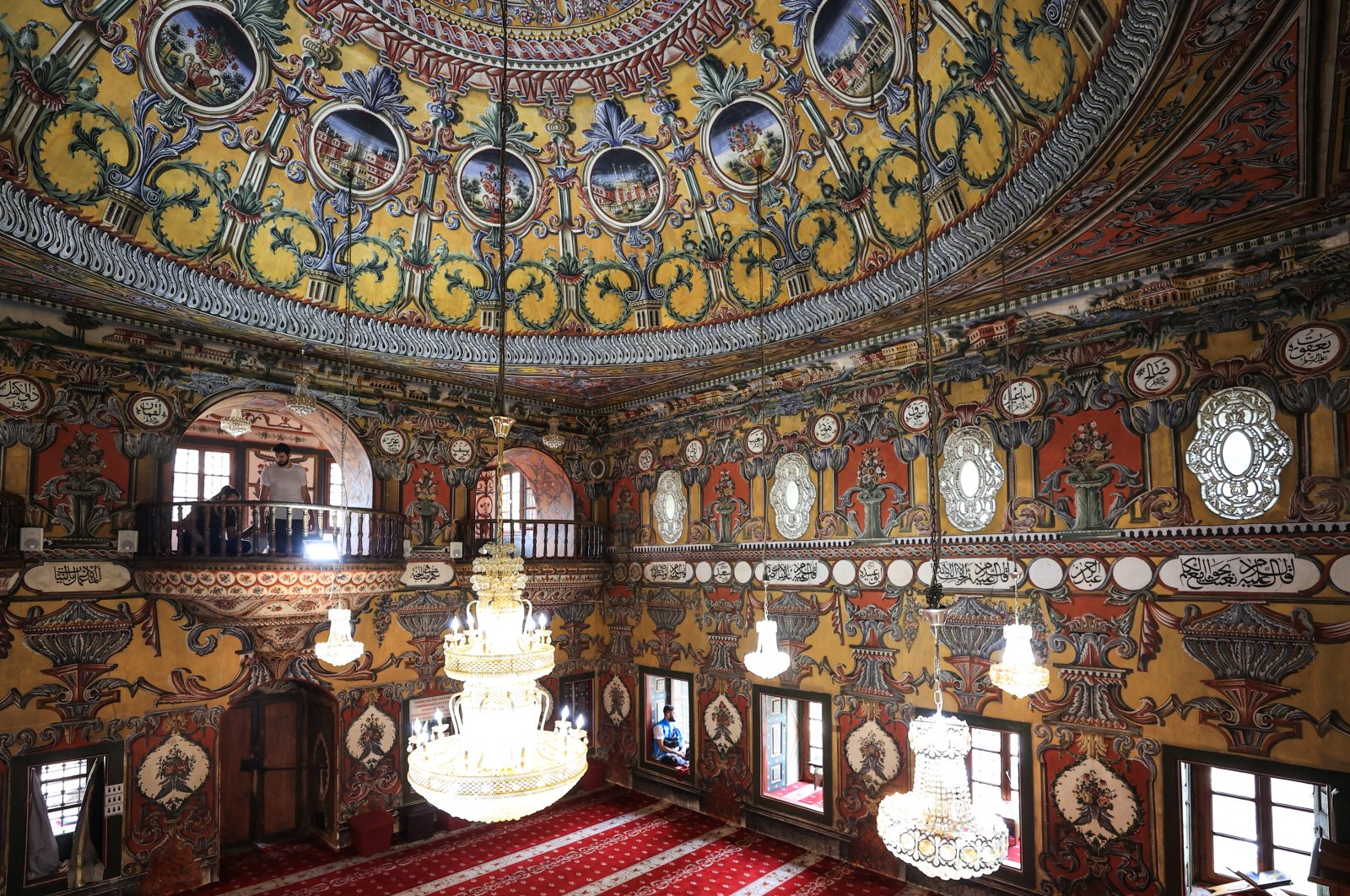 With its elegant and elaborate decorations, the Sarena Dzamija mosque is one of the rare Ottoman-era historical structures in North Macedonia.

Located near the Pena River, which splits the city of Tetovo down the middle, the mosque's name means “Painted Mosque,” named after the decorations on its walls. The structure, magnificent in appearance and also known as the "Pasha Mosque," has stood the test of time.

Rumor has it that the mosque was built with the financial support of two sisters named Hurşide and Mensure, who were Ottoman citizens. The sisters provided their dowry for the construction of the mosque in the 15th century.

The mosque, which features the tombs of the sisters in its yard, received its latest appearance following a significant restoration commissioned by then-statesman Abdurrahman Pasha in the 19th century.

It is stated in art history resources that tens of thousands of eggs were used during the renovation of the mosque so that the paintings, ornaments and decorations can survive for a long time and preserve their vitality.

The mosque, which was built in a square plan, has a narthex (entry or lobby area) that is open on three sides and covered by the mahfil section – a special raised platform in a mosque where the muezzin carries out his duties to call for prayer and chants in response to the imam's prayers – on the top. The mahfil section features three half-globe-shaped balconies facing the prayer hall inside the mosque.

The structure has a tile roof, which looks more like the roof type used in classical Ottoman house architecture. Speaking to Anadolu Agency (AA), Emir Kasami, the imam of the mosque, siad that Hurşide and Mensure had the mosque built in 1495.

Kasami added that the mosque was repaired by Abdurrahman Pasha in 1883 after it was damaged by earthquakes and said, "The pasha had the mosque rebuilt as a complex. There is information about the mosque in the inscription above the entrance door. In this inscription, Abdurrahman Pasha’s statements are noted. He says. ‘I commissioned this mosque to teach the Quran and train hafız'."

Expressing that the Kaaba depiction in the mosque was made in the 1800s, Kasami said that an artist who lived in that period and went on pilgrimage drew the painting of the Kaaba on the mosque wall with the permission of Abdurrahman Pasha.

The imam stated that he had never seen anything like the Painted Mosque before, adding that the mansion paintings among the decorations of the mosque may have been inspired by the Andalusian civilization.

Pointing out that the mosque is one of the most important historical monuments of the region, Kasami said, "10 buses full of visitors, especially from Turkey, were previously visiting the mosque daily, but this number decreased with the pandemic. The recent visitor numbers have started to increase again slowly.”