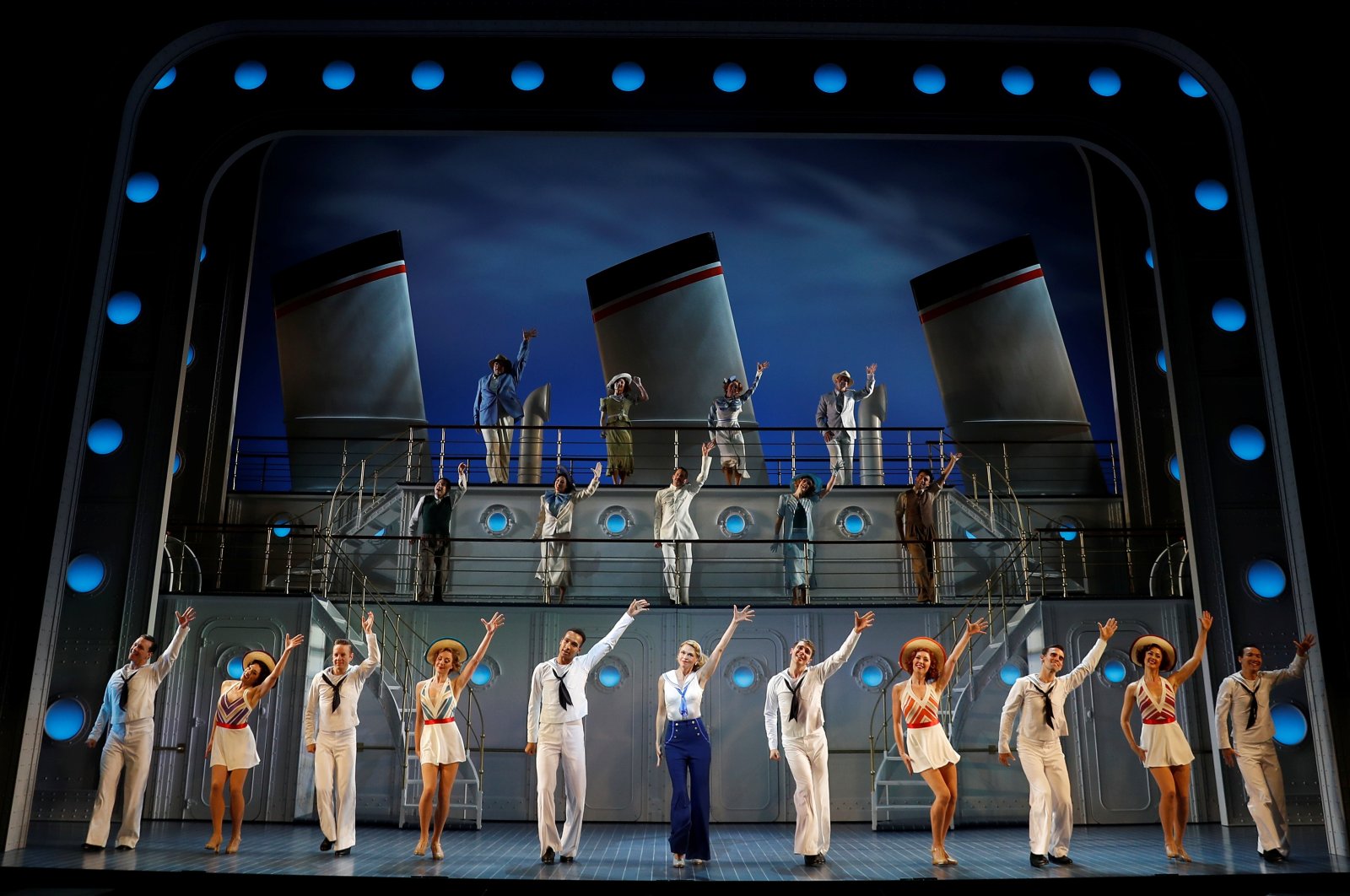 Sutton Foster and the cast of "Anything Goes" perform during a media day for the show running at the Barbican Centre theater, in London, Britain, July 28, 2021. (REUTERS Photo)
by REUTERS Jul 29, 2021 9:29 am
RECOMMENDED

"Anything Goes" cast hope to relieve audiences' minds after COVID-19 with their show, one of the major musical comedies to come to the stage in London since the easing of restrictions in England last week.

Set on a cruise ship traveling from New York to London, the musical, which debuted in 1934, began a 12-week run at the Barbican Theater on Friday, starring Tony Award winners Sutton Foster and Robert Lindsay.

Like elsewhere, London's theaters, a major tourist draw, have been hard hit by the pandemic. Some smaller venues opened in mid-May with social distancing. Since July 19, the venues no longer face restrictions on audiences numbers.

Some theaters are asking audience members to show they are fully vaccinated or present negative COVID-19 tests while others are holding socially-distanced performances for those more vulnerable.

"(The 'Anything Goes' cast and crew are) pulling out all the stops to make it as special as they possibly can because we feel that theater's future rides on this," Wilmot said.

"If we turn up with a really duff or ill-prepared show, it's going to stop people from coming in ... so we have the obligation to give them something special."

Though restrictions have eased, challenges remain.

Last week, composer Andrew Lloyd Webber shut down the production "Cinderella" after a cast member tested positive for COVID-19. Self-isolation rules for the rest of the cast, who all tested negative, meant the musical had to cancel shows. It will resume previews and officially open next month.

From Aug. 16, those who are fully vaccinated will no longer have to self-isolate after close contact with someone who tests positive for COVID-19.

"Audiences are delighted to be back and producers are obviously happy to be getting their stuff on stage ... but just hanging over us is this constant fear that we're going to be shut down at any moment," Matt Hemley, news editor of The Stage newspaper, said. "We (also) don't know when we're going to have the international tourists back."