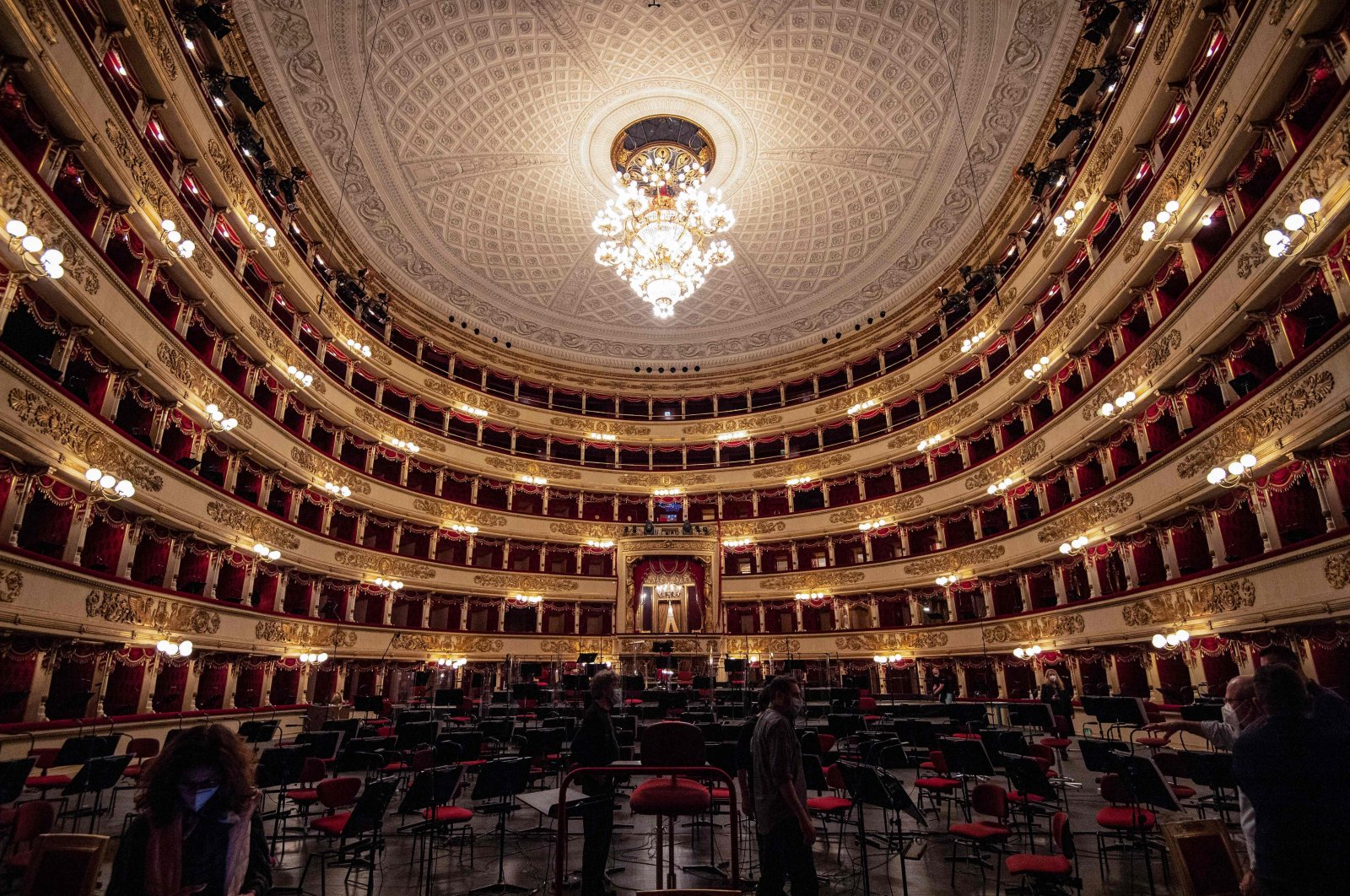 Arias reverberated throughout Italy's famous La Scala opera house before the audience erupted into applause on Monday. The captivating performance at the opera house, which reopened its doors to a limited audience after a nearly seven-month hiatus due to the COVID-19 pandemic, raised hopes of a gradual resumption of Milan's vivid cultural life.

Masked members of the orchestra, conducted by in-house music director Riccardo Chailly, and of the choir performed arias by Giuseppe Verdi, Richard Wagner and other renowned composers in an empty auditorium, with about 500 masked people watching the concert from the surrounding boxes.

The concert, marking the debut at La Scala of 34-year-old Norwegian soprano Lise Davidsen, won a five-minute ovation and ended with an encore of Verdi's "Va, Pensiero." "It is a symbol of restart not only for La Scala but for Italy as a whole," said artistic director Dominique Meyer.

With COVID-19 cases and deaths decreasing, Italy is assessing loosening lockdown measures and plans to lift quarantine restrictions for travelers arriving from European countries, Britain and Israel as early as mid-May.

Italy shut its theaters and concert halls last October to contain a resurgence of the pandemic after the summer. Coffee bars, restaurants, cinemas and theaters partially reopened in most regions on April 26.

The concert also marked the 75th anniversary of the reopening of the Milan opera house after World War II bombings.

"It was a sort of regaining of what we had before the pandemic. Being here tonight gives me goosebumps," said 47-year-old jeweler Andrea Sangalli.

With the situation gradually improving in the northern Lombardy region around Milan, one of Italy's areas hardest hit by the pandemic, La Scala is expected to unveil its new season this month.

On Tuesday, director Riccardo Muti will conduct a concert with the Wiener Philharmoniker orchestra, while British conductor Daniel Harding is scheduled to take the stage on May 17. Tickets for all three performances are sold out.