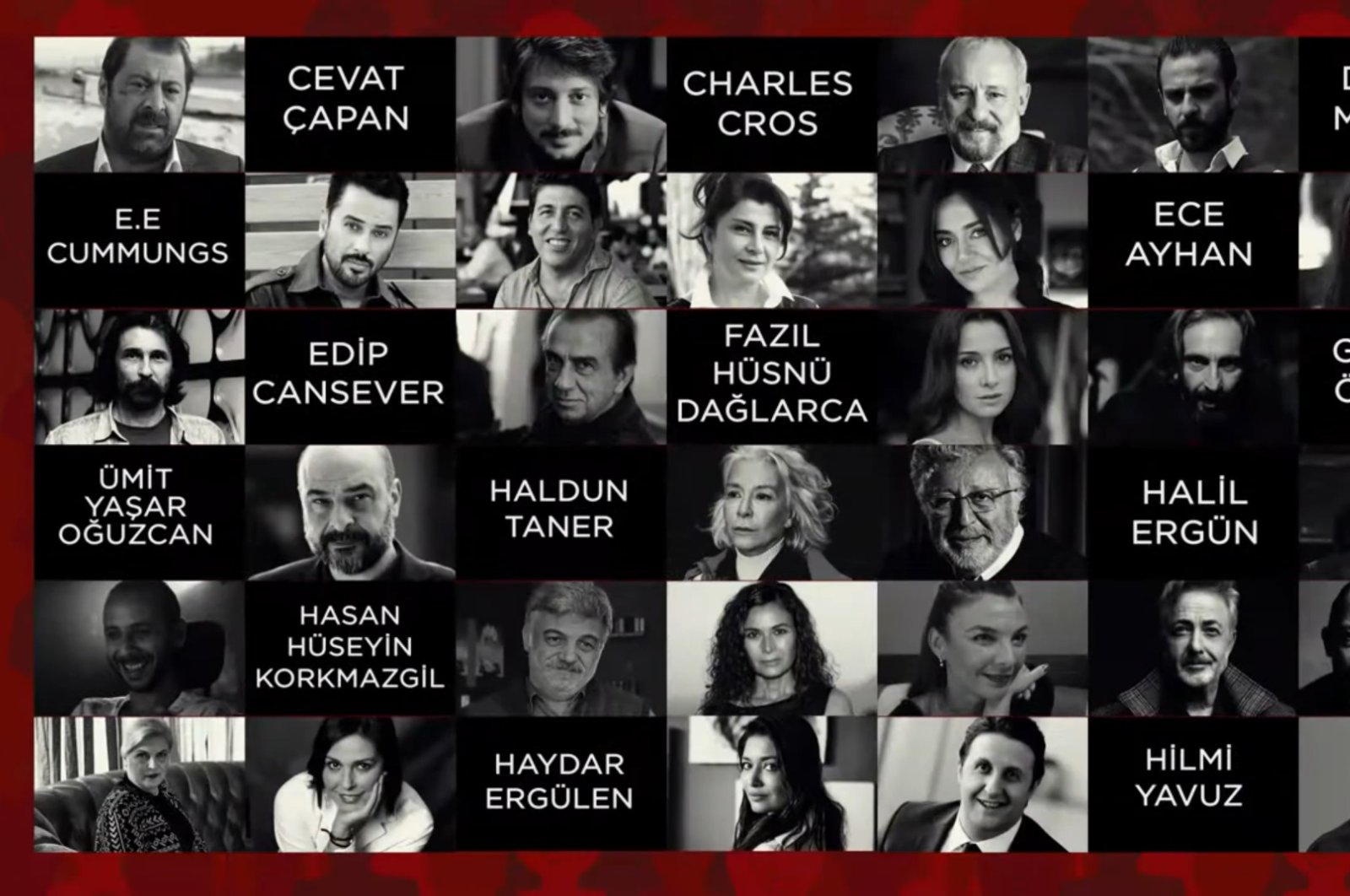 A total of 100 theater and cinema personnel read poetry from 51 well-known poets to support the collection of donations.
by Anadolu Agency May 28, 2020 11:46 am
RECOMMENDED

Geisha struggle to preserve tradition under shadow of coronavirus

Turkish actors created a donation platform to help unemployed theater workers as the sector has become one of the hardest hit by the novel coronavirus.

Although Turkey has begun to gradually ease measures against the virus, movie theaters, cafes and other venues remain shuttered. The death toll for the country stands at 4,431 as of Wednesday.

A total of 100 theater and cinema personnel, including Demet Evgar, Erdal Beşikçioğlu and Songül Öden, read poetry from 51 well-known poets such as Nazım Hikmet, Atilla İlhan, Pir Sultan Abdal and Rıfat Ilgaz and recorded it on video.

Videos of the readings can be viewed on the organization's website.

Actors said the theater reminds people to hope, laugh, question, remember, think and dream despite life's difficulties. "Today, we want to say to the theater workers, 'We are with you,' so we may meet with them again tomorrow ... Because, as we realized in these disastrous days, we would go crazy in a world without art. Now it's your turn to let our theaters resist (the difficulties they are facing) and live," they said in a statement.

Donations collected through the website will be distributed to workers through Together Cards loaded with TL 250 ($37) each.

Since first appearing in China last December, the novel coronavirus has spread to at least 188 countries and regions. The pandemic has killed more than 352,600 people and infected more than 5.63 million worldwide, while more than 2.32 million have recovered, according to figures compiled by U.S.-based Johns Hopkins University.

Geisha struggle to preserve tradition under shadow of coronavirus