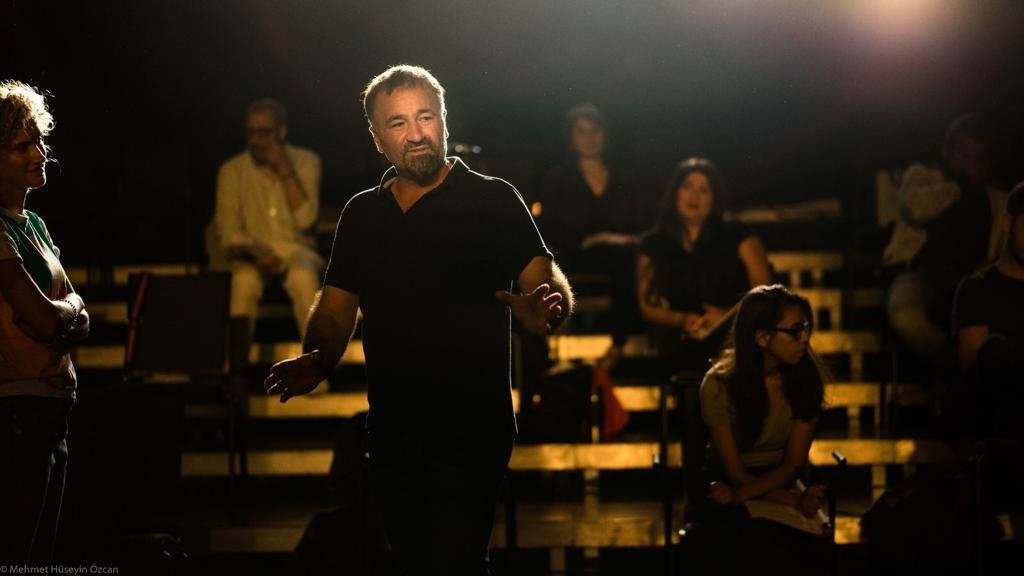 The 7th Frankfurt Turkish Theater Festival (Türkisches Theaterfestival Frankfurt) will be organized online between Nov. 20 and Nov. 29 by Theater Frankfurt this year due to the COVID-19 pandemic. The festival will bring together doyen theater actors and actresses with Turkish and German theater enthusiasts.

Held every year in Germany’s Frankfurt by Theater Frankfurt, founded by actor Kamil Kellecioğlu, the festival has been offering plays written and performed by Turks for a German audience with subtitles since 2003. The festival is primed to present a rich program of theater plays online in its seventh edition as well.

In an interview with Anadolu Agency (AA), Theater Frankfurt General Art Director and Festival Chairperson Kellecioğlu said the theater ensemble prepared the festival over the span of two or three months and established the technical installation at the highest level.

“We bring Germans and Turks together with theater plays. We have translated adult plays into German. German audiences will enjoy them,” he continued. Underlining that they do not organize the festival for commercial purposes, Kellecioğlu said: “If the theater is free from commercial purposes then we can achieve real art.”

In addition to theater, the festival program features various workshops to be held by prominent artists, where they will share information about basic acting techniques, dramaturgy writing, the character creation process, how much the theater can touch its audience, intergenerational theater, character design in acting, theater from past to present and the adventure of staging a production.

According to Kellecioğlu, the festival will conclude with a recording of the play “Giden, Tez Geri Dönmez” (“Leaver Doesn’t Come Soon”) directed by Macit Koper and Ayla Algan, starring veteran artists such as Şener Şen, Ayla Algan and Kerim Afşar, which was originally staged in Turkish and German in Germany in 1980.

As part of the festival, the audience will be able to watch the plays for free for nine days. Information about the play program of the festival is available on Theater Frankfurt’s website and social media accounts. The entire festival can be followed via YouTube.