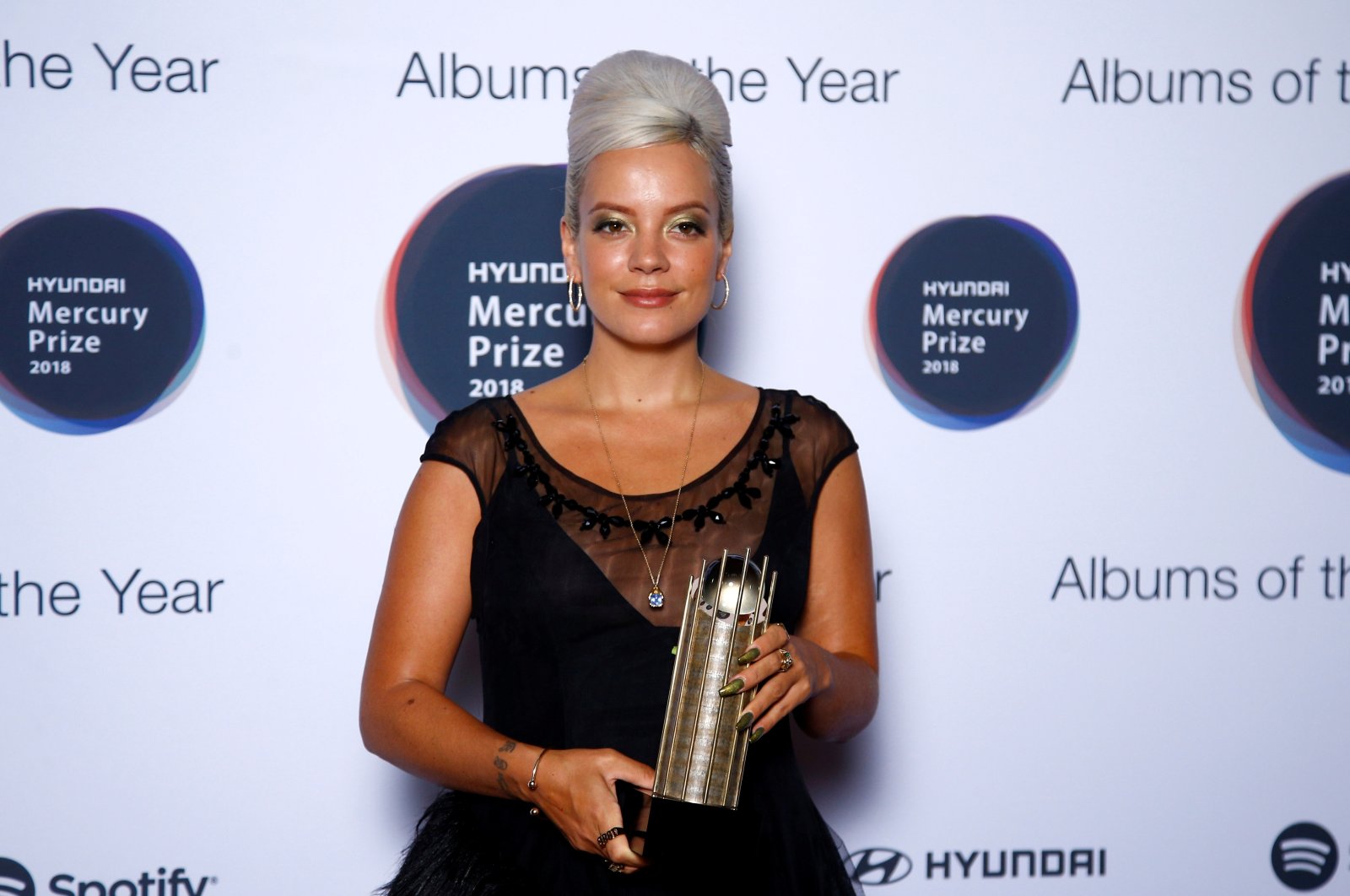 Lily Allen, whose album "No Shame" was nominated for the Mercury Prize 2018, poses for a photograph ahead of the ceremony at the Hammersmith Apollo in London, Britain, Sept. 20, 2018. (REUTERS Photo)
by REUTERS Aug 06, 2021 5:21 pm
RECOMMENDED

Although she has performed in front of huge crowds with many fascinating shows to date, British singer-songwriter Lily Allen finds her theater debut in London's West End "much scarier."

Allen, who rose to fame in the late-2000s with hits such as "Smile" and "Not Fair," is making her theater debut in "2:22 - A Ghost Story," a supernatural thriller that opened for previews at the Noel Coward Theater on Aug. 3.

"I know people say 'well, you've been on the stage before,' but it is a completely different experience," Allen, who has spent five weeks rehearsing for the role, told Reuters.

"I definitely feel a huge amount of pressure."

The 36-year-old said she was settling into a new life in New York with her family and had no acting ambitions when, out of the blue, she was offered the part.

"I didn't have an agent. I wasn't looking for projects ... And I got a phone call from a casting director saying 'would you be up for doing a play?' And I just sort of thought 'well, no, not really.' But then I thought about it. And I thought it was such a great opportunity," Allen, who married "Stranger Things" actor David Harbour in 2020 and has two children from a previous relationship, said.

In "2:22 - A Ghost Story" she plays Jenny, a young woman who believes her new home is haunted. Her conviction causes tension in her relationship with her rationalist husband Sam (Hadley Fraser). Julia Chan and Jake Wood also co-star.

Writer Danny Robins, who also makes his West End debut with the play, said the story was inspired by a friend's "really credible" account of a supernatural encounter.

"You know, there's a reason why we've believed in ghosts since prehistoric times," he said. "Death is this big, scary, horrible thing, this idea that we just all cease to exist. So we need ghosts in our lives."