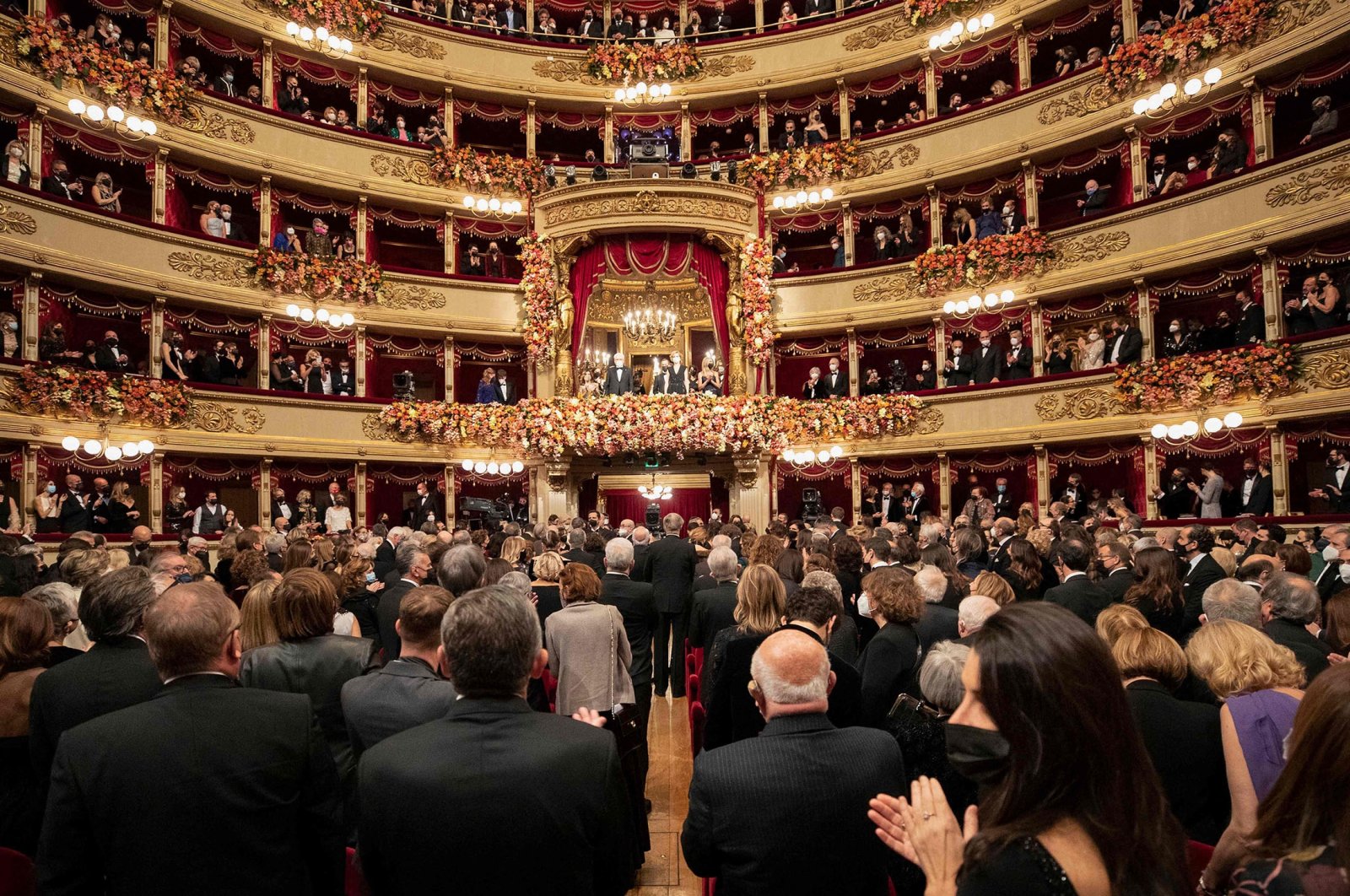 It was a rather somber occasion – contrary to the uproars of bygone normal times – as the famed Teatro alla Scala, or La Scala, on Tuesday opened its new season before a full house with the gala premiere of Giuseppe Verdi's “Macbeth” while many across Europe remained shutdown due to the COVID-19 pandemic.

Despite the glittery evening wear and a guest list that included Giorgio Armani and Italy's president, Sergio Mattarella, the mood was more restrained than usual for the event that is considered a highlight of the European cultural calendar.

The appreciative crowd showered flowers from the tiered balconies on star baritone Luca Salsi who sang the title role and Russian soprano Anna Netrebko as the conniving Lady Macbeth.

But there were mixed reviews from La Scala's strictly traditionalist upper tiers for the modern staging by Davide Livermore, who received a smattering of boos in the 11-minutes of curtain calls for the entire cast and orchestra.

Livermore, in his fourth consecutive La Scala premiere, set the Shakespearean tragedy in a contemporary city of skyscrapers, with video images projecting a dystopian fate as it falls to Macbeth's tyranny.

The staging was a complex choreography weaving together the chorus and a mime troupe in largely horizontal movements, while the stars were conveyed on and off the stage vertically, often in a gilded elevator.

Netrebko, who stunned with a dreamlike ballet performance in the third act, was the first to defend the staging.

“I think this production is absolutely amazing, stunning, modern, new,” she said. “It's a new world in the opera and we love it,” she said.

Both she and Salsi said they saw the modern interpretation as the future of opera.

“If we want to continue to watch operas with painted scenery and singers who stand still, maybe we can stay at home and listen to records, which is better,” Salsi said backstage. “We worked to make a show that I think is beautiful, grand, new and modern, that brings opera into the future.”

La Scala resumed performances at full capacity in September, but there remain considerations for the pandemic: Attendees had to show a health pass verifying they had been vaccinated or recently recovered from the virus under new government regulations launched this week for the holiday season. And masks were required.

After last year's televised-only premier, the in-person season opener was a positive signal for one of the world's top opera houses, even as live performances elsewhere continue to suffer as the virus makes a winter resurgence.

"When you see so many great theaters closed – my former theater (the Vienna State Opera), Dresden closed, Leipzig closed, etc., etc., a long list – I have to say we are lucky to arrive at the premiere," La Scala's general manager Dominique Meyer said.

Sitting in the royal box, Mattarella received five minutes of enthusiastic applause at his arrival for the opera – a sign of appreciation from the very institutional crowd of figures from industry fashion and the arts as he nears the end of his term next year.

After the last curtain call, the VIP crowd in all its finery melted into Milan's cityscape, with no gala dinner to celebrate the full house on opening night, another sign of the pandemic's continued grip.