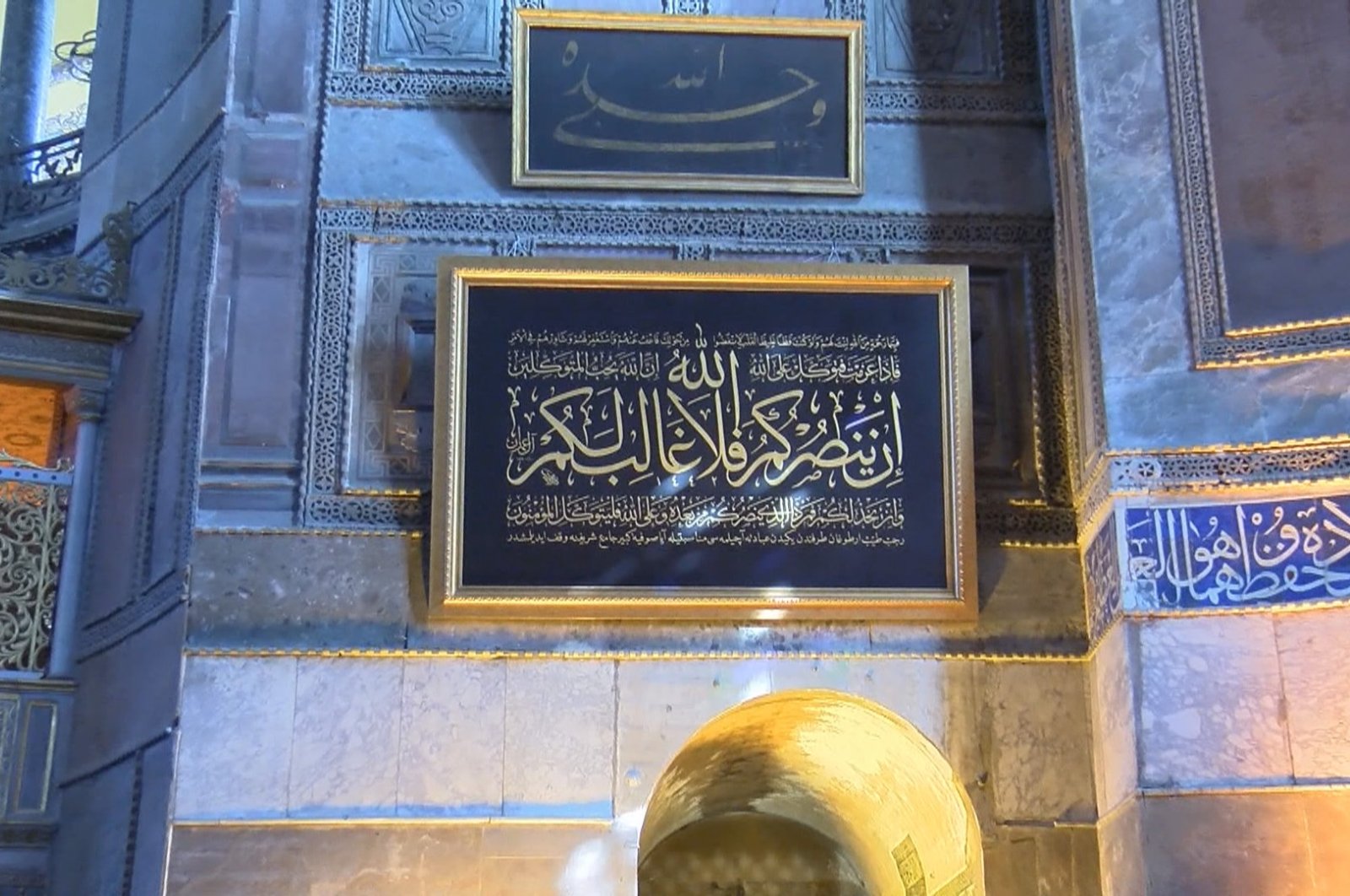 President Recep Tayyip Erdoğan donated a plate decorated with calligraphy to Istanbul's Hagia Sophia Grand Mosque, which was reopened for worship after 86 years.

The plate, made by calligrapher Mehmet Özçay on a black background with gilt, features the 159th and 160th verses from the Al-Imran surah. While its first two lines are written with the naksh, a smaller, round script of calligraphy, the second, third and fourth lines were created with another type of calligraphy script called thuluth. The plate, which measures 234 by 350 centimeters (92 by 138 inches), was placed on a wall close to the minbar (pulpit).

The 159th and 160th verses read: "It was thanks to Allah's mercy that you were gentle to them. Had you been rough, hard-hearted, they would surely have scattered away from you. So pardon them and pray for their forgiveness, and take counsel from them in matters of importance. And when you are resolved on a course of action place your trust in Allah; surely Allah loves those who put their trust (in Him). If Allah helps you none shall prevail over you; if He forsakes you then who can help you? It is in Allah that the believers should put their trust."

The plate also lists the calligrapher's name and the date it was donated. It also features the inscription: "The plate is endowed by Recep Tayyip Erdoğan to Hagia Sophia Grand Mosque on the occasion of its reopening to worship."