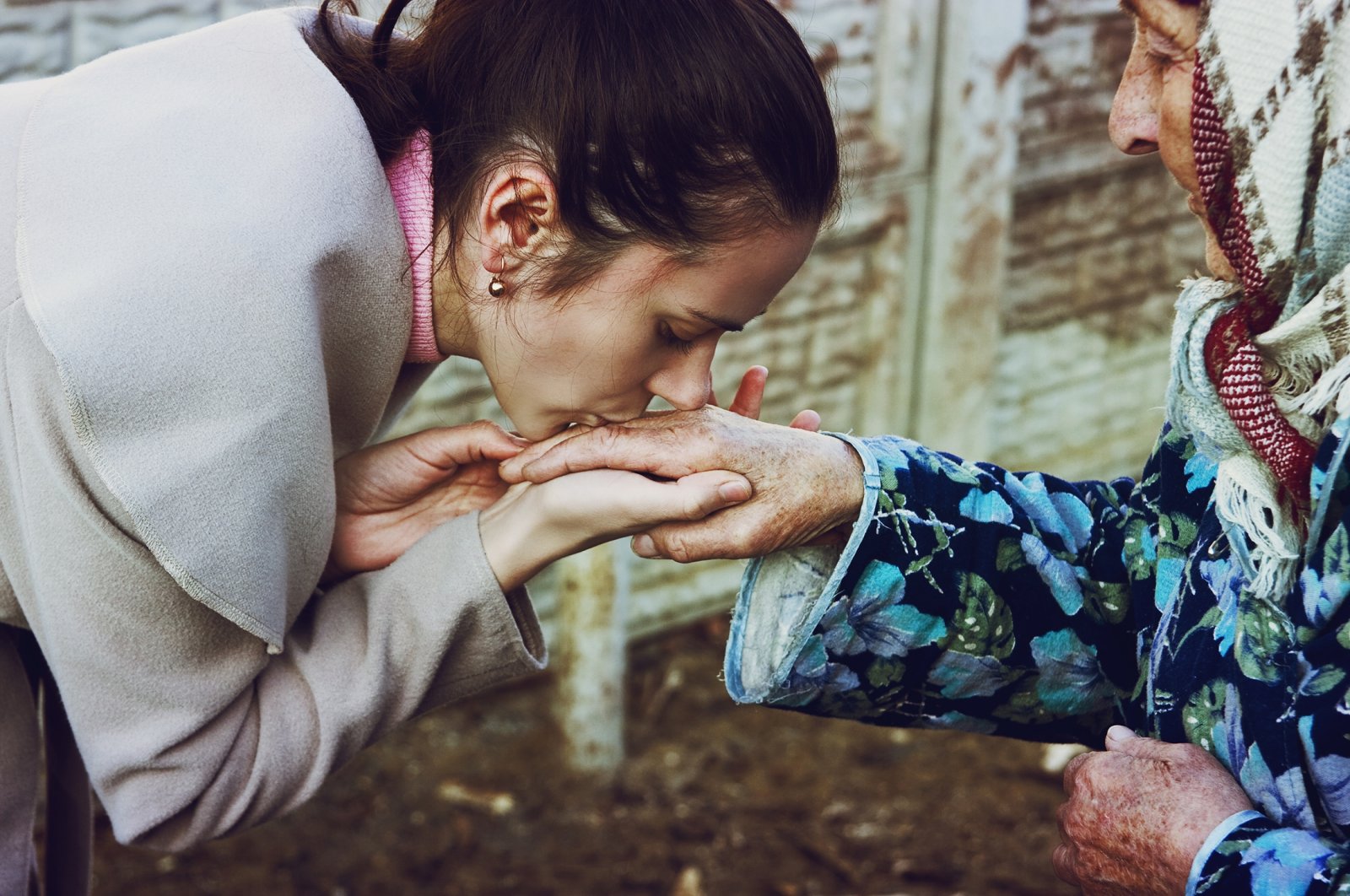 A young girl presents her bayram greeting by kissing the hand of an elder. (Shutterstock Photo)
by İREM YAŞAR Jul 19, 2021 1:55 pm
RECOMMENDED

These religious holidays were celebrated after Islam spread among Turkic people following the Battle of Talas, fought between Muslims and the Chinese in 751. This battle was a milestone in history as the Turkic forces sided with the Muslims and fought alongside them, which led to the acceptance of Islam in their entire region over time.

Qurban Bayram commemorates the Prophet Abraham’s willingness to sacrifice his son at Allah’s command. The Prophet Abraham, who is known as Ibrahim in the Islamic world, had made a vow that if he had a son, he would sacrifice him for the sake of Allah. After having a son, the prophet was reminded of this vow through a dream.

Both Abraham and his son were willing to keep the promise. The prophet placed his son on an altar, took a knife to kill him although Satan tried to hinder them. However, an angel appeared and told Abraham to spare his son. They were rewarded as they showed their loyalty to Allah. A ram was sent to him from heaven, and the prophet sacrificed the ram instead of his son.

While cooking some parts of the sacrificed ram, Abraham and his family also distributed meat to the poor. This is why Muslims traditionally sacrifice animals during Qurban Bayram and why this festival is also called the Feast of the Sacrifice. Let’s learn how this celebration also affects Turkish culture and lifestyle with its moral and sentimental values.

The day before Qurban Bayram is known as the Day of Arafah. On this day, everyone cleans their houses from top to bottom and removes unnecessary items. Personal care is also important during the holiday. These all improve hygiene and minimalism in all aspects. Therefore, Turkish people and households are purposefully looked after for the bayram.

Qurban Bayram is a time of aid and charity. According to Islam, Muslims who meet the necessary criteria of wealth should help the needy through almsgiving called “zakat.” One of the most appropriate times for this monetary help is the Day of Arafah, or the first day of the bayram, until the Eid prayer. Those who could sacrifice an animal during the bayram are obliged to share it with the poor. Such sharing strengthens the sense of togetherness among Turkish people while it also allows everyone to experience the same holiday joy regardless of their status.

During the days of the bayram, Turks visit their parents, relatives, friends and neighbors one by one. These visits strengthen the feelings of friendship and teach hospitality. Besides, the youth learn the traditional culture during these visits; therefore Qurban and Ramadan Bayrams are like a school where moral and traditional values are transferred from one generation to the next. For example, they dress up in their nicest outfits and present their bayram greeting by kissing the hand of elders and then touching their hand to the forehead. One of the other instructive traditions for them during the bayram is grave visits. These visits help the young members of families remember elders and how short life truly is.

Qurban Bayram is not just a fun festival where people have a good time. It regulates the relations between individuals. While home visits are of great importance, the resentment between people also ends on the occasion of the bayram. Neighbors and friends mediate resentful people and reconcile them. Thus, we can say that Qurban Bayram is a regulatory event in Turkish society as it encourages mildness, amity and hospitality.

Turkish people also try to avoid unpleasant behavior, from fighting and lying to drinking alcohol, during the bayram. Moreover, the craftspeople and tradespeople are supported financially as their income is increased with the consumption of the celebrations.

As a result, the Qurban and Ramadan Bayrams are the holidays of friendship, happiness, well-being, compassion and morality and play an important role in encouraging goodness in the life of Turkish people.