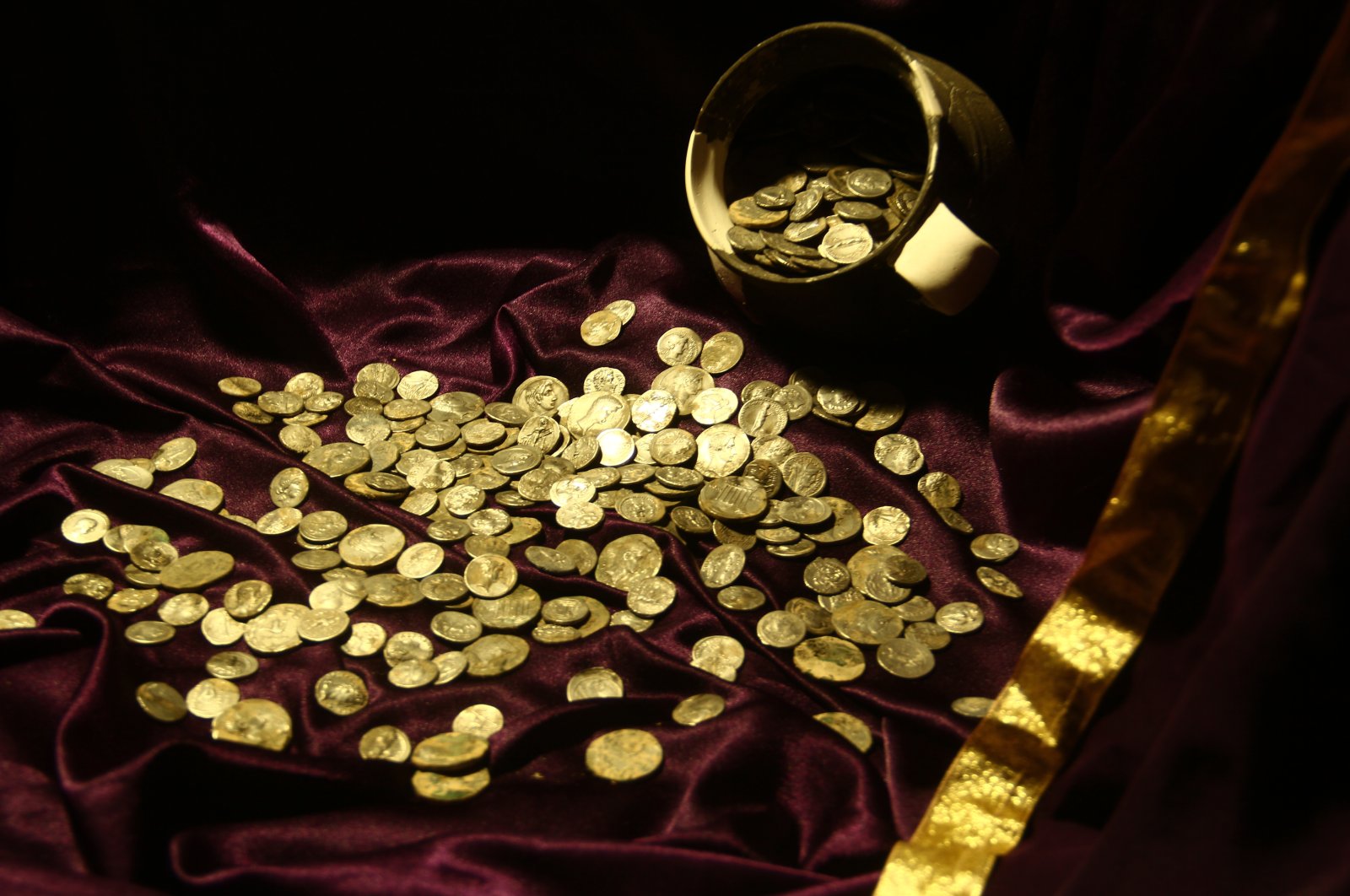 An exceptional collection of 651 silver coins belonging to the Roman period were unearthed Wednesday in the ancient city of Aizanoi, located in the Çavdarhisar district of western Turkey's Kütahya province. The coins were inside an ancient jug found in one of the waterways that run through the 5,000-year-old site.

Turkey is home to many world-famous ancient cities and archaeological sites that reveal its historical heritage. Aizanoi is a particularly special archaeological city as it is home to one of the best-preserved temples in Anatolia dedicated to Zeus, the Olympian god of the sky and thunder and king of the Greek gods. Dubbed the second Ephesus of Turkey, the city was added to the UNESCO World Heritage Tentative List in 2012. Archaeologists began restoration work on the ancient city in June 2020. The excavation and fieldwork are being carried out under the coordination of Pamukkale University's Archaeology Department.

Elif Özer, the senior archaeologist supervising the dig in Aizanoi, told Anadolu Agency (AA) that they found the jug of coins while working on their riverboat project. With this project, visitors will be able to experience the city while exploring its historical ruins aboard sailboats placed on the waterways, just as the Romans did centuries ago.

Noting that the jug was protected by terra cotta plates made by ancient people, Özer continued: “Our excavation team meticulously unearthed the jug and retrieved the silver coins in it. Following their examination, it has been determined that the coins are from the era of Roman Emperor Augustus.”

“Of the coins, 439 are standard Roman silver denarius coins, and 212 are cistophorus coins from the ancient Greek city of Pergamon,” she added. The excavation team estimates that the coins could have belonged to a high-ranking soldier.

Özer said most of the coins were issued from southern Italy’s mints, noting that this latest find is the most outstanding silver coin collection found in recent times. She also said her team is preparing to promote the collection by publishing journal articles and books about it in both Turkish and English.

The collection is now being exhibited at the Museum of Anatolian Civilizations in the Turkish capital Ankara.