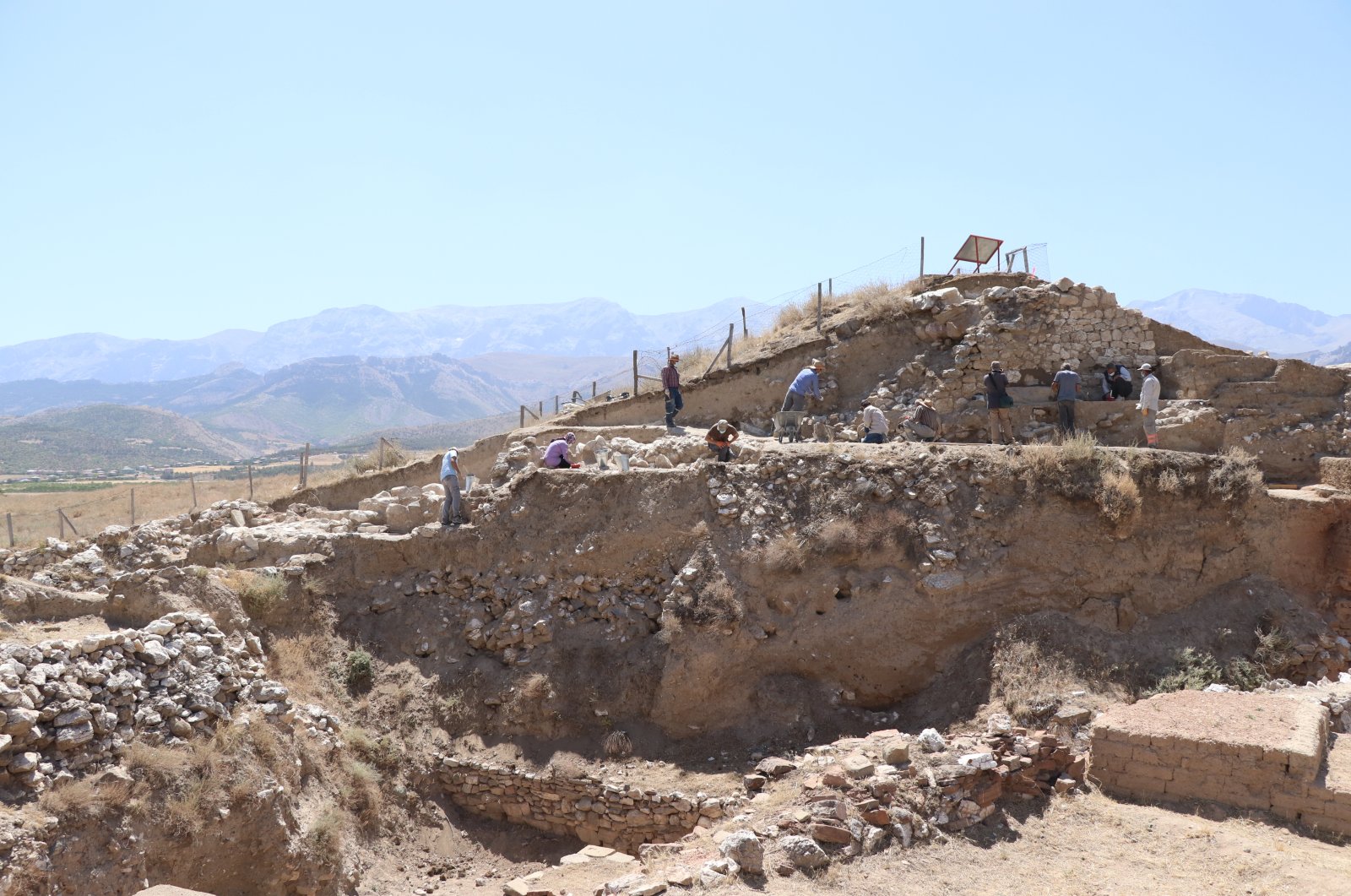 Excavations at the Porsuk Mound, located near the village of Porsuk in the Ulukışla district of central Niğde province, revealed the remains of city walls and plaster dating back to the Iron Age this year.

The Porsuk Mound, which is also called Zeyve Mound by the local people, is 55 kilometers (34 miles) away from the city center in Niğde. The site houses original adobe bricks belonging to the Hittites and living spaces from the Roman period.

The mound, which is the oldest excavation area in Niğde, was located in a strategically important location connecting Anatolia from north to south throughout history. Excavations in the Porsuk Mound began in 1960 during road construction in the gypsum bed. The works were launched on the site by the French Anatolian Archaeology Institute (IFEA) in 1968 with permission from the Turkish authorities.

The mound has been one of our most popular excavation sites in Turkey ever since, after the discovery of Hittite hieroglyphs inscribed on a large sandstone dating to the eighth century B.C. During the excavations, which continued for about 50 years with interruptions, it was revealed that the mound was used as a garrison during the Hittite period due to its strategic location. Besides, the excavations unveiled a 2,100-year-old Roman house and cellar, rooms and storage containers to date.

The latest digs in the mound were started in July this year and shed light on the Iron Age period of the area.

Assoc. Dr. Claire Barat, a former lecturer at Polytechnique Hauts De University, Department of History and Classical Archaeology and head of the excavation committee for the Porsuk Mound, told Anadolu Agency (AA) that they took a break from work last year due to the coronavirus pandemic. “We are very happy this year because we are here and continue to work. This year, we are excavating Roman houses and Iron Age walls,” he said.

Noting that Porsuk mound is a very important protected area, Barat continued: “ There are Hittite walls, Iron Age walls, Hellenistic, Roman and Byzantine works here. We have found remains of the city walls and very important original plaster from the Iron Age recently. We are doing urgent protection to these finds because there is a lot of wind and dust. Also, it snows a lot in winter. Therefore, we need to be quick.”

Barat pointed out that there were settlements on the mound from the Hittite period in the 1650s B.C. and from the Iron Age between 1200-400 B.C.

Noting that the mound is 4 hectares in size, Barat said, "There were walls and towers here. We protected the tower and the walls two years ago. We continue the conservation work this year. At the same time, we discovered a castle from the Iron Age in our excavations."