Avant-garde or kitsch? 'A Question of Taste' at Pera Museum 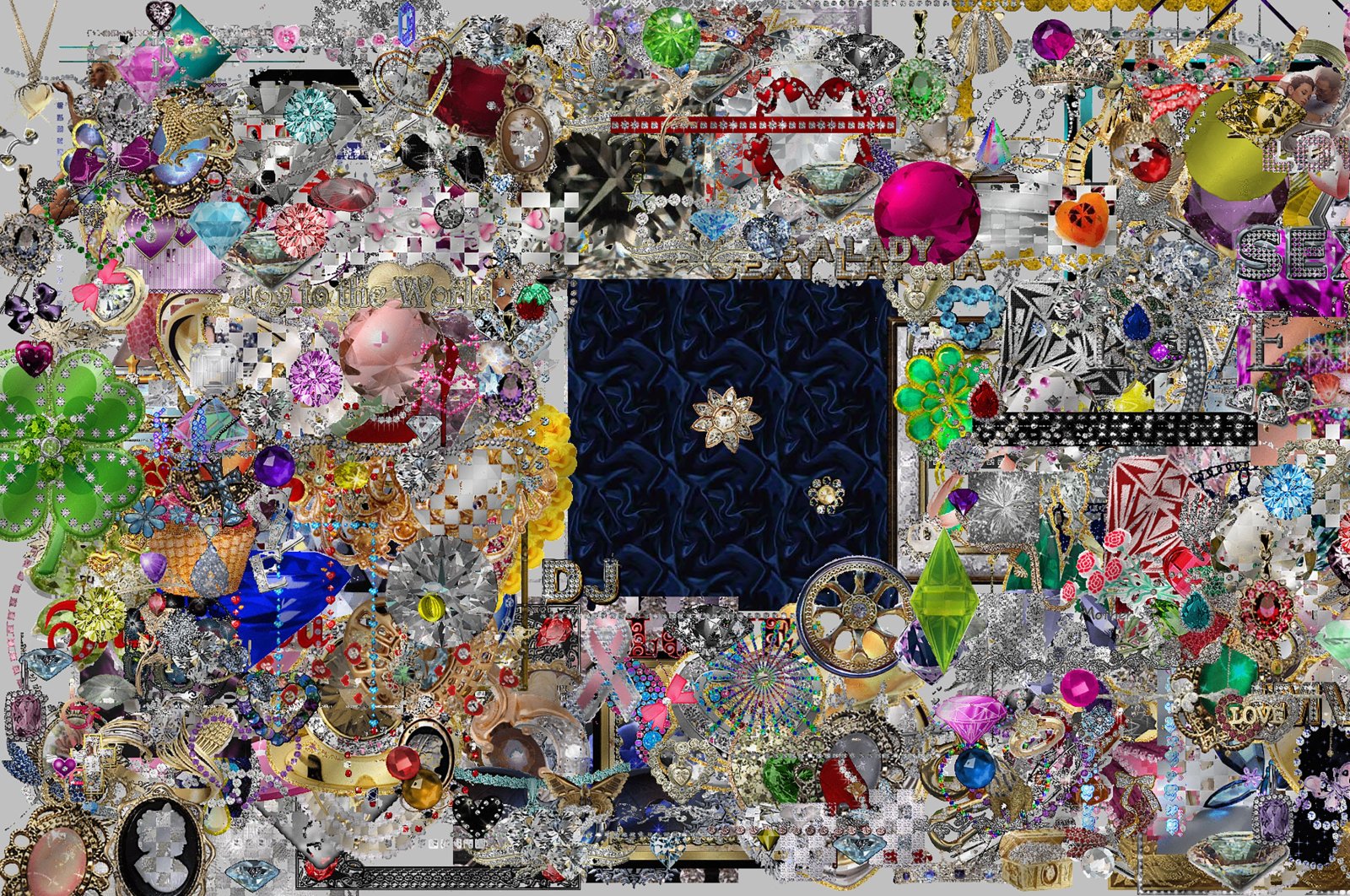 Avant-garde art generally comprises works that are experimental, radical, or unorthodox. It emerged as an abstract style that can be only understood and interpreted by educated, specialized eyes. It illustrates the unconscious without caring to please the market for conscious viewers.

When avant-garde emerged in the 1860s, a different interpretation strategy was necessary for viewers to read new works. However, for someone with an adept, trained vision, it was not so difficult to recognize this complex art. Therefore, it can be said that avant-garde is highly bourgeois.

What exactly contrasts avant-garde is another concept of art named kitsch. Kitsch stands for the proletariat. It emerged after the need for consumable art increased.

Unlike avant-garde, kitsch works reflect evidently what they want to say. While there is not much room for personal interpretations in the kitsch, this concept consciously exposes viewers to relatable scenes instead of presenting ones that need a person to imagine. This is why it can be used to control masses in areas where it is not desired for people to be socially critical.

In short, while avant-garde presents beauty in control of the uncontrollable, kitsch is about accidental beauty. In his 1993 essay "Avant-Garde and Kitsch," American essayist Clement Greenberg argues that kitsch is a product of the industrial revolution and capitalistic society. According to him, kitsch is lazy while the writer praises avant-garde.

But what about analyzing avant-garde and kitsch side-by-side rather than in opposition? What if we look closely at contemporary art's relations with the collective aspects of mass culture, rather than considering mass culture as unsubstantial, banal and inferior, and try to explore the ties between them? Could this agitate the existing structure of class society? Is it possible to define taste as something other than an indicator of class?

Curated by Ulya Soley, Pera Museum's newest exhibition "A Question of Taste" deals with kitsch and the intimate relationship this concept has established with today's visual culture as well as its critical role in shaping taste with the works of 13 artists and collectives.

Sparking the question of whether the concepts of beauty and taste can be discussed in a more inclusive way toward a future where there are no hierarchies such as lower class-upper class, mass culture-high culture, the exhibition explores the rich uses of kitsch. The displayed works address the blurring boundaries between "high art" and "mass culture," sometimes through a magnificent diva depicted in a stage costume among flowers and sometimes through fake perfumes that turn into a dream soup in colorful bottles.

The curator Soley underlines that most of the adjectives used to describe kitsch are negative and says, "Some argue that kitsch reaches the level of beauty by conceptualizing ugliness and vulgarity, while some claim that it opens up space for itself by challenging the definition of beauty. Regardless of its methods, kitsch continues to impress its viewer by infiltrating the system through its cracks." Noting that contemporary art leaves its masculine and elitist history behind and gets equipped with inclusive reflexes today, she continues: "Inspired by kitsch's inclusive and diverse structure, contemporary art practices that borrow, repeat, change and re-present are evolving as they become intertwined with social movements. Taste determines the boundaries of high and low culture through signs without fully describing them, and kitsch stretches these boundaries and expands the gray zone between the two sides."

Karamustafa is one of the most celebrated female artists in Turkey. Using historical and personal narratives to create her art, the artist's productions are a response to the modernization period of Turkey. They revolve around sociopolitical themes including gender, exile and migration.

In Akbank Sanat's latest exhibition "6 Artists in Search of a Precedent," featuring the works of six artists and the works of those they chose as their predecessor, artist Güneş Terkol chose Karamustafa as her predecessor. Terkol mostly focuses on issues of social gender and class through fabrics and stitchwork in her oeuvre. Visiting her solo show "A Duo" at KRANK Art Gallery last year, I was mesmerized by how she reflected dualities by using the binary elements that she observes in her daily life in this show. Also in the Akbank Sanat exhibition, iconic textile works by both Karamustafa and Terkol took their places to create a bridge between the past and the present and to show the bond between the traditional and the contemporary.

Karamustafa attended Pera Museum's latest show with "Tigerella" (1983), "Watermelon Carpet" (1986), "Ascension" (1981) and "Spiral" (1981). In her "Watermelon Carpet," the artist, who has been producing works that deal with the concept of kitsch for a long time, has created a collage work with fabrics she collected from houses during the period in the 1980s. While the collage work repurposes the fruit print, it infiltrates the stratified structure of the city.

Artist duo Pierre et Gilles incorporate photography and painting to create multi-layered works like Karamustafa. However, their works are based on studio photographs of their friends or famous figures. In the exhibition, they depict showgirl and diva Lolly Wish in a glamorous and iconic pose. In "Flowers and Tears," the diva, wearing a stage costume, appears among pink and purple flowers.

Another duo taking place at the show is FAILE. Recreating an installation that they initially realized for their Shrine project in 2016, the duo is inspired by different elements of worship such as roadside shrines, prayer wheels and temples. They reinterpret these structures within a contemporary visual language. Bringing the divine and the mundane together, "Shrine" is described as a place of fictional memory where shared memories and unpredictable futures can bring everyone together on common ground, regardless of class differences.

Producing the most iconic examples of post-internet art, Olia Lialina's video "*Treasure Trove*" is a collage of GIF images on the Blingee platform. Blingee is a platform that offers users tools that allow them to add glitter flowers, hearts, jewels or animated text to their images and turns them into fun GIFs. Bringing together 440 jewel animations provided on the platform, Lialina's video also investigates the transition from early animated GIFs to the gemstone GIFs of the post-2000s through these images that shine, dance and revolve around themselves.

Another video work is by Farah al-Qasimi. Titled "Dream Soup," the work takes place in a shop that produces fake perfumes in the United Arab Emirates (UAE). In this highly disordered shop where women's perfumes with names such as Feminism, Pink Chill, Only She, Flawless, Nice Lady, Extreme Happiness, Lovable, and men's perfumes called Macho are produced, colored liquids are transferred into colorful perfume bottles decorated with gold. Advertising posters for perfumes of well-known brands remind us that the process of making these perfumes is not that different.

Since 1992, artist and dancer Nick Cave has been designing costumes that he calls, Soundsuit (Sound-clothes) that make a sound when worn. The artist, who has designed over 500 costumes to date, uses everyday materials such as feathers, beads, hair, and plastic buttons and renders signs of identity such as race, gender and class invisible. Cave's "Drive-By" for Pera Museum exhibition, where costumes transform into performances, also presents figures dancing freely in the middle of nowhere, accompanied by music.

The last work that deserves appreciation is by Brazilian artist Bruno Miguel. His installation "These People in the Dining Room" brings together the porcelains representing the hard-to-attain class and the neon-colored palm trees embraced by mass culture at the dinner table.

The exhibition, launched on Feb. 23, can be visited by the public at Pera Museum in Istanbul until June 6.