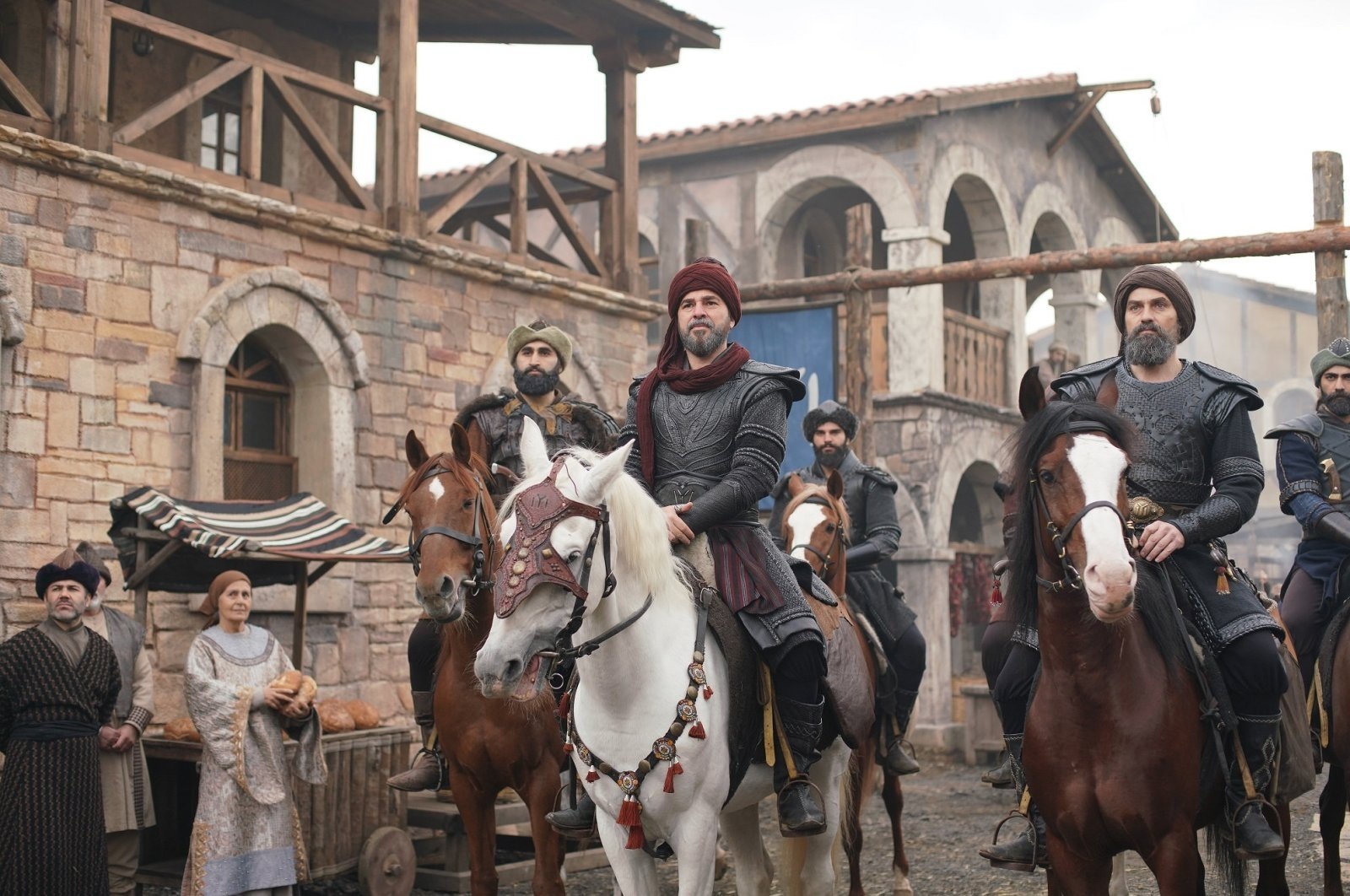 Hooked after watching the first episode of ‘Resurrection: Ertuğrul,’ many Kashmiris binge-watched the acclaimed historical drama. How did they interpret the drama and become so interested in it?

The Turkish TV series “Diriliş Ertuğrul” (“Resurrection Ertuğrul”), which is based on the life of Ertuğrul Ghazi – a brave 13th-century Muslim warrior – gained wide popularity in many Asian countries. The drama focuses on the struggle of Ertuğul Ghazi, astonishingly played by actor Engin Atlan Düzyatan. He was the father of Osman I, the founder of the Ottoman Empire, and belonged to a small nomadic “Kayı tribe” of Muslim Oghuz Turks.

“Diriliş Ertuğrul” has rekindled the forgotten history tracing from the Ottoman Empire through the story of this brave Muslim warrior, whose rule of law was primarily based on justice, freedom, peace and unity. Beautifully unfolding diverse themes including politics, art, culture and the social structure of the Ottoman period, the series also became very popular among Kashmiris in the middle of the pandemic despite the ban and strict lockdown measures. Its record-breaking popularity rose amid the pandemic lockdown when it was aired in the Urdu language. The drama received enormous appreciation for its characters, content and screenplay despite strict lockdowns and low internet speeds. According to a local newspaper, Kashmiris dodged the internet shutdown to watch the series, with which they beat their blues. Impressed by the drama, many Kashmiri parents even named their newborns Ertuğrul.

But what makes the series, dubbed as the Turkish "Game of Thrones," a superhit drama? Why are Kashmiris so into it? Let's learn together.

The very moment “Diriliş Ertuğrul” was aired in the Urdu language, Kashmiris were still emerging from the trauma of abrogation of article 370 (special status) and removal of its statehood. So, many Kashmiris consider the struggle of Ertuğrul Ghazi more relatable to their day-to-day struggles. Political analyst Noor Mohammad Baba says that death and destruction have been a common sight for Kashmiris for decades and therefore a series like "Diriliş Ertuğrul" has more impact since the people actually relate to its content.

Besides, the costumes featured in the drama have a striking resemblance to the nomadic Kashmiri Gujjar community and their tribal culture. There are around 28 lakh Gujjars living in Jammu and Kashmir, which makes them the third-largest ethnic group in the valley. A theory shows an indirect link between Gujjars and Turkic people as the decedents of Noah. A study conducted in 2009, under the supervision of Gujjar scholar Javaid Rahi shows the word "Gujjar" is of central Asian Turkic origin from the word “göçer,” meaning nomad. These are all among the elements that contribute to Kashmiris being able to relate to the series.

There are also various cultural similarities between the tribal Gujjar community of Kashmir and the Kayı tribe in “Diriliş Ertuğrul,” including heavy jewelry and a nomadic lifestyle. In Kashmir, tribal women wear home-stitched round caps also called “patka” under a long piece of cloth with long hair braids called “mendiyan” and men wear turbans, all of which are identical to the Ertuğrul drama.

Another significant aspect represented in the drama is a depiction of Islamic philosophy and spiritual thoughts and the words of wisdom from Muslim scholar Ibn Arabi. Sufism and spirituality are the common features found in both Turks and Kashmiris. It is baked in every Kashmiri soul. Syed Sharafuddin Bulbul Shah of Turkey was the first Sufi preacher who came to Kashmir. After his arrival, he converted Sultan Sadruddin Shah, also known as Rinchan Shah, to Islam and the shah then became the first Muslim ruler of Kashmir. Therefore, Islamic values are at the heart of the viewers. Consequently, Ertuğrul’s bravery, honesty, wisdom and strength partly draw an analogy with the second caliph Umar ibn al-Khattab and caliph Ali ibn Abi Talib. So, it has appealed to people from all age groups, even in the month of Ramadan.

Apart from these cultural similarities, Kashmiri women are particularly interested in the constructive, positive roles played by Kayı women, unlike those portrayed in Hollywood movies. Women of the Kayı tribe are the backbone of their tribe and hold the power of decision-making. Kashmir women also play the same fundamental roles within their society.

The series is a great portrayal of Muslim history as the characters, graphics and content are promising and relevant to the original incidents. While a vast audience, particularly Muslims across different countries, admire Ertuğrul Ghazi, the youth in Kashmir believe it is rediscovering Islamic history.

The conquest, which was achieved through strong will and conviction in God, is an outpouring, especially while fighting against the notorious Mongols, Crusaders, Byzantines and Templers. Many found it cathartic because it "ends in a victory," thus garnering wide support.

Therefore, "Diriliş Ertuğrul" does not offer a common saga but carries an ethical, political and social message amid rising Islamophobia in European countries and elsewhere.