In search of a lost pastry: A novel on Greek Istanbul 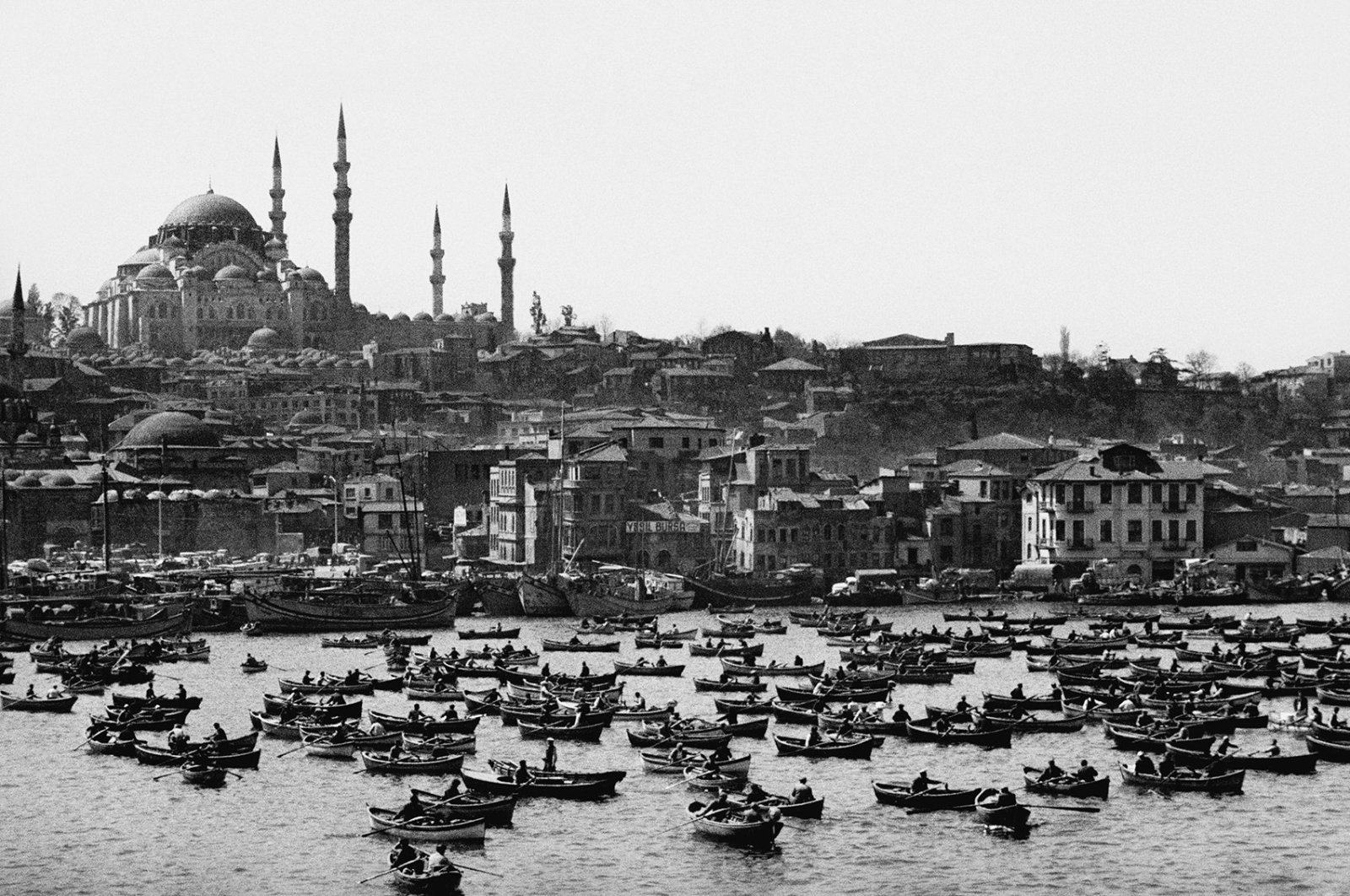 In the debut novel of Nektaria Anastasiadou, the writer from Istanbul mines her Rum roots in the city that has harbored them for millennia. That is the premise of 'A Recipe for Daphne,' as sweet as it is romantic

In the south aisle of Hagia Sophia, there is a marble slab with a trident. It suggests that prior to the usage of the building as a mosque, museum and church, there was likely a temple to Poseidon, the god of seas, on that auspicious ground overlooking the Sea of Marmara, Bosporus Strait and Golden Horn inlet. Istanbul, as ever, is a marine city, a complex waterfront urban habitation stretching back to the founding of Byzantine in the seventh century B.C.

In Greek mythology, Daphne is a female nymph, a naiad, who appears bound to bodies of water, fresh, however, not saline. Yet, it is not entirely out of the question that a character named after her would return from the oceanside villas of Miami to the sloping hills of Istanbul for the expressed purpose of listening to her mother’s people tell their stories. She aspires to study the oral history of her Byzantine community.

Yet, in Istanbul, Daphne faces the overwhelming and multilayered nostalgia that locals have for old Istanbul, particularly those who belong to the minority cultures of Greeks, Armenians and Jews. For her beauty, her youth and her American upbringing, however, she is warmly embraced. But the Turkish identity of her father, and of herself, is largely hidden, until, for dramatic tension, the novelist Nektaria Anastasiadou uses it as an apt literary device.

But besides being a well-researched piece of fiction, employing historical knowledge and cultural nuance deftly, spiritedly and soundly, Anastasiadou’s novel is not entirely on key when it comes to the momentum of contemporary literature in which she, as an award-winning multicultural writer, is poised to contribute. Daphne, for example, whose mythical beauty is as cartoonishly unreal as a sylph, is perhaps the least developed of her book’s characters.

Anastasiadou writes of Daphne’s hair like a Minoan princess, and that she enjoys a figure of perfection that is garishly exaggerated, like the glossy cover of a paperback romance. A more successful portrait of human characterization is that of an older man named Fanis, who along with Daphne’s aunt Gavriela, assumes the trappings and eccentricities of life as a proud Greek Christian in the neighborhood of Kurtuluş, known to Greeks as Tatavla.

Fanis is as bold as he is honest. And in his forward sincerity is his vulnerability, uninhibited, approaching his twilight years with sparks flying. Anastasiadou has captured an achingly human portrayal of cultural revitalization as intimately commingled with the anxieties of aging and its preoccupation with the romantic potential of youth to revitalize, and perpetuate sources of communal belonging.

The full name of Fanis is Fanourios Paleologos, which he exclaims as aligned with the famous heritage of Byzantine emperors. He uses such boasts for what might be understood as his personal imperial interests, his flirtatious conquering. Although he is about 70 years of age and Daphne is 32, he believes he has as fine a chance as any. As Daphne’s mother, Sultana, warned her, Istanbul is the city, with a capital “C”, where a smile is a cause for a man to jump.

Daphne’s heart, however, is not easily wooed, at least not by a man so vastly her senior. But she is not entirely unavailable. She is in a bind, emotionally, and geographically, a modern damsel in relationship distress. Back in Miami, her tango-loving partner Paul is having adventures of his own, while she is drifting away from the tacky lifelessness of air-conditioned Florida for the personified histories of unfading unpredictability in Istanbul.

Her course of study is oral history, a Ph.D. no less, and she has set her sights on the three top universities in the largest Turkish metropolis. Two of them end up rejecting her, but she does not lose hope. When her mother learns of her ulterior motives for visiting Gavriela, that she might want to move to Turkey, it causes a family scandal. Her full name is Daphne Zeynep Badem, a telltale sign of second-generation immigration.

Daphne’s parents, Sultana and Ilyas, raised their daughter in America, yet with a strong command of Greek. The thought of her returning to Istanbul is a backward step, especially to her Greek mother, a rupture in their collective future. Yet, for all of the information on Daphne, besides exhibiting such traits as the classic Mediterranean jealousy that Anastasiadou chronicles so endearingly, she is largely devoid of inner life, practically mindless.

It could be a condition of Daphne’s Americanization that she has essentially become bland and superficial, a blank canvas on which the mess of Istanbul would color. Yet, as the driving force of a new novel, rather than focus on outward expressions of Greek Orthodox and Byzantine Istanbul’s cultural attributes, “A Recipe for Daphne” misses the beating heart of literary creativity as it has been critically amassed and developed into the 21st century.

She eventually comes into contact with Kosmas, who, although a momma’s boy Istanbul Greek of a pastry chef, finds his way to her fancy. He is a reader of Ottoman Turkish, and discovers, in a premodern cookbook, how to make a special dessert representing all of the Ottoman Balkan peoples. Anastasiadou exhibits a refined talent for writing about food, which should be a proper skill set when it comes to Turkish-Greek literature.

To taste or to test

As with most novels and nonfiction set in Istanbul, cliches abound. Even if the book advances the cultural revitalization of Greek “Rum” society, “A Recipe for Daphne” is replete with Turkish sayings. The protagonist, like the author it seems, is torn between her affection for Turkish and Greek cultures, and their harmonization. Ultimately, she affirms their singularities as parts of the same whole, symbolized by a pastry.

For a read on the perennial distinctions between Greek and Turkish perspectives in terms of culture, and with a special eye on American immigration, “A Recipe for Daphne” is a worthwhile gander, a decorative complement to serious study. In the late Ottoman tradition of the early Francophile novel as light romance, as a trivial diversion, a ploy serving no more important a purpose than to pass domestic time, the novel is every bit as sweet as the pastry that sticks its narrative together, offering a taste, a glimpse, by which to imagine, and remember that Istanbul is more diverse than it may seem. And that its history is, to many, alive and present as ever.