On the art of space: Kevser Güler’s ‘On Celestial Bodies’ 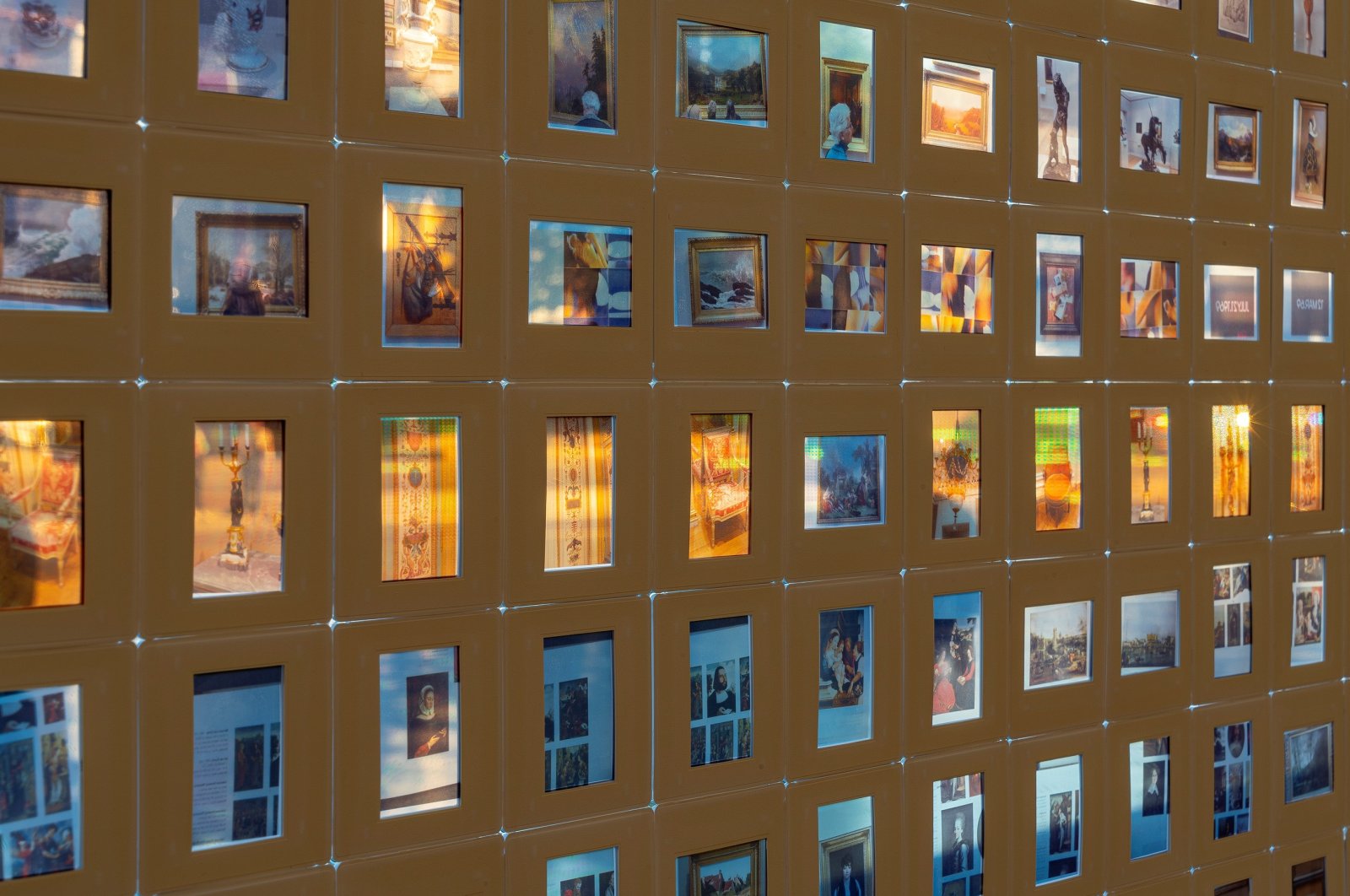 For the group show at Arter, entitled 'On Celestial Bodies,' curator Kevser Güler brought together works from an eclectic array of 28 artists, performing an especially perceptive examination of the physics of collectivity

The world is grappling with a complex of pressures, infolding into itself like a deluge as the hydra heads of climate change and xenophobic nationalism comport toward an unsettling fate. Meanwhile, billionaires reach for the stars on private spaceships. Back among the earthbound, the question of togetherness is paramount, as the rule of national borders shifts, entangled by the pandemic and the advancement of individualism along the course of history.

It is as crucial for contemporaries to ask who “we” are as it is to ask who “I” am. And they might be two sides of the same coin, flipped, as it were, by those few and lucky privileged enough to socially distance from the high ground of soapbox politics and its frequent torrents of imposed order. In today’s extraordinary milieu, the work of artists is reliably prescient, enabling a reshuffle of consciousness, so as to see clearer the way through imminent ruins.

As prolific a curator as Istanbul’s art world enjoys, perhaps, Kevser Güler is a recurring name on the horizon of cultural production in Turkey, mounting a proud scope of exhibitions between Arter and Yapı Kredi Arts and Culture and beyond that run the gamut of new creativity and relevant history. The show, “On Celestial Bodies,” references the astronomer Carl Sagan, who peerlessly captivated the popular imagination as integral in the greater astral ecology.

But more, Güler’s curatorial vision is an indictment of anthropocentric exceptionalism, to steal words from Arter’s statement. Another perfect turn of phrase in use in the context of the show is “radical relationality, a profound and bemusing concoction of terms that seem to instill a reconnaissance with universal wonder. Whereas societies are damaged by artificial hierarchies, so are natural environments. The difference, the mark, is one of context, of framing.

As a thought rises

In modestly-sized contiguity of rooms on the opening floor of Istanbul’s flagship contemporary art museum, Güler has prompted a quiet bout of unrest in the face of that ghostly enigma that appears to rear its head before the living, reminding everyone, at once, that mere mortals are circumscribed, bound, not only by each other but by what sense of a whole might exist if its parts had the faculty to grasp itself as one.

The selection of artists for “On Celestial Bodies,” gleaned from Arter’s house collections, is unique, striking. Added to the fact that none of the works’ makers or titles are listed in view of the works themselves provides a fresh, experiential glimmer of insight into the nature of objective interrelationship. It opens with a photograph. A thin, blonde figure stands alone in their apartment, dressed entirely in vibrant red. It has the effect of a winter morning.

The person in the center of the image holds up a piece of metal, cubic, reflective, and about the breadth of her palm. To her side, the refraction has projected against the wall, and, quite subtly, renders a rainbow pattern. The soft spread of light splayed throughout the interior photograph is evocative, gently patterned like a chorus of visibility. Beside it, a trio of paintings tells another story, also in red, of what Aldous Huxley called the doors of perception.

A canvas encompasses a nondescript amalgamation of mechanical forms, bordered by pale smudges of white, a strip of yellow, and centered by a sharp rectangle of flat red, punctuated by two textural black dots. The succession of works hones in on the rectangle, secondly showing it unframed by the object it colors until finally, it is a mere square of red paint. The primary shape is likened to a container, the triad resulting in the exposure of its contents.

The convention of four 90-degree angles by which to hold an image still is elaborated in a profuse display that might be characterized as a gallery of film negatives, pasted against the museum’s frontal glass wall, suffused by the natural light that pours in from the busy avenue immediately outside Arter’s entry facade. A close look reveals a broad representation of artifacts spanning classical art history.

The apparition of a Renaissance oil painting or an ancient Greek sculpture against the faded backdrop of a traffic jam in the heart of Turkey has the effect of an especially insightful point of criticism with respect to the potential of human creativity against the eyesores of industrial urbanization. The problem remains, however, what the unnamed artist under discussion intended in their production, and considering those who both see it and through it.

Among a curious assemblage of what might be aptly conceived as “art objects,” including metal twisted out of all sense of practicality, ergonomic body braces suspended from the ceiling on wires, a crumpled drawing of a scepter-bearing male-like figure, and other fantasies of physicality, post-perception, there is a room dedicated to a particularly satisfying work of video. If prosaic in comparison to other pieces in the show, its focus is no less bracing.

It is three-channel, projected against bare walls. It follows men living in the far reaches of Turkey’s high, snow-capped mountains. They are sometimes accompanied by a friend, relative, neighbor or muscly dog fit for the rugged landscape. They trudge upward, toward the heights of the peaks where, in proximity with the sky, they can access cell service. The meat of the motion pictures is their conversations, in Kurdish, just checking in with loved ones.

The snail’s pace of the videography, and the demeanor of the men, along with their canine companions, exude the good-naturedness of human life as defined, absolutely, by the massive scope of rural, earthly surroundings, through which they pierce, with a tool and a voice, simply to touch base with their roots, their parents and their dreams, their children. And once having done so, they retreat back into the white mists of obscurity.

There is a series of four photographs that play on a similar theme, only with a surrealistic dash of humor. The large-print images show a typical Anatolian family, older men in business attire, women shawled for domestic casual and presentably dressed children. They stand in circles, holding onto each other's hands. But their otherwise ordinary demonstration of kindred solidarity is tempered by the inclusion of dogs and kids, baby goats, standing on their hind legs, raising their heads in unbroken continuity with the human family.