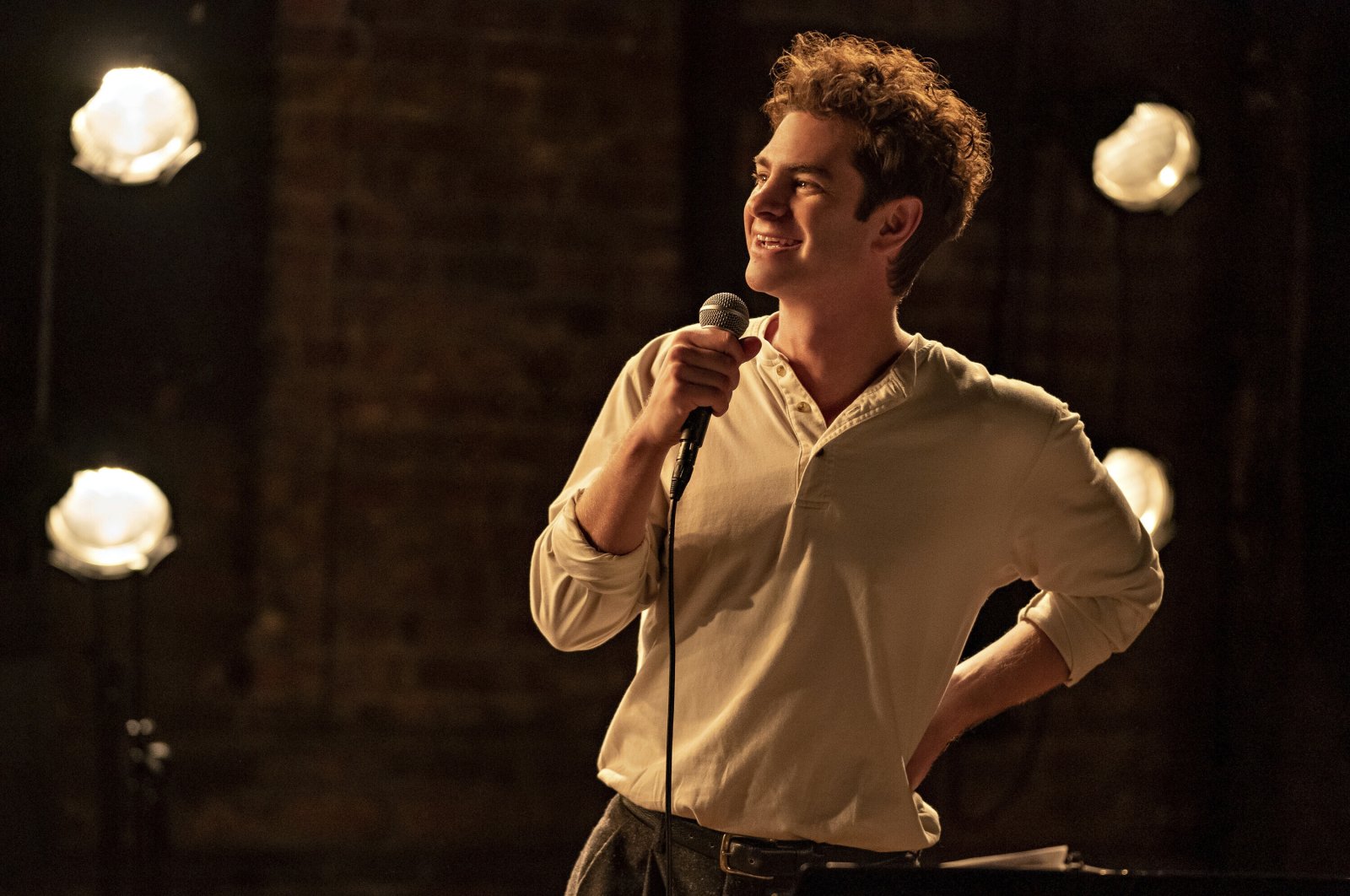 Lin-Manuel Miranda is back with another love letter to the world of theater stage as he affectionately brings to the big screen a well-crafted adaptation of Jonathan Larson's "rock monologue" with his new film "Tick, Tick... BOOM!" The movie captures the magic, grandiose and beauty of musical theater while also showcasing what can make it insufferable.

Miranda's film, his accomplished directorial debut, is a portrait of the artist as a deeply passionate, overwhelmingly self-involved young man. As played by Andrew Garfield, Larson is a paragon of artistic struggle. He lives in a dilapidated downtown apartment with a revolving door of roommates; he casually crafts songs at late-night parties; he daydreams while waiting tables at a diner.

If the Jonathan of "Tick, Tick... BOOM!" seems mythologized, that's appropriate. Larson, himself, never got to see his success. He died from an undiagnosed heart defect at the age of 35, the day his opus, "Rent," began previews off-Broadway.

Before "Rent," Larson spent years developing a futuristic musical, "Superbia." When it failed to get produced, he turned the story of making that musical into a one-man show about his all-consuming pressure to succeed as an artist before he turned 30. The prospect of being not a playwright with a side-hustle to pay the bills but a waiter with a hobby looms for Larson like a terrifying purgatory. The show's title, "Tick, Tick... BOOM!” suggests a make-or-break countdown.

Miranda's movie is exuberant and big-hearted – maybe too much so. It's easy to aggrandize young artistic ambitions, and easier still when the dreamer in question died far too early. "Tick, Tick... BOOM!" is a tender ode to Larson, just as it is a tribute to all Broadway pursuit. And coming from Miranda, whose own New York-set breakthrough, "In the Heights," was inspired by Larson's "Rent," the film is in some broad sense autobiographical, too. Miranda's journey isn't Larson's, but as two of the most essential American composers and playwrights of the last 30 years, they share a bond of city and quest.

With screenwriter Steven Levenson, Miranda has turned Larson's show into something that stretches further into his life and widened its scope. It's 1990 and Larson is fully devoted to prepping a workshop of "Superbia," and his single-mindedness has already elicited plenty of eyerolls from his dancer girlfriend (Alexandra Shipp, lovely) and best friend Michael (Robin De Jesus), a former actor who has turned instead to a high-paying gig in advertising.

"Tick, Tick... BOOM!" isn't unaware of Larson's myopia but it's also on his side. When he shouts to the power company, which has just cut off his electricity after unpaid bills, "You don't understand! I have a workshop!” – the scene isn't played for comedy. The film, and Garfield's head-to-toe performance, believes just as strongly in Larson's pursuit.

Along the way, there are fine supporting performances (Bradley Whitford as Stephen Sondheim, Judith Light as Larson's veteran agent) and a number of well-staged musical numbers, including the lovely "Sunday," during which Miranda drops a wall from the Moondance Diner and cameos abound in the booths.

But the tension in "Tick, tick... BOOM!" isn't really in Larson, as a protagonist. His obsessiveness is here to be celebrated, not analyzed. The film might exist to show us: This is what it takes to make it on Broadway – and, additionally, look at what fun it is once you do.

Larson isn't always great company, but he and "Tick, tick... BOOM!” might be right. To bet everything on yourself, narcissism might be a prerequisite.