Secret revealed: Munch writes ‘madman’ on his famed ‘The Scream’ 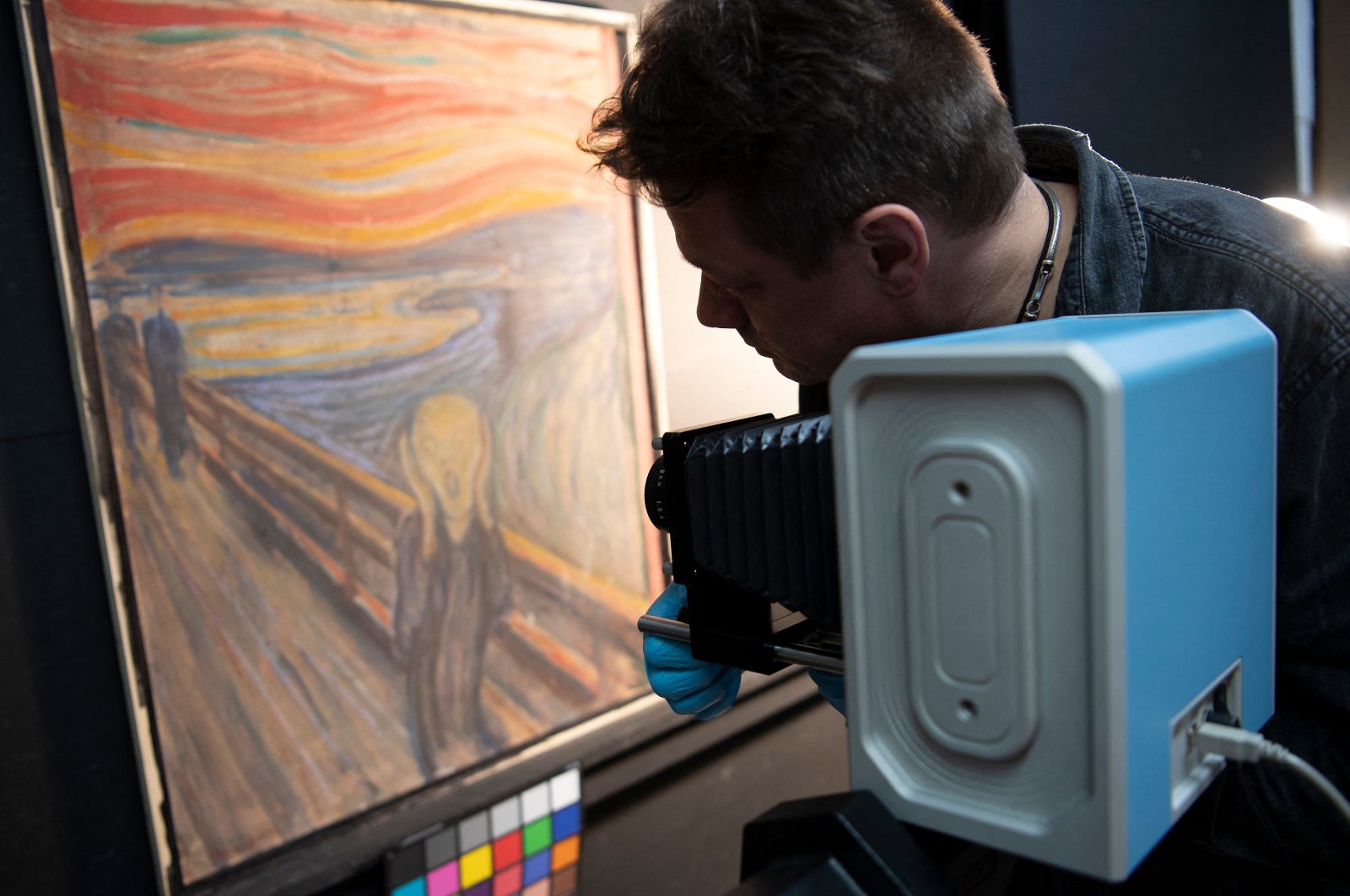 In this undated handout image, a curator at the National Museum of Norway uses an infrared scanner in the quest to reveal the author of hidden graffiti on Edvard Munch’s original painting of "The Scream" in Oslo. (AFP PHOTO)
by German Press Agency - DPA Feb 22, 2021 4:25 pm
RECOMMENDED

Norway's National Museum has discovered a new secret about Norwegian painter Edward Munch's "The Scream," one of the most famous artworks in the world. According to the museum, the inscription on the original painting belongs to Munch himself.

Someone wrote in Norwegian, "Can only have been painted by a madman!" in pencil on the top left corner of the famed canvas, which was completed in 1893. "It is easy to imagine an indignant viewer when faced with 'The Scream,' taking a pencil and expressing their opinion on both the artwork and its creator. But that was not the case," the National Museum wrote on its website on Monday.

Instead, new analyses using infrared technology have found that Munch himself wrote the words.

During conservation works after the museum closed, the painting was examined extensively in preparation for the reopening in 2022. Researchers said they had established beyond doubt that the handwriting matched that of the artist.

Munch's exhibition of "The Scream" prompted his peers to question his mental health at the time.

"The inscription can be read as an ironic comment but at the same time as an expression of the artist's vulnerability. Writing on the finished painting shows that creating for Munch was a continuous process," said Mai Britt Guleng, curator at the National Museum.

Munch painted four versions of "The Scream." The most well-known versions include the aforementioned original and a later painting from 1910.