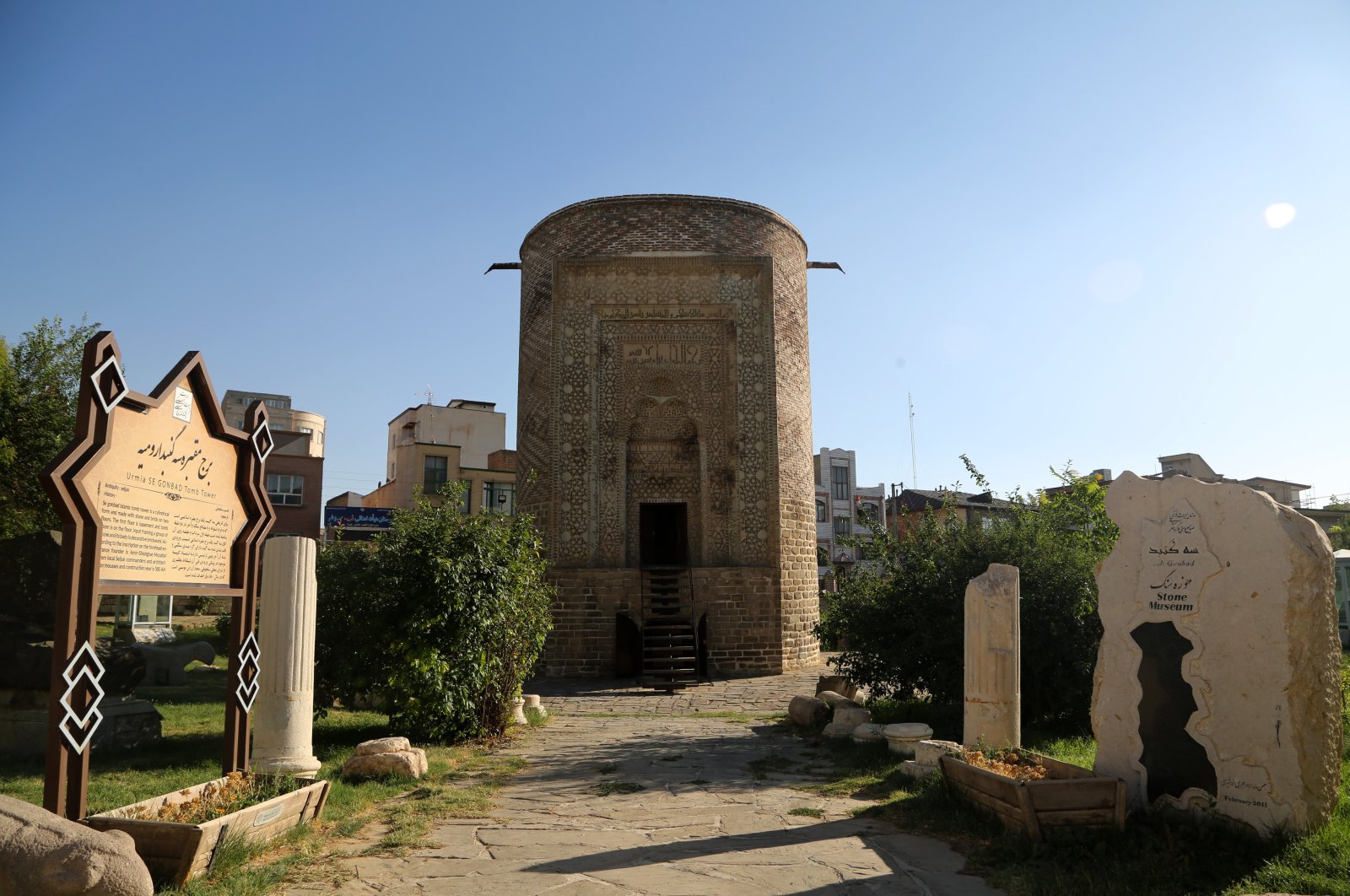 Segonbad, an 800-year-old structure in the city of Urmia in the West Azerbaijan province of Iran, stands out as a living example of the Seljuk presence in the region.

The monumental tomb in the center of Urmia has managed to survive to the present day, standing the test of time for centuries. It was a common tradition of Seljuks to build tombs in the form of bastions during the 12th-13th century when they reigned in Iran. One of these tombs, Segonbad draws attention with its architectural resemblance to the Tuğrul Tower, the tomb of Tuğrul Bey – the founder of the Seljuk state in 1063 – in the county of Rey in Iran’s Tehran.

The name of the structure, which means three domes, suggests that there were two more of the same tomb in and around the city of Urmia. However, the archaeological remains of the other two structures have not yet been found. For this reason, some think that the other two tombs were destroyed. But others, like archaeologist Andre Godard, believe that the name is only suggestive of the simple shape of the dome.

From the Kufic inscriptions inside the tomb, it is understood that Segonbad was commissioned by Seljuk emir Şişkat Muzafferi to an architect named Mansur bin Musa in 1201. The structure is built of small stones at the base and lime brick in the body. While the ornaments at the entrance of the tomb are unique in their kind, the stone and brick pieces used in the construction are decorated with geometric embroidery and Kufic calligraphy. The portal of the structure is elaborated with muqarnas, which is a form of ornamented vaulting in Islamic architecture. The outer surface of the cylindrical body is decorated with polygonal shapes. The decorations of the tomb and the fine installation of the brown bricks bring an artistic air to the structure. The structure’s mihrab, which is a semicircular niche commonly found in the walls of a mosque, directly reflects the Seljuk architecture in its details.

In the garden of Segonbad, there are many graves as well as inscriptions from the Urartians and ancient Iranian history. While the area surrounding the structure was previously empty, it was engulfed by other buildings with the development of the city over time. The structure, which was registered as a national artifact of Iran on Dec. 7, 1935, and converted into a museum, is now visited by local and foreign tourists.