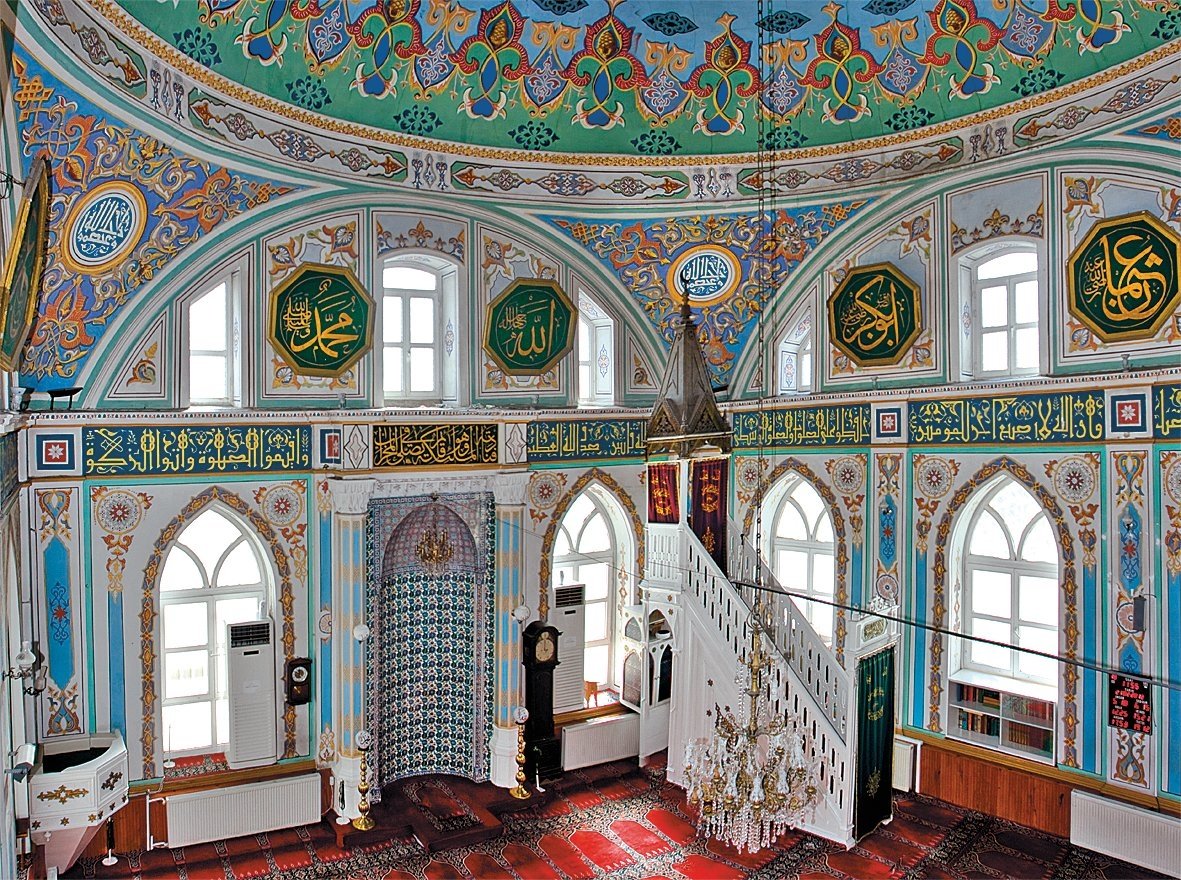 In the multicolored days of the Ottoman Empire, Armenians, including the Manases, Balyans and Abdullah Freres, stood out with their artistic identities and were protected under the auspices of the sultans. However, there is a unique Armenian artist who dedicated himself to calligraphy

When it comes to Islamic arts, calligraphy is the first one that comes to mind. This art has such a significant place in the Ottoman Empire that it has gained a unique style and reached "perfection" there. For this reason, the saying, "The Quran was revealed in Mecca, read in Egypt, written in Istanbul" is still echoing in the ears as a cliche truth. When Turkish calligraphy is mentioned, great artists in history such as Sheikh Hamdullah, Ahmet Karahisari, Hafız Osman and Mustafa Rakım Efendi are commemorated. However, a few people know that there was an Armenian calligrapher in history, who is none other than Krikor Köçeoğlu, also known as Krikor Köçeyan.

As one of the last great empires in history, the Ottoman Empire carried its sociological wealth to the field of culture and art. Istanbul, which was the center of Turkish arts in addition to being the "capital" of the empire, and the Ottoman palaces were the places where cultural diversity was most visible. Many European figures such as Fausto Zonaro were charged with the task of painting as a “court painter,” which has existed since the era of Sultan Mehmed II, also known as Mehmed the Conqueror, in the Ottoman Empire. These artists performed their art under the patronage of the sultan himself.

The Ottomans' non-Muslim citizens, who were called “dhimmi,” also produced arts in the empire. However, the Armenians stand out among the non-Muslim citizens in both crafts and arts. The artistic Manas family, who has served Ottoman palaces for generations, was one of them. The architect members of the Armenian Balyan family similarly served the Ottoman sultans and built many mosques. The Abdullah brothers of Armenian origin were also the official photographers of the Ottoman Empire. They were also known with their name in Latin lettering as “Abdullah Freres.” Different nations and non-Muslims in the Ottoman Empire had the opportunity to produce artistic works even on Islamic structures in the climate of tolerance shown to them in line with Islamic law.

Krikor Köçeoğlu, who was the first known Armenian and non-Muslim calligraphy artist of the Ottoman Empire (rumor has it that he converted to Islam later) found a chance to learn the art of calligraphy, which was based on the writing of the sacred texts of Muslims. Moreover, he became skilled enough to write calligraphy on architectural works.

According to rumor, Krikor Köçeoğlu was born as the second son of Hovşep Köçeoğlu, one of the well-known rich people of Istanbul’s Kadıköy district, in 1845. Krikor first studied at the Pangaltı Armenian School, and when his talent for painting was discovered, he was sent to Paris – like many children of rich families at that time – and studied art at the Ecole Muradian school. Gaining an orientalist spirit while studying in France, he returned to the Ottoman lands after a while. The artist first took part in the exhibition organized by Ahmed Ali Pasha, better known as Şeker Ahmed Pasha, in 1873. Appreciated by the critics, he made a name for himself with this very first show. Joining the newly opened Elifba Art Club at that time, he succeeded in becoming one of the well-known painters of the period, just like Osman Hamdi Bey. Krikor Köçeoğlu also made a pencil portrait of the famous Ottoman writer Ahmed Midhat Efendi.

Despite being Armenian, Krikor Köçeoğlu became interested in the art of calligraphy. This does not mean his Armenian identity prevents him from dealing with the art of calligraphy. But there was no precedent of an Armenian calligrapher at that time. Köçeyan tends toward the "Kufic script," which gained prominence early on. It was not one of the most frequently used calligraphy styles in that period and was not very popular in Istanbul either. Unlike other styles of calligraphy, it does not have a system of teacher-student (master-apprentice). Krikor is thought to have seen this style in some architectural works in northwestern Bursa. And he finally applied his art into an unforgettable work. The Armenian artist created the calligraphy works of the worship place built by the order of Zühtü Pasha in 1884. This place would be called "Zühtü Pasha Mosque". He wrote the inscriptions on the interior of the mosque and the cover on which the Quranic verses were written in letters with floral motifs. Although there are other rumors, an important part of art historians are sure that the lines in the mosque were written by him.

This work is the biggest use of Kufic-style writings in Istanbul. As a matter of fact, Ottoman intellectual Ebüzziya Tevfik, who played a role in the revival of the kufi style at the end of the 19th century, praises Köçeoğlu for this reason. Using the terms "reformer" and " regenerative" about him, Ebüzziya Tevfik expresses that Krikor Köçeoğlu has mastered all kinds of Kufic writing and that he created a "cute" writing style by skillfully blending Persian and Ottoman Kufic styles.

Krikor Köçeoğlu, who is known to have interpreted poet Kazım Pasha's works on paper with the art of calligraphy, later returned to Paris. We have very little information about the life of the artist, who is said to have died there in 1883, or his calligraphy works. Author Kevork Pamukciyan, known for his books on Ottoman Armenians, reported in an article that Krikor Köçeoğlu became a Muslim along with his family. However, no other work stands out to confirm this information. The frequent use of the artist's second name as "Köçeoğlu" rather than "Köçeyan" in some sources can be seen as a remarkable detail at this point. The life of the Armenian Ottoman calligrapher is interesting and full of secrets waiting to be solved.

In short, Krikor Köçeoğlu contributed to the enrichment of the Kufic style by adding new interpretations to this script, which dates back to the Abbasid era (750–1258). Krikor Efendi, who made history with his actions and interesting personality, died in Paris when he was only 38 years old. Whether Krikor, who decorated verses and hadiths gracefully, is a Muslim is still a mystery to us.

Sultan Abdülhamid II also gave great value to the Kufic style writing, which was revived 300 years later by Ebüzziya Tevfik and Krikor Köçeoğlu. The sultan, who was interested in arts, asked Ebüzziya Tevfik to use Kufic calligraphy in the Yıldız Hamidiye Mosque, commissioned by himself. Kufic writing, which was revived in those years, started to be used in many places from book covers to mosque decorations, from signs in government offices to paintings.