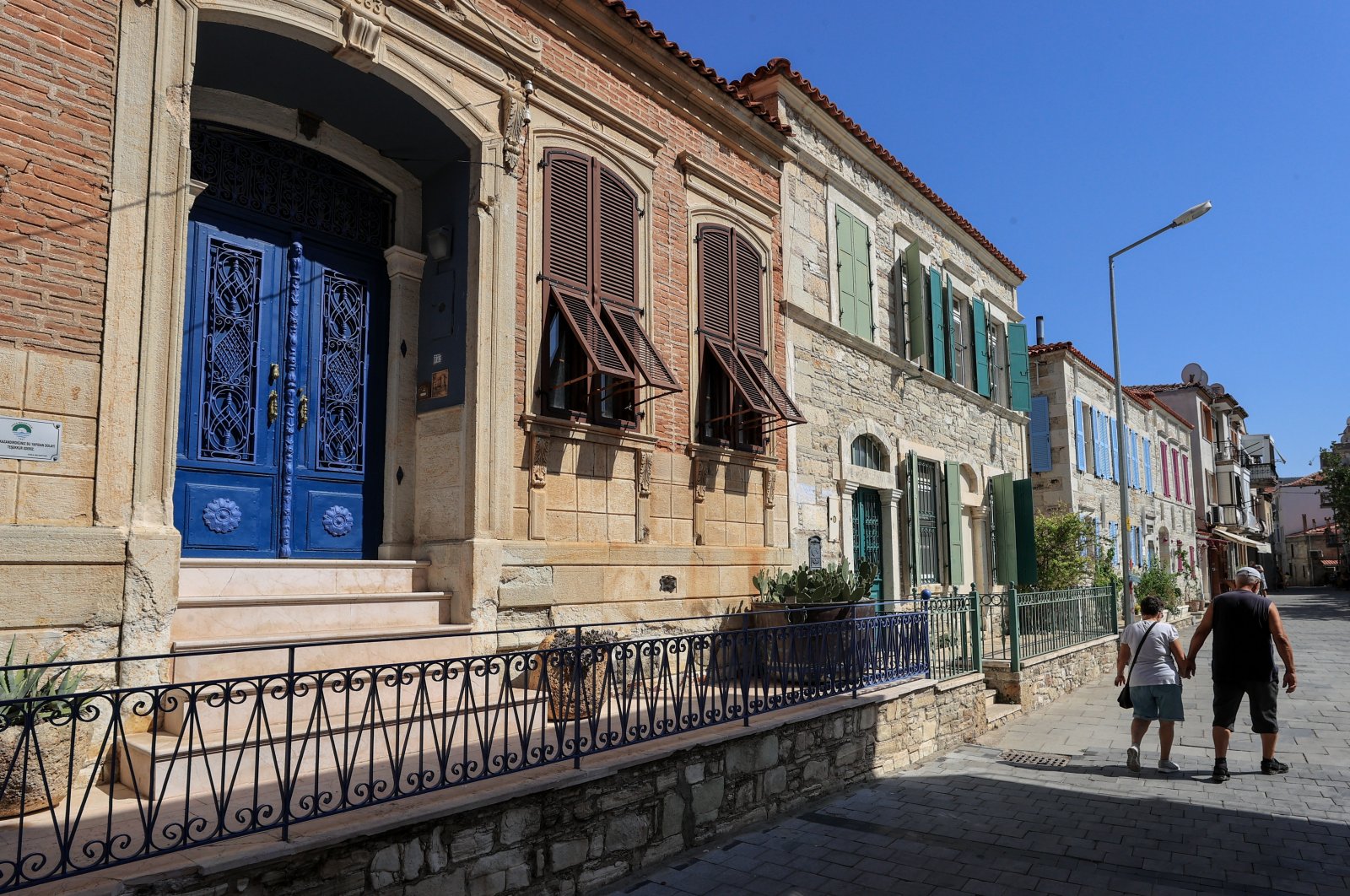 Built by Greek inhabitants, the stone houses of Foça offer spectacular charm for visitors to the Aegean coast

Centuries-old stone houses decorating the streets of western Izmir province's Foça district stand as living examples of local architecture in the present day. Built with stones extracted from Foça, the houses have a unique character distinct to the region.

The stone houses in Foça, where various civilizations have lived in the past, draw attention with their architectural structures, fine workmanship on their windows and doors, as well as their colors.

In recent years, restoration works have been carried out in the district for the protection of stone houses under the leadership of the Ministry of Culture and Tourism.

A number of the impressive stone houses have been transformed into boutique hotels, which makes for a great way to stay in Foça and enjoy holidays. Stone houses and streets, which attract the attention of photographers and painting artists, are also preferred by newly married couples as a natural background for their photos before the wedding ceremony.

Sebahattin Karaca, who runs a stone hotel in the district and is also a local historian, told Anadolu Agency (AA) that Foça is home to Anatolia's first amphitheater as well as many historical monuments.

Stating that the Ismet Paşa neighborhood in the district center was formed after people arriving from the Aegean islands to Foça during the Ottoman period in the 1850s settled here, Karaca said, "Since 1950, these stone houses, built by the Greeks, add a rich cultural sense to Foça and also decorate it."

Karaca said people have been taking more interest in the district recently, especially after the lifting of coronavirus restrictions.

Explaining that holidaymakers flocked to Foça, especially during the period of Qurban Bayram, also known as Eid al-Adha, Karaca said, "Foça was bursting at the seams at that time.”

Karaca mentioned that it is pleasing to see that the historical houses in Foça are being preserved through restoration and renovation works.

"If we can preserve historical artifacts, we will achieve two things. We will transfer the region's history to the next generation and we will create a very serious added value. Actually, there are many historical artifacts under the ground in Foça, but they cannot be unearthed because of the impossibilities. Therefore, these stone houses on the ground almost replace these artifacts. I see people admiring these houses while walking around."

Noting that artists often stop by to capture the beauty on a canvas along with photographers, Karaca said, "All of these buildings are under first-degree protection. The Ministry of Culture takes care of and protects them very seriously. It is also forbidden to take even a single stone from these houses or to use a stone brought from outside in their renovation. The stones used during the repair should be Foça stone.”

Karaca stated that history should be preserved and said, "Foça is the most beautiful place that a pair of eyes can see. I say this because of its history, sea, sea activities, Siren reefs and seals.”