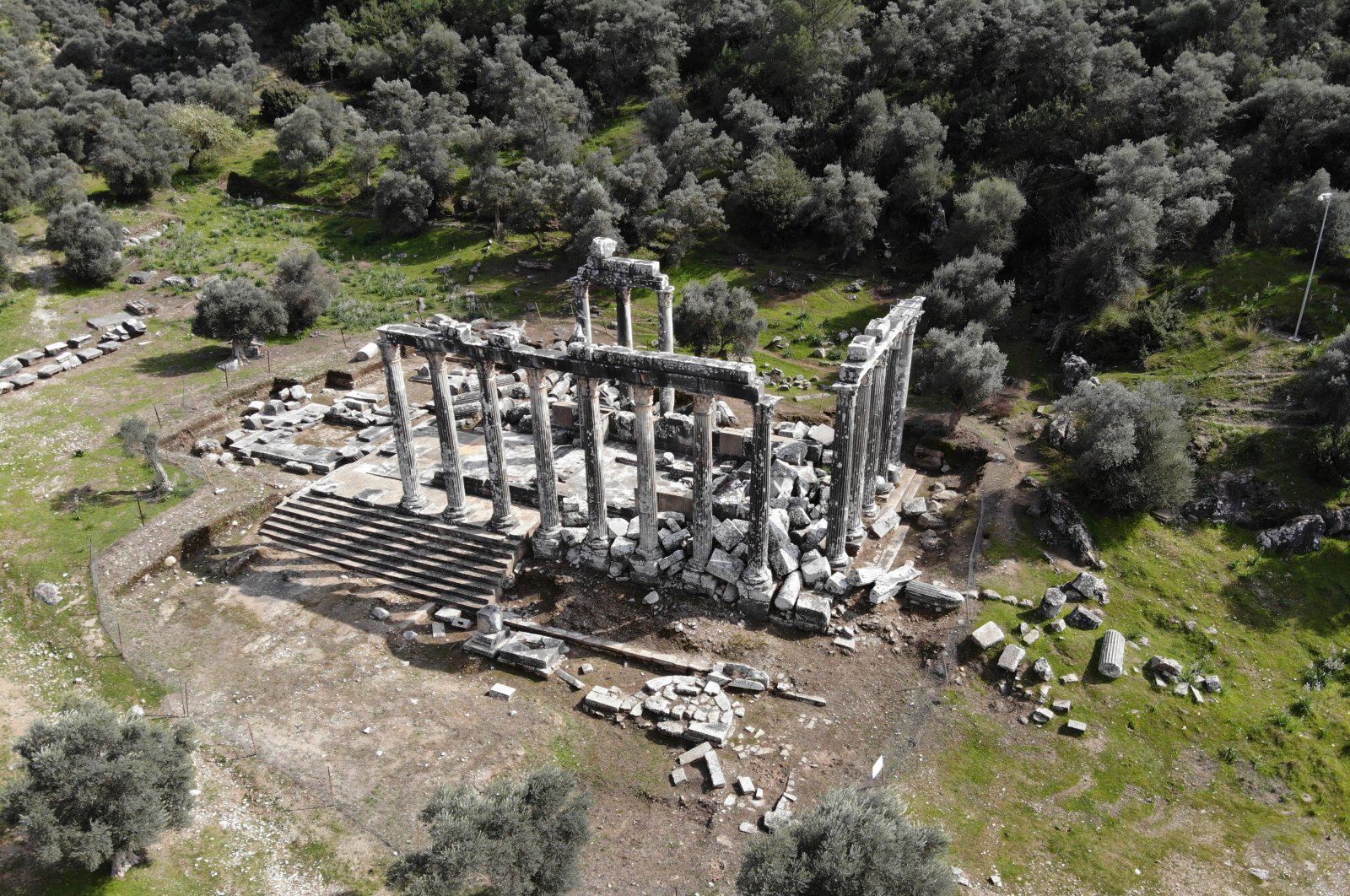 The reparation work being carried out on the Temple of Zeus in the ancient city of Euromos in southwestern Muğla province is being meticulously executed by a Turkish excavation team. Once complete, the temple will be restored to its former glory and become one of Turkey's most visited sites, head of the excavation team Abuzer Kızıl said.

Speaking to Anadolu Agency (AA), Kızıl, an archaeologist at Muğla Sıtkı Koçman University, said that the team had uncovered artifacts in the excavations of Euromos and hope to uncover more historical remains. The excavations were launched in 2011.

Noting the cleaning, drilling, mapping and excavation work carried out on the ancient city's temple, agora, theater, bath and city walls in recent years, he said Eurosmos' location makes it "among the luckiest ancient cities of Anatolia."

The archaeologist said that Euromos is one of the important cities of Caria – the ancient name for the southwestern region of Anatolia's Aegean shores – adding that important plans are in the works for the city's temple.

He highlighted that the temple, built to honor the ancient Greek god Zeus, is one of the best-preserved in all of Turkish Anatolia. Kızıl said they initially began with a partial excavation before cleaning the inside of the temple and documenting the area, preparing the project for a significant restoration.

After funding comes through, the work will begin, he explained. Once work gets underway the first step will be to strengthen the slope on the north facade of the temple in case of an earthquake. "The Temple of Zeus will be one of the best, most interesting and most-visited temples in Anatolia," Kızıl said.

Faisal Mosque: National treasure in Pakistan designed by a Turk