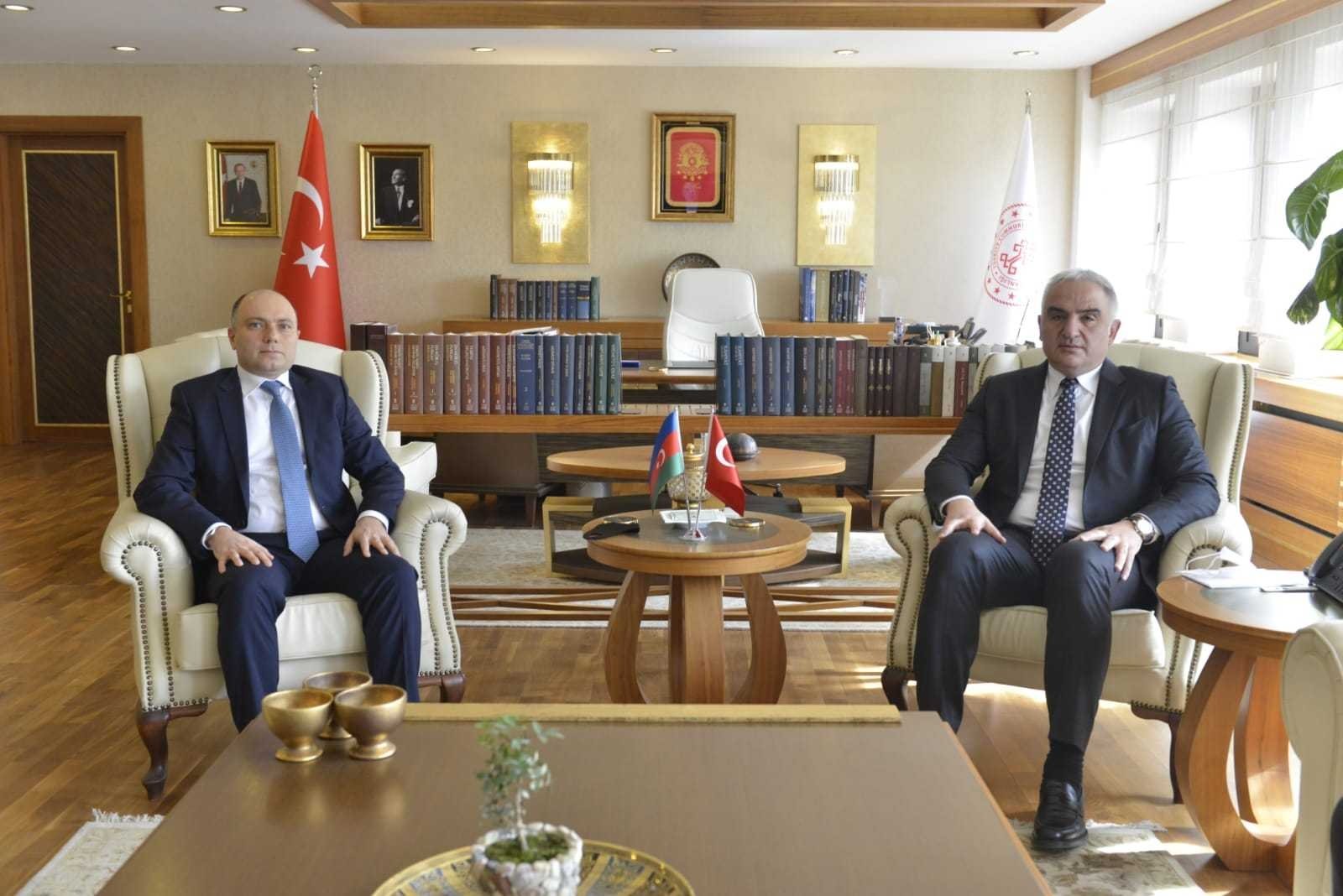 Turkey's Culture and Tourism Minister Mehmet Nuri Ersoy came together with Azerbaijan’s Culture Minister Anar Karimov and his delegation in the capital Ankara as part of the first Turkey-Azerbaijan Joint Committee Meeting today. At the closed-door meeting, protocols were signed between the two countries to further develop relations in the fields of culture and arts.

Ersoy also said that Karimov made his first visit after his appointment to Turkey and added, “We will also visit Karabakh at the first opportunity.”

Expressing his condolences to Azerbaijan for those killed during the clashes with Armenia, Ersoy said, "Our biggest consolation is that Karabakh was liberated from the occupation.”

Noting their meeting was useful in terms of the development of cultural, historical heritage and the cooperation between Azerbaijan and Turkey, Ersoy continued, “From now on, we will act jointly for the two sister countries to get closer to each other and to develop joint projects."

Telling that it is necessary to increase joint cooperation between the two countries, Ersoy stated that these cooperations should especially focus on the cinema sector. "Turkey ranks second in TV series exports in the world. Our cinema industry and ministry are very experienced in this regard. We will share our experiences with Azerbaijan,” the minister continued.

Ersoy also mentioned that Turkey is very interested in restoration work and added, “We will also share our experiences in this field with our Azerbaijani brothers.”