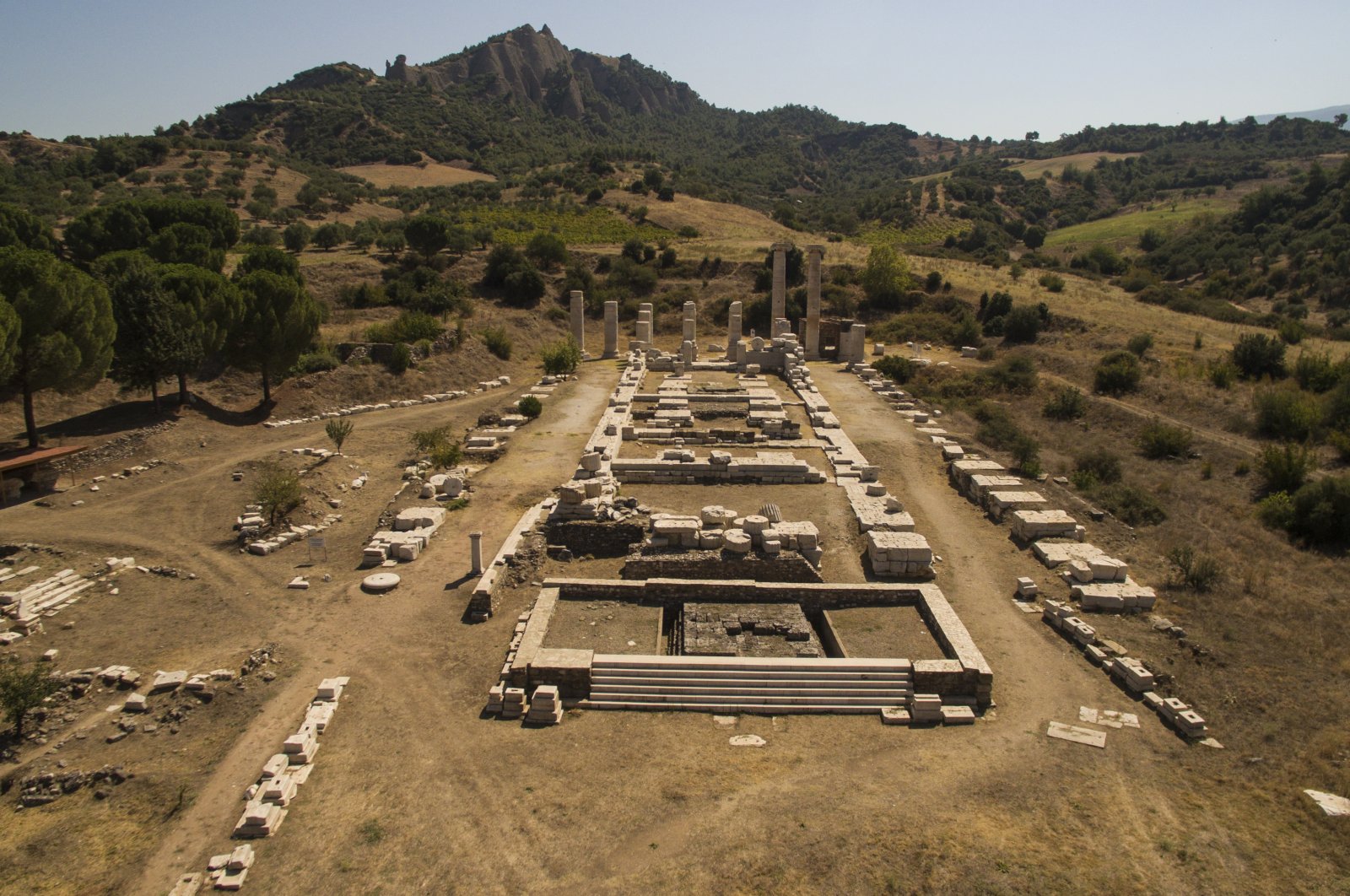 The Kula-Salihli UNESCO Global Geopark, located in the western province of Manisa, continues to draw visitors with a number of historical and natural wonders, such as the ancient city of Sardis – the former capital of the Lydian Kingdom, as well as the Kula volcanoes, stacked rocks known as fairy chimneys, the Kurşunlu hot springs, the Bintepeler burial mounds and Adala Canyon.

The region – referred to as "Katakekaumene" ("burned country") by Greek historian Strabo in his book "Geographica" – is still a hub for tourists thanks to its history, terrain and hot springs.

The region, which was visited by nearly 200,000 people last year, experienced one of its calmest tourist seasons this year due to the coronavirus outbreak. The historical charm and natural beauty of the Kula and Salihli districts, which was visited by approximately 40,000 people in the first eight months of 2020, expect to return to their old active days as of next year.

Turkey’s only geopark area, Kula-Salihli UNESCO Global Geopark is like an open-topped lab for geologists as well as a veritable open-air museum replete with relics from the ancient Lydian Kingdom – the first civilization to bring money into use.

The 2,320-square-kilometer (896-square-mile) area also features waterfalls and basalt rocks formed by the flowing of hot lava in the sea.

Home to one of the seven churches mentioned in the Bible, Sardis is considered the starting point of the famous Royal Road of ancient times. The magnificent gymnasium and Temple of Artemis can still be seen among the ruins and are an important site of the geopark.

Reiterating that the area was constantly inspected by officials from the UNESCO Global Geoparks Network, Karataş stated that: “Besides the ancient city of Sardis, the Kurşunlu health resort and Bintepeler mounds – known as the "pyramids of Anatolia" – Adala Canyon, the Kula volcanoes and fairy chimneys are also must-see places. The geopark area offers a unique experience for visitors.”

Noting the expanse of the area, Karataş said that the number of visitors had decreased compared with previous years due to the pandemic, yet the region still attracts tourists.

Karataş added that the geopark would next year host the third International Geomorphology Symposium, Karataş, inviting experts to find out more about the fascinating region.