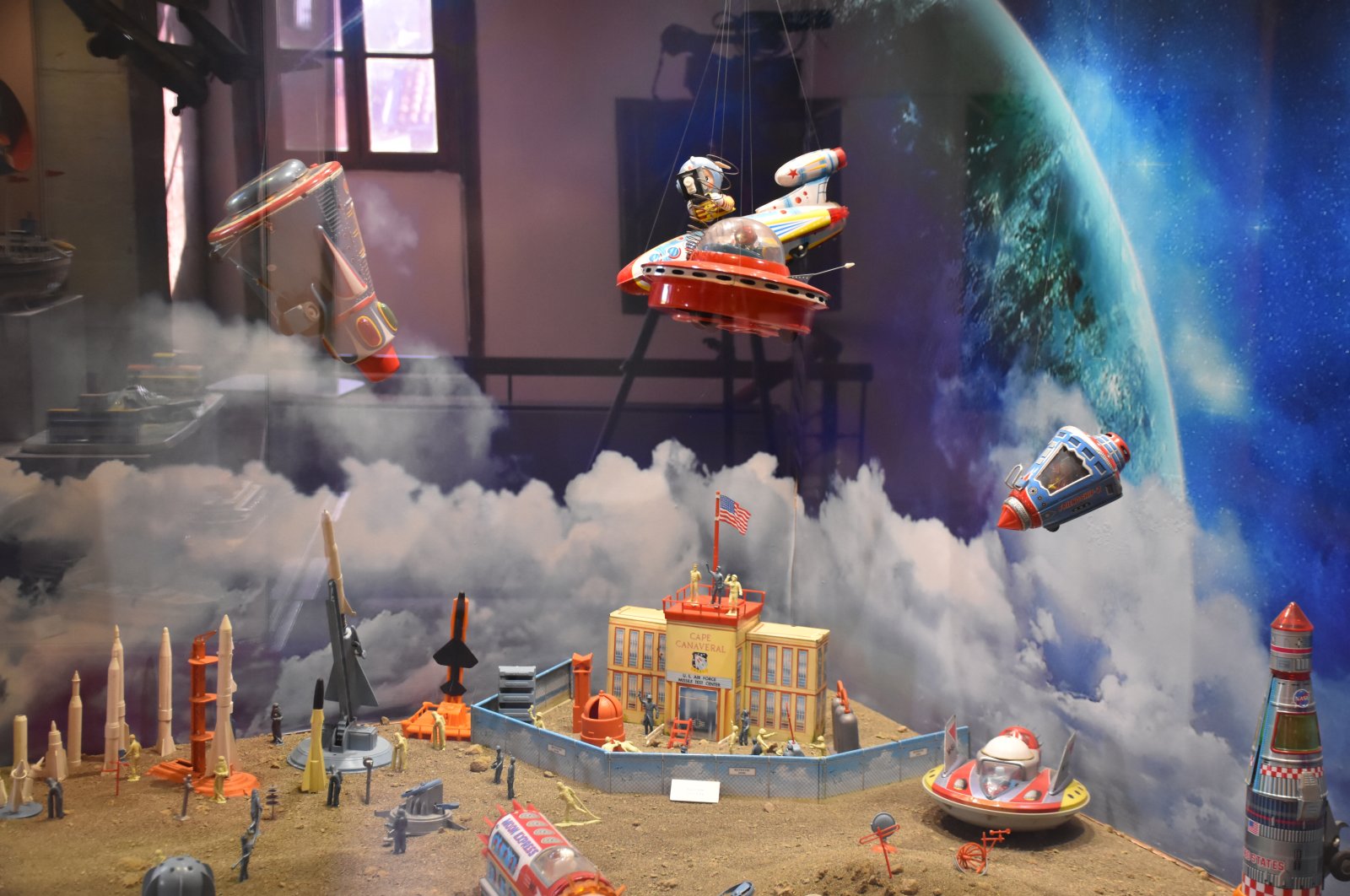 The Game and Toy Museum in southeastern Gaziantep province, a region that stands out with its array of thematic museums, takes its visitors on an intercultural journey with toys native to a variety of countries.

The museum was established in a three-story historical building which was restored by the Gaziantep Metropolitan Municipality in the Bey neighborhood of the Şahinbey district eight years ago. The rooms on each floor of the Toy museum contain thousands of toys from various countries including Turkey, Germany, Iran, Egypt, Italy, France and the U.S. Additionally, some children’s games can be purchased at the museum.

Tuğba Ateş, the museum’s archaeologist and drama leader, told Anadolu Agency (AA) that the museum was established in one of the city’s major historical structures. Explaining that different games and toys are featured in the museum, Ateş added: “There is an artificial cave in the garden of the museum, featuring the flags, local clothes and personal features of 24 countries, taking visitors to a small world tour. Our cave also serves as an exhibition space. There are Turkish toys in one of its rooms. German toys loom large in the museum as Germany used to be the world leader in toy production in the past.”

Offering its visitors the chance to get to know different cultures through its colorful world of thousands of games and toys from all parts of the globe, the museum attracts great attention. However, the number of visitors has declined during the COVID-19 pandemic according to Ateş. She said: “The museum attracted 160,000 visitors in 2019 but this figure fell to 45,000 in 2020 due to the pandemic. We aim to re-achieve the 2019 figures in 2021 and even exceed them.”

Can Yerli, 11, a visitor from eastern Elazığ province, said he liked the museum very much, expressing: “Especially the items in the cave section are very beautiful.” His mother Hatice Yerli explained that they wanted to visit this museum, in particular, adding: “The museum reflects the characteristics of different countries. They are told in a very beautiful way. It is a place that everyone must come and see.”

Ömer Yüksel, a 7th-grade student who came to Gaziantep from southern Mersin with his family, found the clothes from different countries in the cave very beautiful, saying: “It is really interesting that the cave was built as part of a toy museum,” he said.