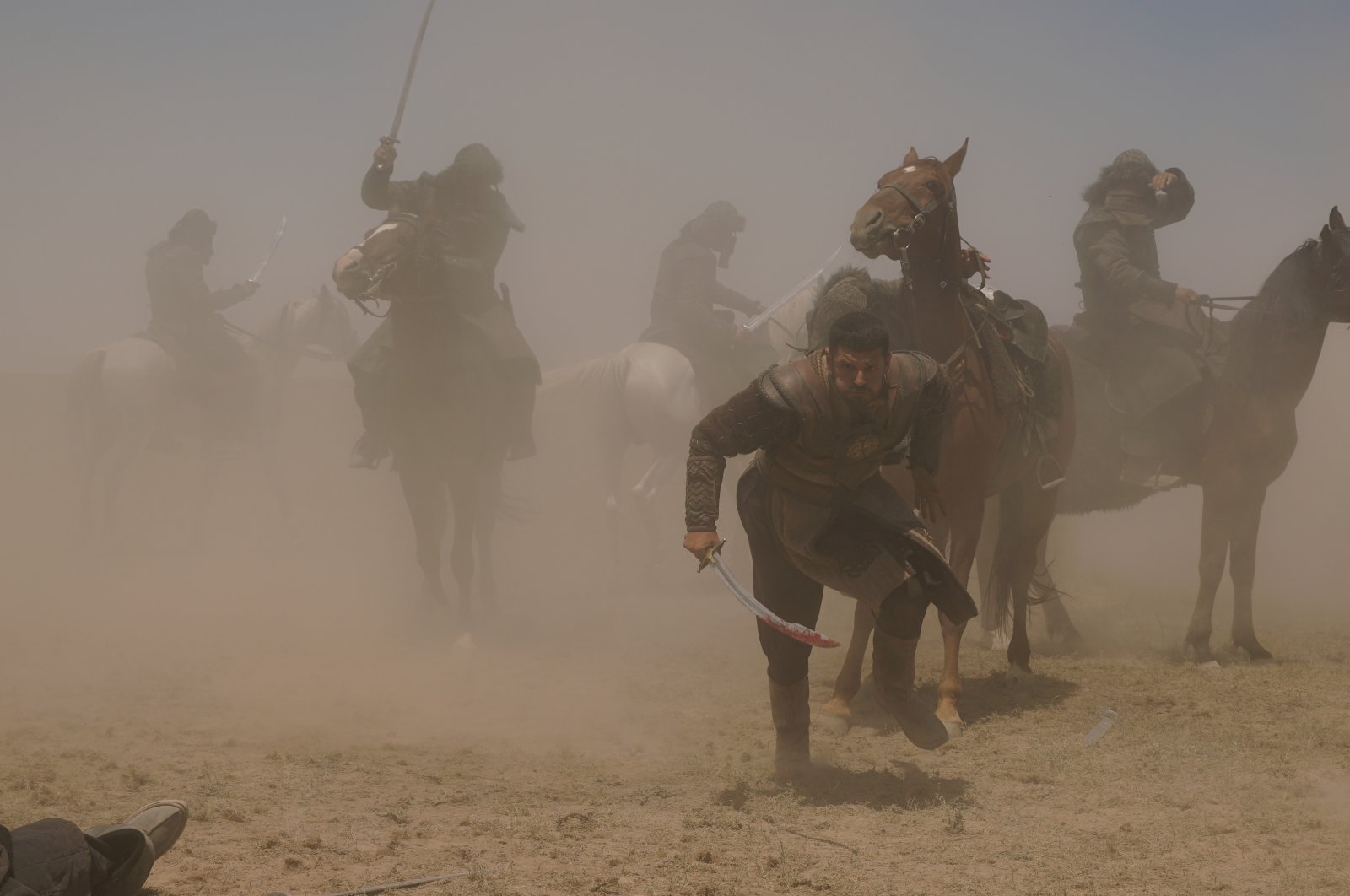 “Dear Friends, I am pleased to announce that on February 14 at 20:30 the Milliy TV channel will start showing the historical series “Mendirman Jaloliddin,” Saida Mirziyoyeva, deputy chairperson of the board of trustees of the Public Foundation for Support and Development of National Mass Media in Uzbekistan, said Saturday on Twitter.

The producer of the series is well-known Turkish director Mehmet Bozdağ, the creator of the Turkish famous series Resurrection Ertuğrul. The film is based on Jalal al-Din Khwarazmshah’s life and his long struggle against Mongolian invaders.

“Great script, great acting – this series captures from the first to the last episode. And most importantly, it gives an idea of the history of our region for the general public in an understandable colorful language of cinema. I highly recommend watching it!” Mirziyoyeva added.

During its premiere in Turkey in October, Bozdağ said that the series will “create a great impact worldwide.”

Jalal al-Din Khwarazmshah, the ruler of the Khwarazmian Empire, initiated a tragic but united struggle against the Mongol invasion. After unsuccessful attempts by the Khwarazm shahs to stop the Mongol invasion that began in the Central Asian steppes, Jalal al-Din, the last ruler of the empire, put dynastic fights between Seljuks and Khwarazmians aside, and tried to establish a united front to stop the Mongols.

Even though he successfully defeated the seemingly invincible Mongol army in 1221, he was unable to stop the invasion and fled to Anatolia. He was defeated by Ala al-Din Kayqubad, sultan of the Anatolian Seljuks and later it is said that he was killed there by nomad Zazas.

Bozdağ has previously produced many TV series on famous Turkish figures, including Sufi and poet Yunus Emre, the founder of Ottoman Empire Osman I and his father Ertuğrul Ghazi.