100% 'Made in Turkey' electric buses ready for mass production 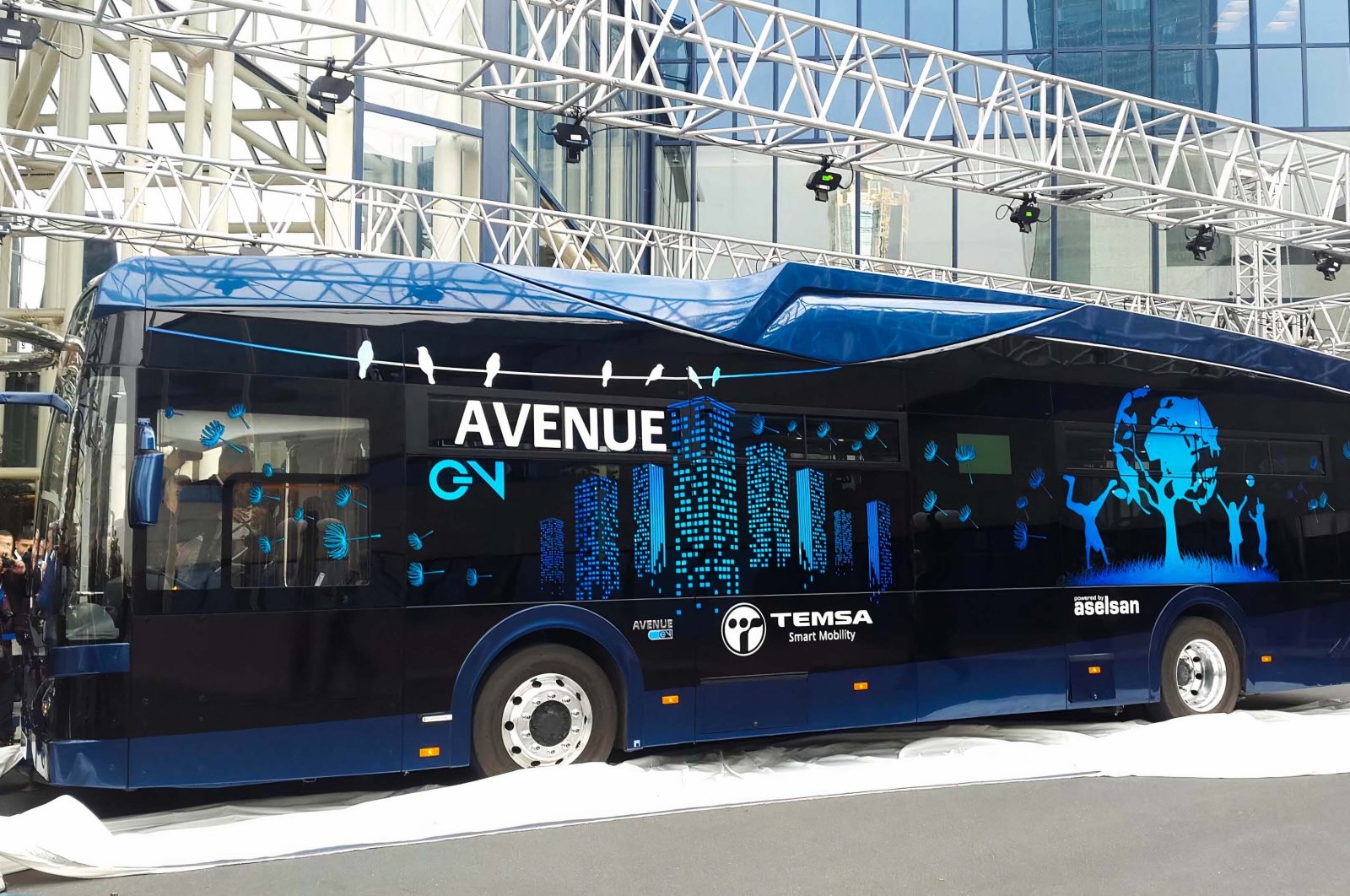 Turkey’s first 100% locally-manufactured and fully electric bus, Avenue EV is ready for mass production, one of the manufacturers said in a statement Tuesday.

The vehicle will be jointly produced by Turkish automotive company Temsa – a venture of Sabancı Holding and the Netherlands-based PPF Group – and Turkish defense giant Aselsan.

As part of an agreement between the two manufacturers, the Avenue EV, the first domestic electric bus of the Turkish automotive industry, will be equipped with Aselsan's electric traction systems.

Initial deliveries of the bus to public institutions are scheduled for the coming days, which is seen as an important move in terms of facilitating domestic technology in electric vehicles and reducing Turkey's energy dependency.

Avenue EV, which was locally designed by Aselsan and developed with an environmental perspective considering global needs, can reach a full charge in 15 minutes thanks to its short charging feature. It can travel 80 kilometers (59 miles) on single charge and can provide 24-hour uninterrupted service with short-term charging at stops.

The environmentally friendly bus, with zero carbon emissions and an electric traction system, is also a silent, comfortable, high-performance vehicle and equipped with the latest technology.

Some components of the vehicle, such as the electric motor, traction inverter, main computer and the instrument panel, which were usually imported from abroad by Turkish companies before, were designed and manufactured locally by the defense giant, giving Avenue EV the highest localization rate in Turkey's automotive sector.

Temsa CEO Tolga Kaan Doğancıoğlu said, Temsa has been making a series of investments in electric vehicles, smart vehicles and autonomous vehicles with the vision of "Smart Mobility" for a long time. The transformation created by electric vehicles, which depend on sustainable energy sources, is critical for them.

“We are proud of where we are today,” he said, adding that they are “happy to have the Avenue EV, a high-performance, efficient and environmentally friendly electric bus developed as part of Temsa's vision with Aselsan's technological know-how and is ready for mass production.”

The project, which was launched in 2015, is a historical step for both the country and the industry, as well as being a big move in terms of supporting and encouraging domestic and technology, Doğancıoğlu said.

“At Temsa, we will continue to have a say in every field of electrification in the future,” he said.

For his part, Aselsan Deputy General Manager Ibrahim Bekar said the company has transferred its proven defense sector knowledge and experience, like command-control, power electronics, engine control and mission computer systems, to the electric vehicle sector with this project.

Emphasizing that they set out with the aim of contributing to the country's economy with products with high added value, Bekar said, “We have developed Avenue EV, a high-tech product that is suitable for modern cities.”

Bekar said that adding value to the country, the environment, business partners and employees in every field they operate in is their top priority.

“We are proud of this successful cooperation with Temsa, which is among the most important players in the automotive industry, and have the same approach as us,” he said.