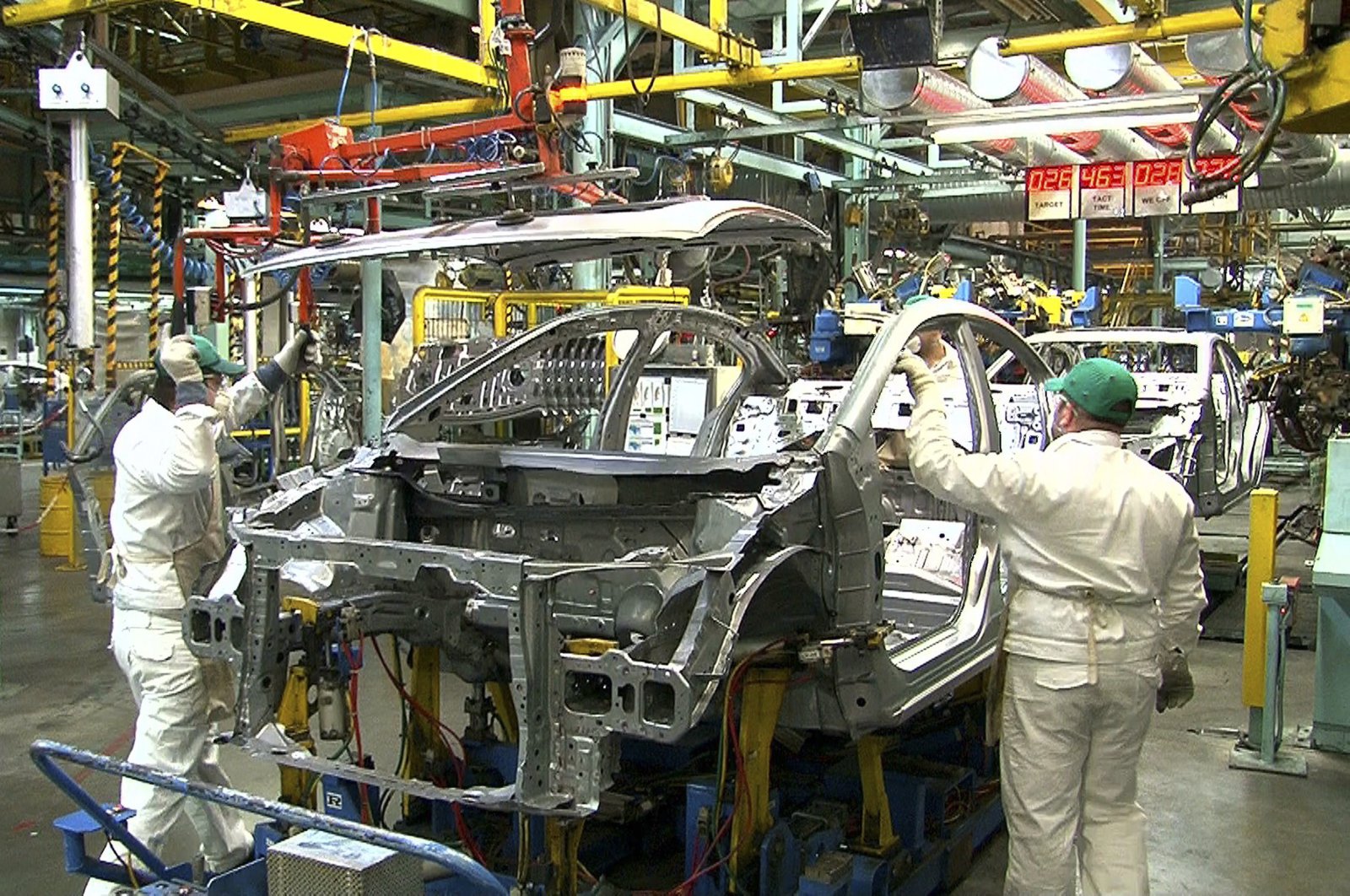 Production centers and businesses across Turkey stepped up to accelerate preventive measures against the spread of the new coronavirus outbreak – including temporarily halting production – and the automotive industry is no exception. Although some companies in the country have announced decisions to suspend operations, representatives of other manufacturing companies say they expect no disruption in production at the moment and that there has not been a decrease in consumer demand.

Honda Turkey Assistant General Manager Bülent Kılıçer said that the company took all necessary measures both regarding the company dealers and showrooms, stating that there is no situation, for now, that would hinder production.

"Our communication with domestic and foreign suppliers is constantly continuing. We continue our production in two shifts,” he told Anadolu Agency (AA) on Wednesday.

“If we encounter a situation that will disrupt production, we will put the issue on our agenda again and decide accordingly,” he noted.

Many automotive parts used in the production of the company are coming from China and Japan, Kılıçer also told Turkish daily Dünya, explaining that the production continues as planned there, and that is why they see no interruption for now.

Oyak Renault is also one of the manufacturers that is closely following the developments, in line with the announcement made by the Health Ministry.

"We are taking preventive measures in line with the instructions of the Ministry of Health, and we continue to raise the awareness of our employees on the methods of protection," the company said in a statement. No statement on halting the production has yet been announced. Tofaş has also announced that it is continuing production at the moment.

Meanwhile, Toyota Automotive Industry Turkey announced Wednesday that, as a precaution against the pandemic, the company is halting the production at its factory in northwestern Sakarya province between March 21 and April 5.

A statement published on the company website said the decision was taken to support business and public health following the recommendations of the Health Ministry.

Automotive Authorized Dealers Association (OYDER) Chairman Murat Şahsuvaroğlu told AA they informed all automotive businesses within their scope of all measures to be taken and that they also took the necessary measures, including the disinfecting of test vehicles.

Saying that the showrooms are being disinfected regularly, Şahsuvaroğlu noted that they installed hand sanitizers at the entrances of showrooms, along with steps such as taking the temperatures of visitors at their entrances. A high fever is one of the primary symptoms of the new pandemic.

The pandemic which has already claimed thousands of lives worldwide is accelerating its spreading speed in European countries, with Italy being most affected. Meanwhile, according to the sector representatives, the Turkish automotive industry is mostly affected by the stagnation in Europe rather than in the East Asian market, including the Chinese market.

Ford Otosan, one of the biggest automotive exporter companies in Turkey, said Tuesday in a statement to the Public Disclosure Platform (KAP) that because of the COVID-19 outbreak, they will suspend production in the factory in the Gölcük district of northwestern Turkey’s Kocaeli province, starting from March 30 to April 4.

The company announced that they need to make such decisions because of the interruptions in production facilities abroad.

In a recent statement to the press, Ford Otosan General Manager Haydar Yenigün said that the coronavirus caused a major blow to the automotive sector while Turkey is mostly affected by the developments in European markets rather than China.

Free movement is prohibited and cities went under lockdown in many countries in Europe, which has now become the epicenter of the virus which initially emerged in China late last year. As strict measures are put into effect, global markets are facing financial risks and stagnations in supply chains and exports.

German carmaker BMW said Wednesday it would close European and South African factories accounting for half its output for a month, matching other car giants stricken by coronavirus containment measures.

It also warned that profits this year would be significantly lower as a result of the crisis.

"From today, we will shut down our European car factories and the Rosslyn factory in South Africa," Chief Executive Oliver Zipse said, adding that the interruption is expected for now to last "until April 19."

BMW's factories around Europe – in Bavaria, elsewhere in Germany and further afield – combined with the South Africa plant, accounted for half the 2.56 million cars the group built in 2019.

Around Europe, other manufacturers including Mercedes-Benz parent Daimler, Volkswagen, Ford, Fiat and Peugeot have also moved to shut factory doors during the coronavirus crisis.

"As for many goods, demand for cars will sink sharply" because of the virus and associated containment measures, BMW CEO Zipse said.

Workers at the Munich-based group benefit from "highly flexible and effective working-time tools" that can help cushion the impact, he added.

The German government has already simplified rules governing compensation for workers whose hours are slashed during the crisis.

"Measures related to the coronavirus will have a significant impact on the course of our business," Peter said.