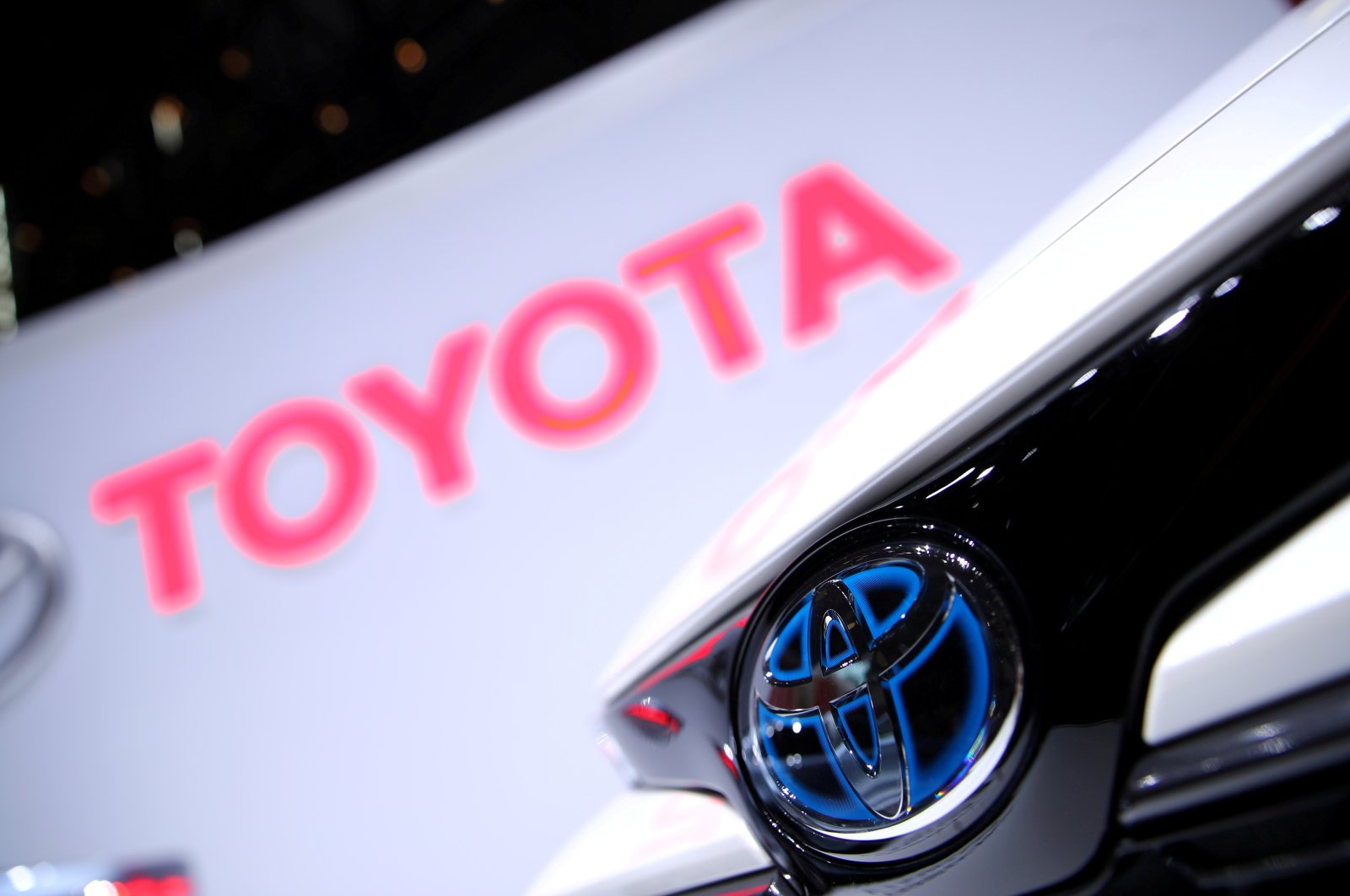 The Toyota logo is seen on a Corolla model at the 89th Geneva International Motor Show in Geneva, Switzerland, March 5, 2019. (Reuters Photo)
by DAILY SABAH WITH AGENCIES Aug 19, 2021 11:11 am
RECOMMENDED

Toyota Motor Corp will reduce global production for September by 40% from its previous plan, the Nikkei business daily reported on Thursday. Toyota follows other major automakers that have had to cut production due to critical shortages of semiconductors.

Toyota has fared better than rivals, having built a larger stockpile of chips due to a business continuity plan revamped in the wake of the 2011 Fukushima earthquake. But a resurgence in COVID-19 cases across Asia has compounded the semiconductor crunch.

Shares in the world's largest automaker by sales volume slid on the report, ending down 4.4% in their biggest daily drop since December 2018 and pulling the benchmark Nikkei average to a seven-month low.

Toyota had been aiming to make a little under 900,000 vehicles in September, but has reduced that to about 500,000, according to the Nikkei.

A company representative said checks were being made on the report.

Toyota said this month it was facing an unpredictable business environment due to fresh COVID-19 cases in emerging economies, the semiconductor shortage and soaring material prices. Even so, it maintained its forecast to sell 8.7 million cars globally for the year ending in March.

Starting early next month, Toyota will temporarily suspend production lines at domestic factories including its Takaoka plant in Aichi Prefecture, the Nikkei said. It added that production in North America, China and Europe will also likely be scaled back by tens of thousands of units.

The carmaker had already halted assembly lines at some domestic factories from late July to early August, including its Tahara plant, due to a surge in COVID-19 infections in Vietnam, which had constrained the supply of parts, the Nikkei said.

A person familiar with the matter told Reuters this month that Toyota had suspended production at one assembly line in Guangzhou, China, which it operates with its Chinese joint-venture partner Guangzhou Automobile Group Co Ltd.

In Thailand too, Toyota suspended production last month at three factories due to a pandemic-related parts shortage.

The carmaker reported on Wednesday that it would also pause production at its Turkey plant, its biggest in Europe, for two weeks.

Toyota Motor Manufacturing Turkey will halt output at its base in the Adapazarı district of the northwestern Sakarya province from Aug. 20 through Sept. 5, Bloomberg said.

It cited problems with the semiconductor supply as being behind the temporary pause.

He warned that the biggest issue was the inability to respond to customer demand, as brands do not have enough vehicles on hand to meet the demand.

Toyota Turkey manufactures Corolla and Toyota C-HR models. The majority of the production is exported to around 150 countries.

Microchips are essential for the electronics systems of modern cars, and have been in short supply since the end of last year.