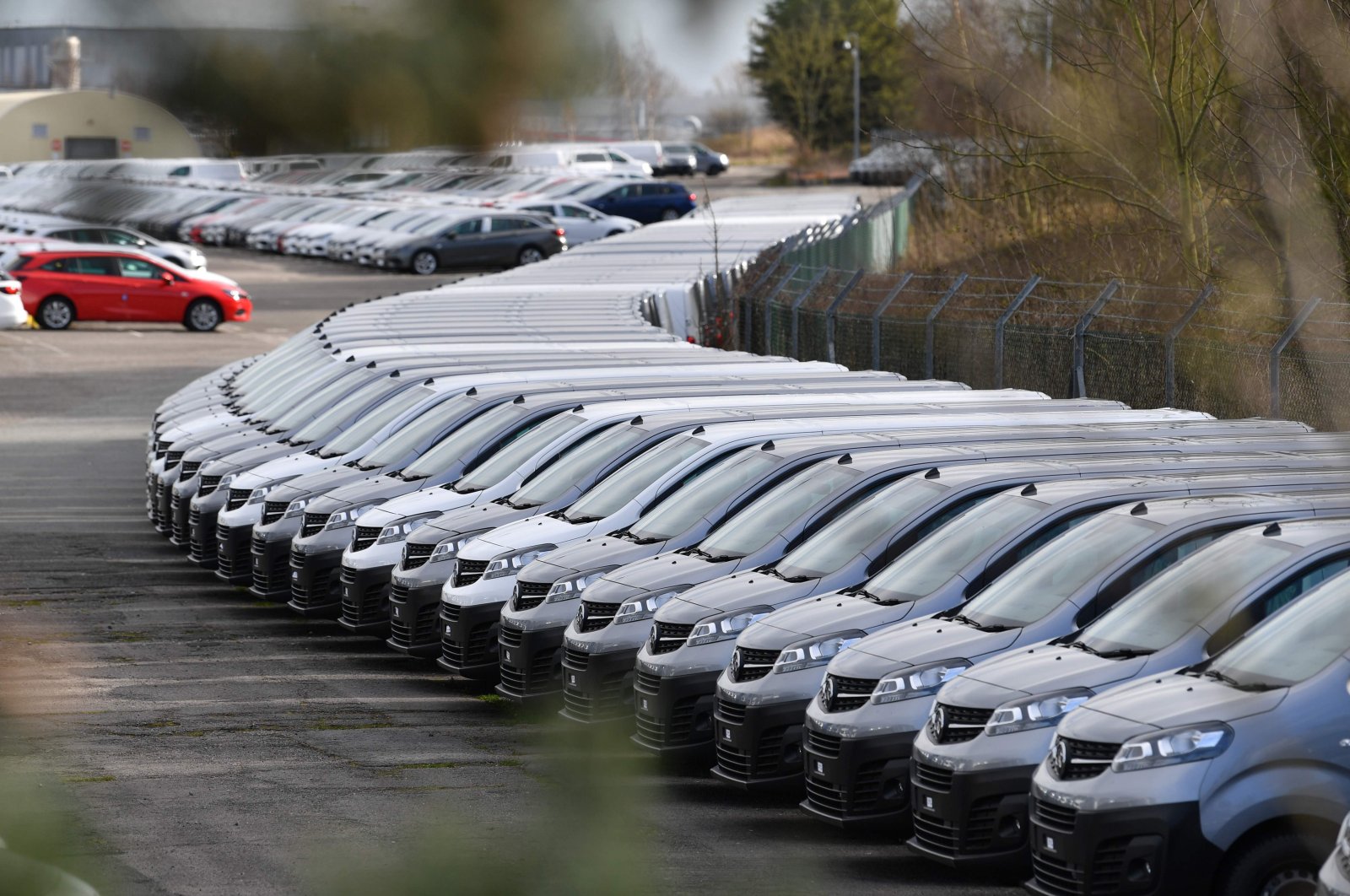 This picture shows cars parked at the Vauxhall factory in Ellesmere Port, east of Liverpool, after the owner, French automotive group PSA announced on March 16, 2020, the shutdown of all its factories in Europe during the week, due to the coronavirus. (AFP Photo)
by Daily Sabah with DHA Mar 22, 2020 4:19 pm
RECOMMENDED

Turkey's automotive industry has maintained its growth expectations for the year despite the coronavirus outbreak, claiming that orders deferred by the production halt will be reflected in more sales starting July.

According to a report by automotive sector data and analysis company, Cardata, the virus did not impact overall demand in Turkey and that the already-long waiting lists have gotten even longer due to disruptions in the global supply chain and delayed deliveries.

The report also revealed that the deliveries of vehicles are expected to normalize in July with the car market experiencing sharp growth.

Cardata general director, Hüsamettin Yalçın, said Turkish car dealers will continue to have issues of holding stocks of new cars for some three months but it would not impact the yearly sales.

“Despite impact from the coronavirus, we still maintain our estimated number of 710,000 car sales in 2020 due to the deferred demand, low-interest rate and growth expectations,” Yalçın said.

He added that they have recorded a rise in demand as more people prefer personal automobiles over public transportation due to hygiene concerns.

The company estimated around 160,000 car sales in March and April.

Meanwhile, the low stocks of new automobiles created a rise in demand in the second-hand market, pushing the prices of used cars up, Yalçın said.

He warned that prices in the secondary market have been artificially increased by car owners trying to exploit inventory shortages in the market.

As demand rises in Turkey, the supply side faces major disruptions everywhere else in the world with industrial giants reducing or even halting production.

“The impact of COVID-19 on the auto industry has gone well beyond the initial focal point of China, resulting in downward forecast revisions across most major markets,” said Jonathon Poskitt, director of global sales forecasts at LMC.

America's "Big Three" carmakers – General Motors, Fiat Chrysler and Ford – are temporarily halting operations throughout North America through the end of the month, the companies said in conjunction with the auto workers' union.

Most European carmakers, including Daimler, VW, BMW, Renault, Peugeot Citroen and Fiat Chrysler have shut down most if not all of their manufacturing lines. Nissan and Ford have also shut facilities in Europe.

Sweden-based Volvo Cars said Friday it was closing its European and U.S. factories but has reopened its factories in China.