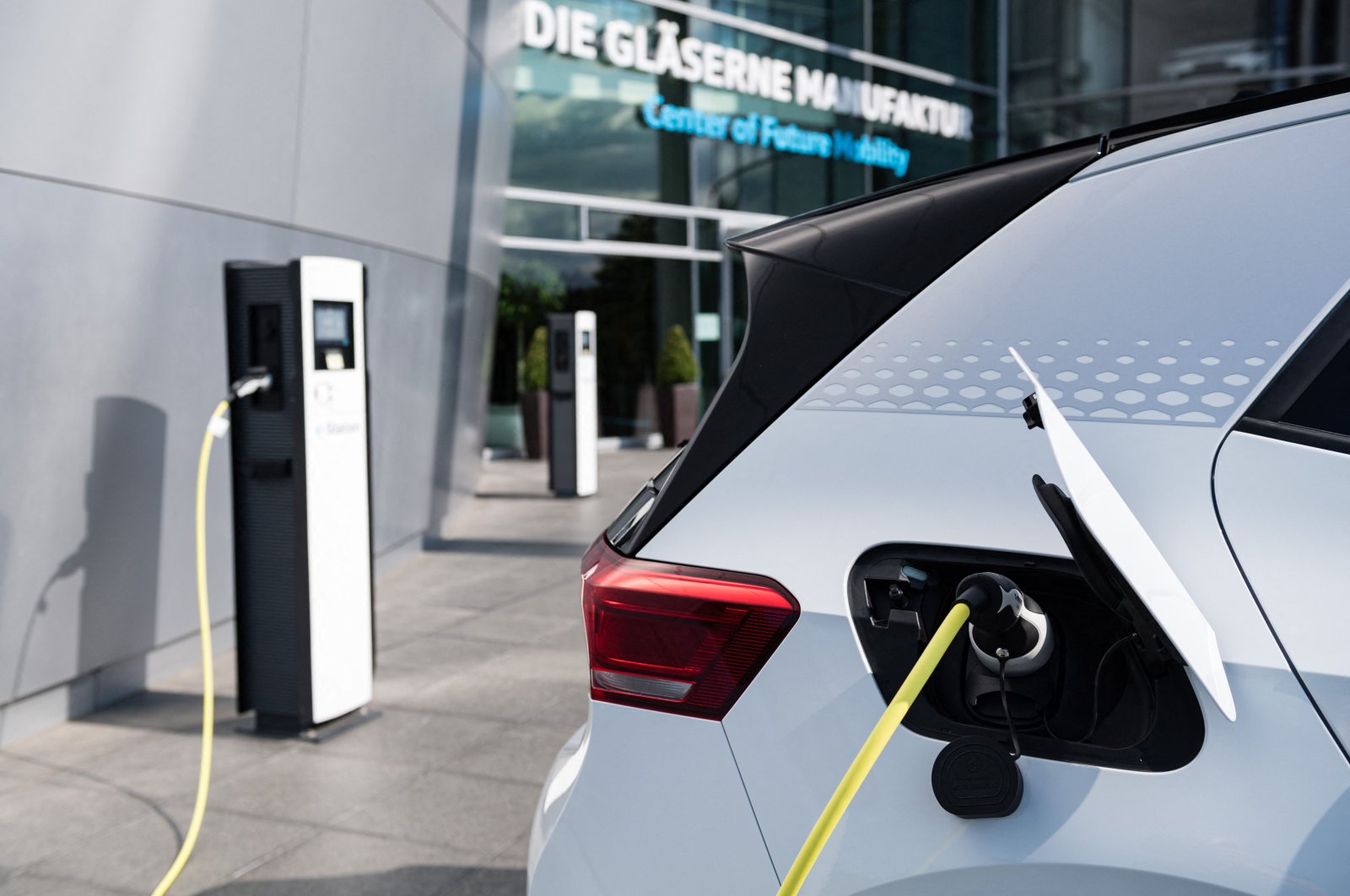 Volkswagen and BMW's plans to cement their place in the fast-growing electric car market and challenge Tesla could shift the dial on their relatively cheap shares.

A deadline set by many countries to go carbon-free by 2050 has led to the rising adoption of zero-emission vehicles and Tesla has been at the forefront of this transformation, selling long-range battery electric vehicles (BEVs).

Despite a recent pullback, its stock has soared 650% in the last year, helped also by a cult following for CEO Elon Musk.

But it is no longer the only electrification play in town.

Volkswagen, the German company competing with Toyota to be the world's biggest vehicle seller by volume, laid out its ambitious plan to turn 70% of European sales at its core VW brand electric during its "power day" last Monday.

The plan, months in the making, has helped to fuel a Tesla-esque rally in the 83-year old company's shares, with CEO Herbert Diess even taking to Twitter, Elon Musk-style to crow as the company's market value crossed 100 billion euros ($119 billion) earlier this month.

The stock is now up 52% year-to-date, taking its market value to 143 billion euros.

"With VW's CEO really pushing the message on BEVs across all channels (conventional media, investors as well as Twitter and LinkedIn) we believe the private investors are picking up on this story and could be quite a powerful force by themselves," said Barclays analyst Kai Alexander Mueller.

German rival BMW, meanwhile, said on Wednesday it was aiming for half of its sales to be non-fossil fuel vehicles by 2030, and that around 90% of its market categories would have fully-electric models available by 2023.

"No one can know today who will win in the global electric car market, but while there is greater balance among the players, in stock market valuations there is unprecedented imbalance between early adopters and those who are becoming so," said Alessandro Fugnoli, a strategist at Kairos in Milan, calling it "the rebirth of the German auto."

UBS recently forecast Volkswagen would match Tesla's output by 2025 and raised the price target on the company's shares by 50% to 300 euros – the most bullish target among the 28 analysts covering the stock. The stock is currently at about 223 euros.

"European carmakers, from a size and balance sheet perspective are well positioned to re-orient themselves towards electrification and they have strong distribution platforms," said Sunil Krishnan, head of multi-asset funds at Aviva Investors.

Despite its recent gains, Volkswagen's market value is still only about a quarter of Tesla's, and several analysts see further room for gains at both the German group and across the European autos industry.

"Abandoned by all, and in particular by investors, the German auto industry, after eating a lot of dust and falling in a state of disrepair, understands that adherence to electrics must be total," Fugnoli said.

As well as lifting German autos stocks, the electrification drive is helping to boost broader European equity markets, which have long underperformed those in the United States.

Germany's DAX has been setting new record highs in March.

"In Europe, it will remain a stock specific issue for a while, we won't be looking at the Euro50 this year as a tech index," Aviva's Kirshnan said.

"But these things can change quickly - look how quickly VW moved up in the market cap pecking order."