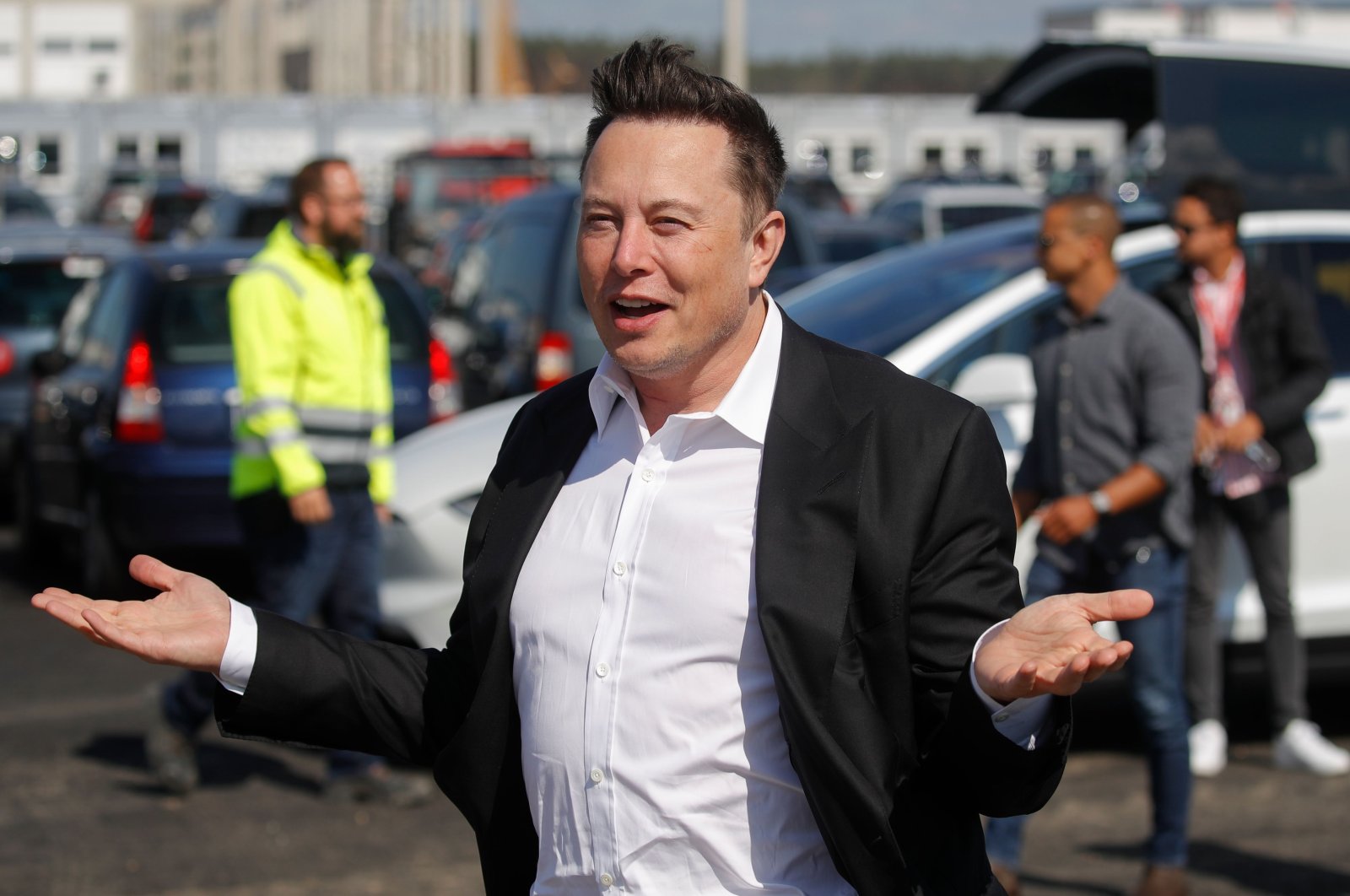 Elon Musk is now becoming more like a Wall Street heavyweight whose few words are able to move markets, like with his social media prognostications about Bitcoin or GameStop, further venturing away from his own business.

In his latest foray, the Tesla and SpaceX founder appeared on Clubhouse – a social network accessible only by invitation – to interview the head of online broker Robinhood, who is in the hot seat for his management of the GameStop affair, a chain of video game stores whose share price recently rocketed and is shaking hedge funds.

After discussing his ambitions for the colonization of Mars, as well as cryptocurrencies and artificial intelligence, Musk spoke with Vlad Tenev for 14 minutes, offering him the opportunity to respond to his detractors.

Robinhood has been limiting transactions on GameStop shares for several days.

But the gaming company, in fragile financial health, is being propped up by an army of small traders in a crusade against giant Wall Street hedge funds betting on its demise.

"Spill the beans, man," Musk said. "What happened last week? Why can't people buy the GameStop shares? People demand an answer and want to know the details and the truth."

Musk, who last month became the richest man in the world on paper thanks to a Tesla stock market boom, has nearly 45 million followers on Twitter.

Swept on by the success of his companies Tesla and SpaceX, as well as by interest in the electric cars and rockets they manufacture, he is considered by many fans to be a visionary, his slightest word enough to sway some investors.

When he changed his Twitter profile to read simply "#bitcoin" on Friday, the cryptocurrency's price temporarily skyrocketed by around 20%.

And the mere mention of the Polish publisher of video game CD Projekt, or the e-commerce platform Shopify or the craft market Etsy – which apparently delighted Musk with a hand-knitted hat for his dog – caused their stocks to soar.

The business giant, who has expressed his contempt for investors betting on a decline in a company's shares, waded in on the GameStop affair by tweeting a link to the Reddit group WallStreetBets, which helped stock of the video game specialist take off.

Influential figures jostling the fate of companies is nothing new, said Aswath Damodaran, a professor of finance at New York University.

Comments by banker John Pierpont Morgan more than 100 years ago, or Chrysler boss Lee Iacocca in the 1980s, could move markets. And the pronouncements of investment guru Warren Buffett are still scrutinized by many traders, earning Buffett the nickname "the Oracle of Omaha," the city where he lives.

"The fact that Twitter and Clubhouse have replaced traditional media is more a reflection of media than it is of markets," said Damodaran.

But Musk has been "very intentional about creating kind of an outlaw, outsider persona," said Christopher Smith, professor of communications at the University of Southern California.

"And that resonates with the tech bro culture," he said.

In a highly fragmented media landscape, Musk has mastered the art of using new technologies "to really stoke excitement," he said.

Other giants like Amazon founder Jeff Bezos rely on their business portfolio to do the talking, "but Elon Musk is probably more of an attention-seeking narcissist, he's much more of a showman," added Smith.

But his Twitter presence has caused him some headaches, too. Musk had a serious run-in with the U.S. Securities and Exchange Commission, which accused him in 2018 of misleading investors by tweeting about a possible withdrawal of Tesla from the stock exchange. The tweet forced him to step down as chairperson of the automaker's board.

On Tuesday, meanwhile, Musk tweeted that he is "off Twitter for a while," performing a dramatic out with few words just as the ones caused to move the markets.