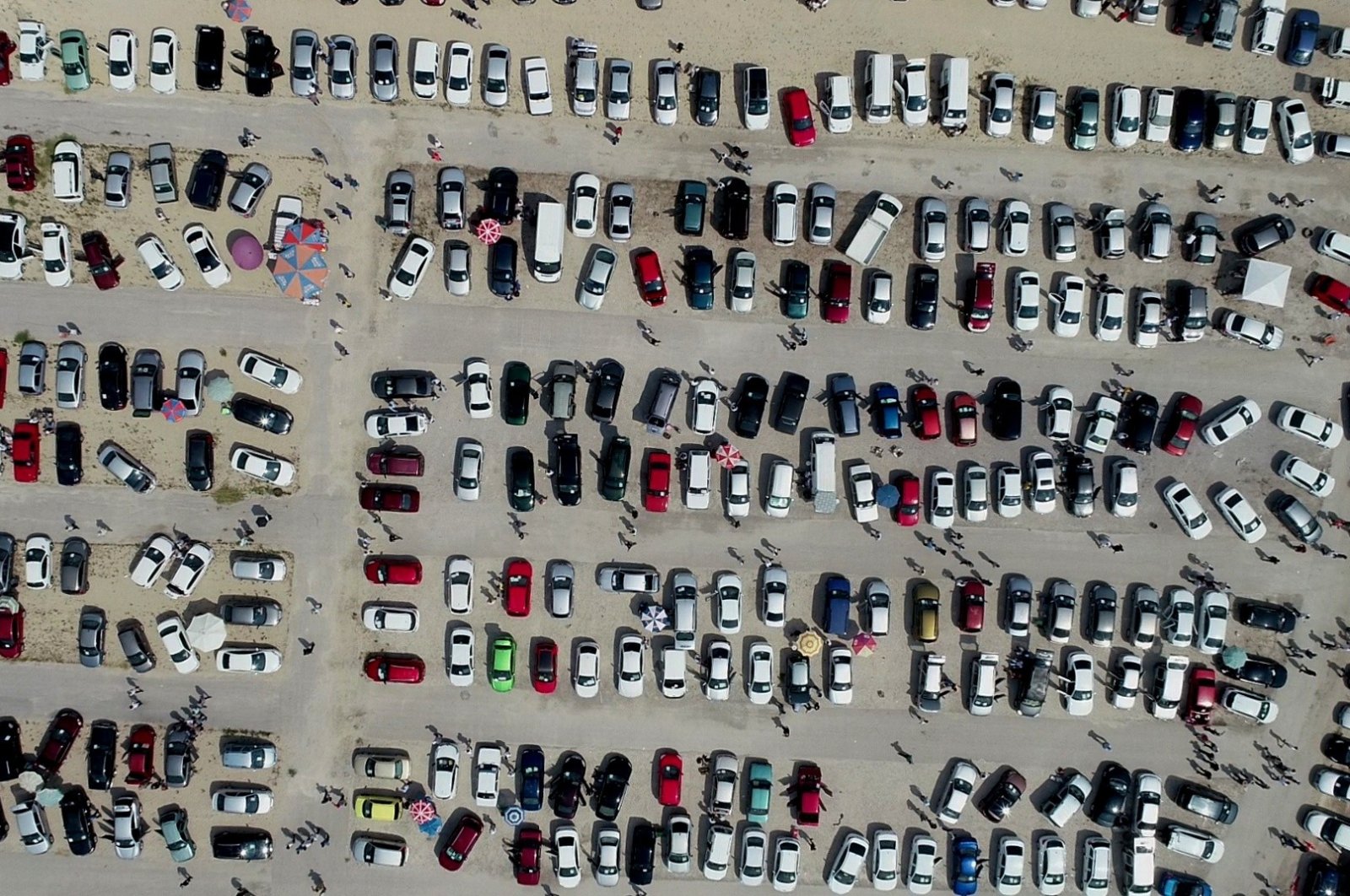 High demand coupled with supply shortages have pushed Turkish citizens toward secondhand vehicles, resulting in an uncontrolled increase in prices, a trend industry representatives project will continue until at least the end of the year

The end of stay-at-home orders and lockdown measures in Turkey has prompted an unexpected trend. Fewer new vehicle stocks have been on the market in response to skyrocketing demand. The result: The prices of used vehicles have and will seemingly only drift northward.

“Unfortunately, prices in the secondhand (car market) will continue to rise because not enough new vehicles that would normalize the secondhand prices have entered the market over the last three months,” said Hüsamettin Yalçın, general manager of the automotive sector data and analysis company Cardata.

An abrupt drop in activity and halt in production due to the pandemic dealt a heavy blow to the car market, especially in March and April. With lockdown measures imposed to combat the spread of the pandemic and dampening consumer confidence, sales nosedived. Still, Turkey managed to make it through the crisis less affected than other countries.

Since it decided to start lifting measures in May and having lifted most of them since June, Turkey has been witnessing a skyrocketing demand for cars. It emerged mostly due to the cheap loan campaigns put forth by public lenders as of June and a rising preference for car ownership rather than the use of public transport.

But this caught many by surprise. Carmakers have been left with no vehicles to sell in their inventories, mostly because they were forced to halt production during the height of the pandemic and due to the deterioration in supply chains caused by the crisis. All this drove up used car prices.

“The sufficient supply in the new vehicle market is the biggest factor that keeps used car prices in balance,” Yalçın told Daily Sabah. “However, we are talking about a vehicle supply of nearly 250,000 units, which could not enter the market in the last four months due to the pandemic.”

High demand but lack of supply have pushed citizens who have been going to dealerships but could not find a new vehicle to purchase used vehicles. “This has led to a significant boom in demand,” said Yalçın.

The result has been a nearly 40% increase in secondhand car prices in almost five months since March, he added.

“The new vehicle market and used car market are interconnected markets. The price of a new vehicle is the biggest determinant of the price of a secondhand car. Since there is a lack of new cars in the market at the moment, a lack of production and imports, there are significant difficulties in the supply of new vehicles,” Yalçın explained.

‘Price hikes to continue until at least year-end’

Some 254,068 passenger cars and light commercial vehicles were sold in Turkey from January through June of this year, a 30% year-on-year increase, according to Automotive Distributors’ Association (ODD) data.

In comparison, sales of new cars in the European Union posted a 38% year-on-year decline in the first half of the year, according to the European Automobile Manufacturers' Association (ACEA). Some 4.28 million new cars were registered across the 27-member bloc from January through June, down from 6.9 million in the same period of last year.

The easing of lockdown measures and low-interest loan packages by three public lenders, namely Ziraat Bank, VakıfBank and Halkbank, for new and secondhand vehicles to spur domestic demand in Turkey brought a 66% year-on-year increase in sales in June. Some 70,973 passenger cars and light commercial vehicles were sold in the month.

“We can say that secondhand vehicle sales took flight with the low-interest loan campaign unveiled at the beginning of June,” Yalçın said.

Supply shortages, however, forced some potential buyers to walk away empty-handed, pushing them to turn to preowned options.

Yet, Yalçın said the production capacity at factories, which have been operating since mid-May albeit with low capacity, will continue to increase in the summer months.

However, Yalçın stressed, the prices of used cars are projected to continue to increase until at least the end of the year.

However, the three state lenders last week announced that they will no longer issue loans for car purchases from six brands, including Honda, Hyundai, Fiat, Ford, Renault and Toyota, due to their recent price hikes. The industry representatives have said the decision to exclude the carmakers will likely push buyers toward used cars and further increase prices in the market.

On the other hand, with the coronavirus showing no signs of abating soon, many feel traveling by public transportation is not a safe option.

“Perhaps the most important dynamic this pandemic process introduced to our lives as a new one was that people started to avoid public transportation and prefer private vehicles because of hygiene,” Yalçın explained.

Furthermore, the unwillingness of people to use ride-sharing services amid coronavirus concerns is supporting the used vehicle prices. Demand for public transport is expected to recover only when a COVID-19 vaccine is developed.

Yet again, he added, citizens looking for both used or new vehicles were unable to become owners due to scarcity and supply shortages.

“It has been difficult to purchase a new car due to lack of new units. On the other hand, it was also difficult to buy a secondhand vehicle as prices of preowned cars increased and, in some models, exceeded the prices of new vehicles,” he continued. “This reflected negatively on the market due to very high prices and demand, which was already high and further increased, but without enough supply.”

According to the average used car data, the price of the same car was TL 101,300 in January. The price increase of almost 31% is said to be for an average C-segment vehicle.

On the other hand, the situation in the fleet and car rental sectors further affected the market.

These two are known for the fact that they generally purchase large numbers of new vehicles and sell them at a later date, a trend that normally increases the supply in the used market.

However, due to a halt in production amid the pandemic and supply shortages, they were not able to purchase new cars this time, which made them hold on to the vehicles they have. This led to a further decline in supply in the secondhand market.

“In short, we have had a secondhand vehicle market with high demand but low supply during the pandemic. This has also caused used car prices to peak,” Yalçın said, adding that the fleet and car rental sectors will breathe a sigh of relief once production returns to normal and they are enabled to buy new vehicles. He added that they project the rental prices will normalize toward the end of the year.

Since nearly all the cars that rolled off the assembly lines were almost immediately sold amid low production and imports and stock shortages, the whole situation led to a segment known as “opportunists,” he added.

“They have managed to offer and even sell some cars, which they had previously bought at a base price, by asking additional amounts of as much as TL 150,000,” the Cardata general manager stressed.

“The citizens who wanted to buy these vehicles but could not find them at a dealership encountered these high prices. This also resulted in a further increase in already high secondhand car prices. In fact, this is the first time in the entire history of the Turkish automobile market that prices of secondhand vehicles exceeded the price of new vehicles due to an increase in the demand in this period,” Yalçın noted.

According to the Turkish Statistical Institute (TurkStat) data, around 7.6 million vehicles were sold in the used market in 2019. While some industry representatives have recently said this figure could hit 8 million this year, Yalçın said although sales have not reached the desired levels in the first six months of this year due to the pandemic, they could reach 8.5 million in the remaining months of the year.

“The increased supply of new vehicles, the secondhand supply from fleet rental companies and consumers being able to easily sell used cars will increase the availability in the secondhand market, and sales will see higher numbers by the end of this year,” he noted.